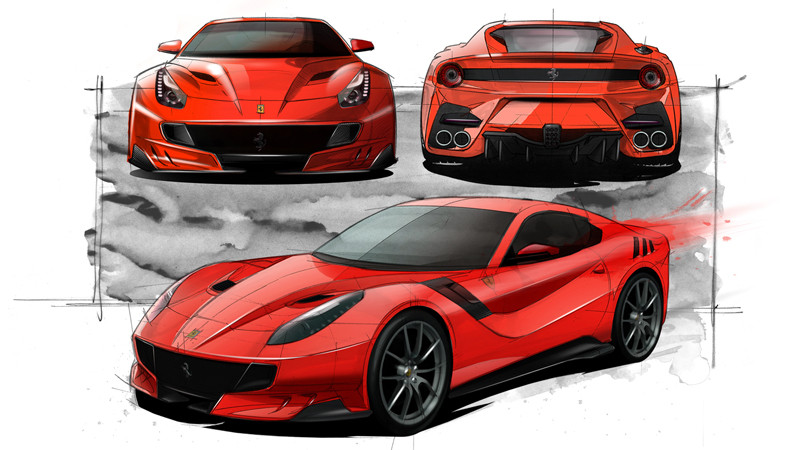 Fiat-Chrysler has parted ways with the legendary supercar maker Ferrari as the Italian volume manufacturer distributed 80% of its stakes to open the doors for a floatation initially heralded last year. The move made this past weekend has led Ferrari’s shares to be traded in the Italian stock exchange. The Fiat-Chrysler brand took its direct control over Ferrari back in 1969 and has done a handy job in making the already famed outfit globally successful.

Ferrari’s recently appointed CEO and the Chairman of FCA(Fiat Chrysler Alliance), Sergio Marchionne, said this has been a significant act in pursuing the business plans sketched for FCA by following a different approach with Ferrari. Sergio Marchionne was reported to have clashed heads with former Ferrari CEO Luca di Montezemolo who was at the helm of the company from 1991. They had unsolved disputes with the direction in which Ferrari needs to head towards in the future and thus led to the departure of the long-serving loyalist Montezemolo from the head of operations last year.

Moreover, fingers were pointed at him for the despair performances Ferrari had endured in Formula One – the sport in which the company’s core value and business revolve around – in the last few years with no world championships since 2007. Fiat-Chrysler no longer has the power after its 80% of controlling stakes have been distributed in the Italian stock marketplace. However, the distribution still means that the Fiat’s founder Agnelli family is the largest shareholder with a stock of 24%.

Piero Ferrari is the son of the Maranello-based luxury supercar manufacturer’s founder Enzo Ferrari and he holds 10% stakes in the company. Last month, they penned a first refusal agreement to hamper any hostile takeovers. As the long-term investing partners are responsible for economical matters, both Piero Ferrari and the powerful Agnelli group have influential voting rights of under 49% because of the stock distribution.