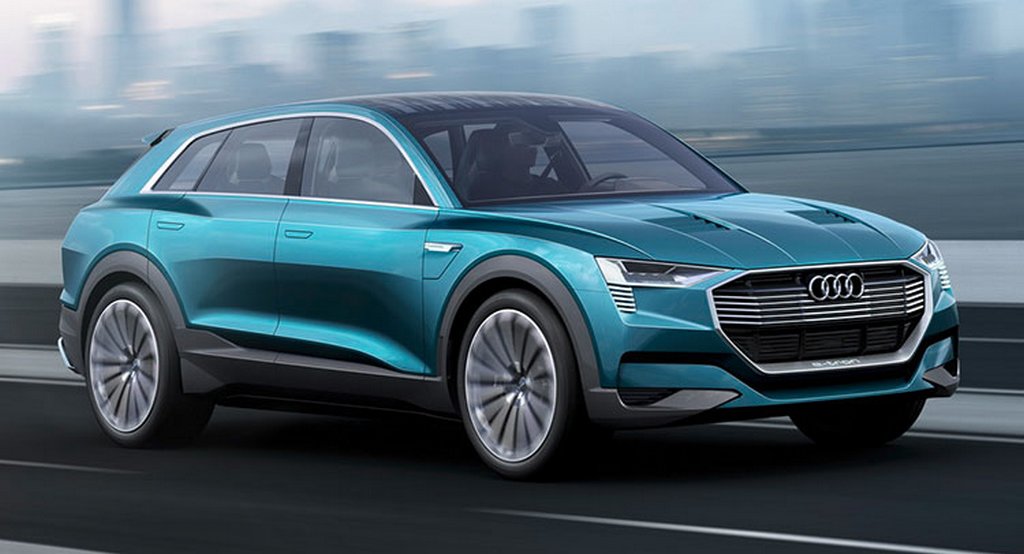 Audi targets Tesla in Electric Vehicle sales; one third of total production is said to be EVs by 2025

As part of strategic overhaul and having a sustainable future, Audi will be focussing on selling electric cars to the account of one fourth of the total global sales volume at around year 2025. This hints at the German luxury manufacturer competing head-on-head against Tesla. The Volkswagen Group has heavily been criticized by the diesel emission scandal worldwide and thus Audi will also be taking the responsibility in bringing them back to the top position they once were.

Audi will be dedicating one third of its research and development investment into electric cars, autonomous driving technology and digital services. Considering the fact that Audi sold nearly two million cars globally in 2015, half a million are expected to be electric cars in the years to come. This puts Audi right in the frame with Tesla which aims to sell as much estimated cars by the end of this decade. At a conference, the marque’s CEO was said to have devised a business outline to more than 2,000 managers in Munich yesterday. The electric vehicle market has not got up to the speed as the German trio languishes far behind the Japanese counterparts Toyota, Honda, Lexus and Nissan currently in annual sales of electric and hybrid vehicles.

The existing scenario is that the electric vehicle market is yet to be accepted by customers as the low mileage range and high recharging times put them off certainly. With the environmental regulators intensifying the restriction on toxic fumes, the production capacity and electric vehicle technology are set to be increased. With less electric sport utility vehicle and broadened demand for hybrid vehicles, the full EVs seem to have taken a hit. Audi which leads BMW and Mercedes in electric vehicle sales will be implementing cost cut on internal combustion engine programmes to strengthen the development of EVs.

So, expect less nation-specific variants from the brand here on. Volkswagen also announced its desire to become leader of green revolution by 2025 by spending billions in ride hailing technology, electric cars and autonomous driving. Volkswagen last month announced plans to spend billions of euros on electric cars, ride-hailing and automated driving to become a world leader in green transport by 2025.
Source: Reuters