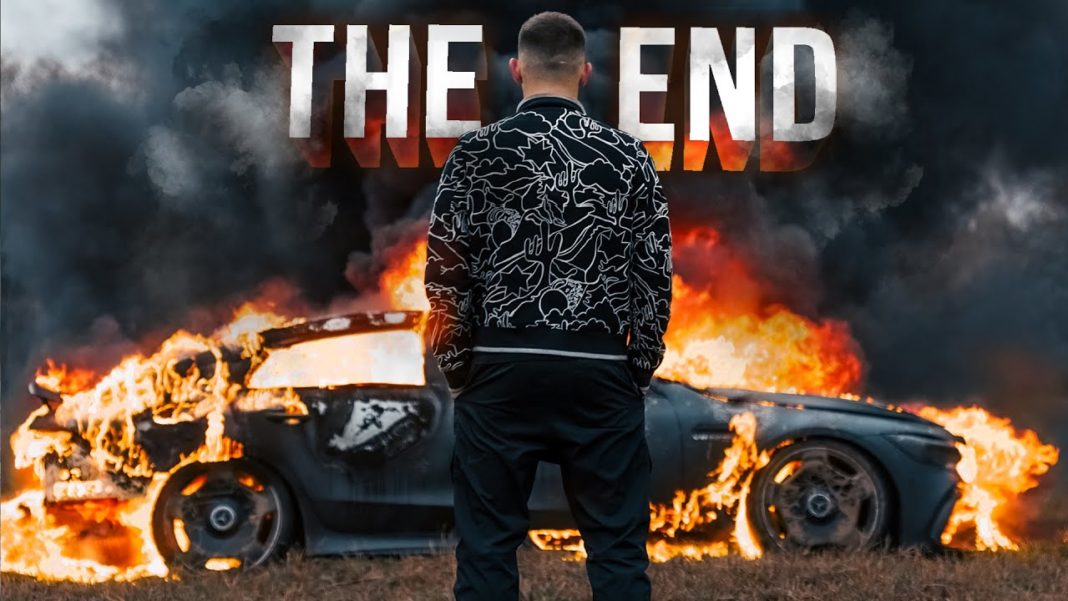 After burning down his GT 63 S 4-door Coupe, the Russian vlogger continues to eat his sausages while reminiscing about the car, and then drives home in a green quaint car

In a bizarre incident, a Russian YouTube vlogger and also the owner of a Mercedes-AMG GT 63 S has set fire to his luxurious four-door coupe sports car in a protest against the German car manufacturer. Mikhail Litvin, who has almost 5 million subscribers on YouTube, seems to have been frustrated due of the behaviour of one of the brand’s dealerships.

It is claimed that Litvin encountered a host of issues with his Mercedes-Benz car, and sent it to a local dealership five times but apparently, the dealer refused to repair it. That seems a little too hard to believe, and honestly, that isn’t a good enough reason to burn your car down either, especially if costs RUB 7,980,000 (approx. INR 76.93 lakh) without add ons.

The video shows the GT 63 being parked in a field, and then Litvin starts to pour gasoline all across the car, both on the outside, as well as the inside. After that, he pours gasoline across the field in a trail leading towards the car from a distance. The vlogger uses the remaining gasoline to cook some sausages, just before lights up the gasoline-soaked trail.

The result is obvious, with the GT 63 S four-door coupe ending up in flames. The video seems to be more of a publicity stunt than a protest against the manufacturer. Nonetheless, the YouTube video has already garnered over 10 million views, and maybe down the road he will earn enough from the video to buy a replacement for the car.

Talking about the car, it comes equipped with the AMG 4.0-liter V8 bi-turbo engine that generates 639 horses and a massive 900 Nm of peak torque. The coupe is capable of sprinting from 0 to 100 km/h in mere 3.2 seconds.

In the Indian market, Mercedes-Benz retails the GT 63 S 4Matic+ 4-door Coupe at a base price of Rs 2.4 crore (ex-showroom), making it one of the most expensive Mercedes-Benz models to be sold here in the country.