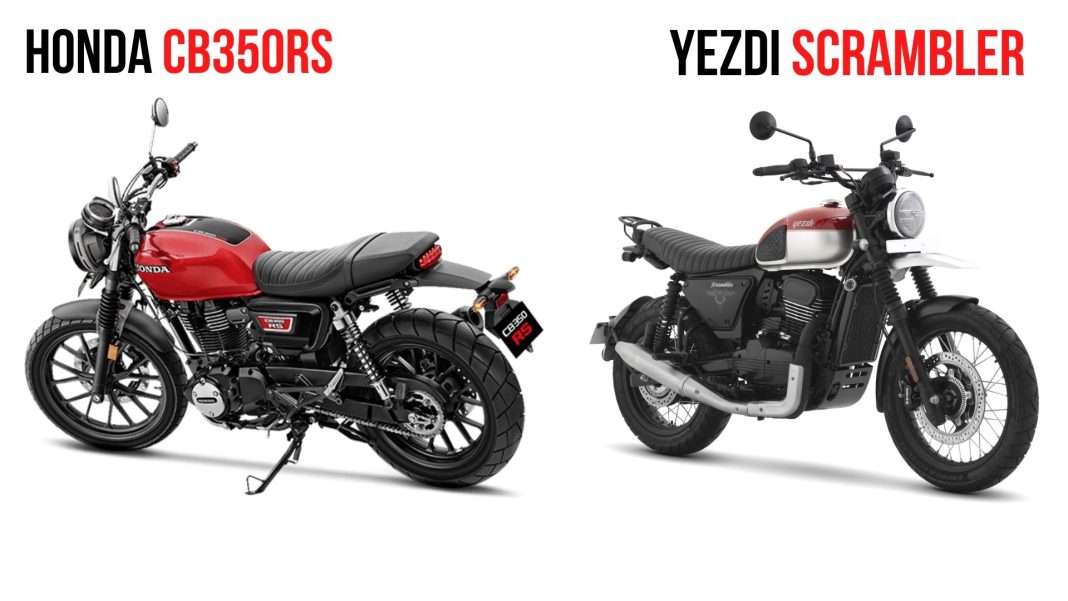 Check out this spec sheet comparison between the newly-launched Yezdi Scrambler and its closest rival in India, Honda CB350 RS

Yezdi has finally made a comeback in India, and its arrival is quite loud! The brand has kicked off its new innings with three offerings, named Roadster, Adventure, and Scrambler. Personally speaking, that last one seems to be the most exciting of the lot, seemingly suited for both off-road riding and daily city commuting.

There is just one scrambler-style motorcycle in this segment currently – Honda CB350 RS – and here, we bring you a specifications comparison between the two.

Among all Yezdi motorcycles, Scrambler has the most badass design. It gets a round headlamp, a beak-like front fender, an offset instrument pod, a rounded fuel tank, a tiny round taillamp, a top box mount, and a tiny rear fender. It gets a ribbed single-piece seat, which inclines up steeply at the back. 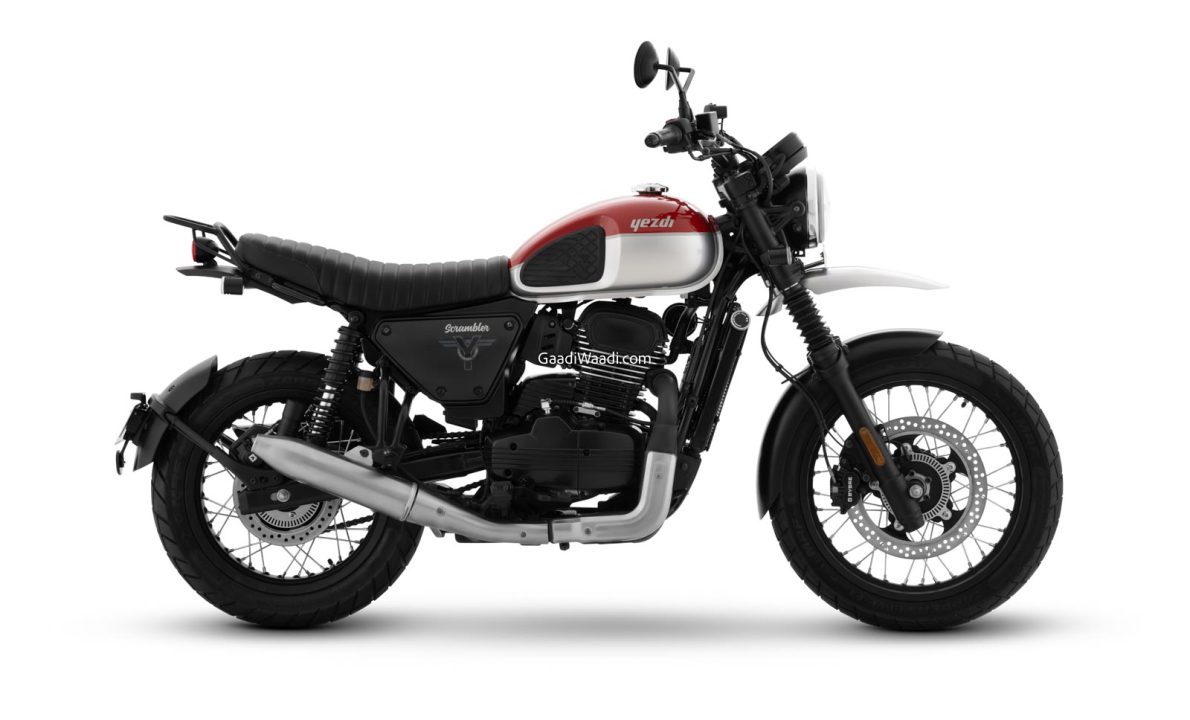 The flat handlebar is fairly tall, and the seat is slightly tall as well. The foot-pegs are placed slightly forward, which make it easy to stand up when riding through broken patches and adventure trails. Also, it gets two exhaust pipes, which does give it a sporty overall look.

Honda CB350 RS is a very handsome neo-retro motorcycle, based on CB350 H’ness. It gets the same round headlamp, fuel tank, and side body panels as the latter, but the tail section is different. The RS gets a simpler rear fender, sleek taillight, and the single-piece seat has a ribbed design. 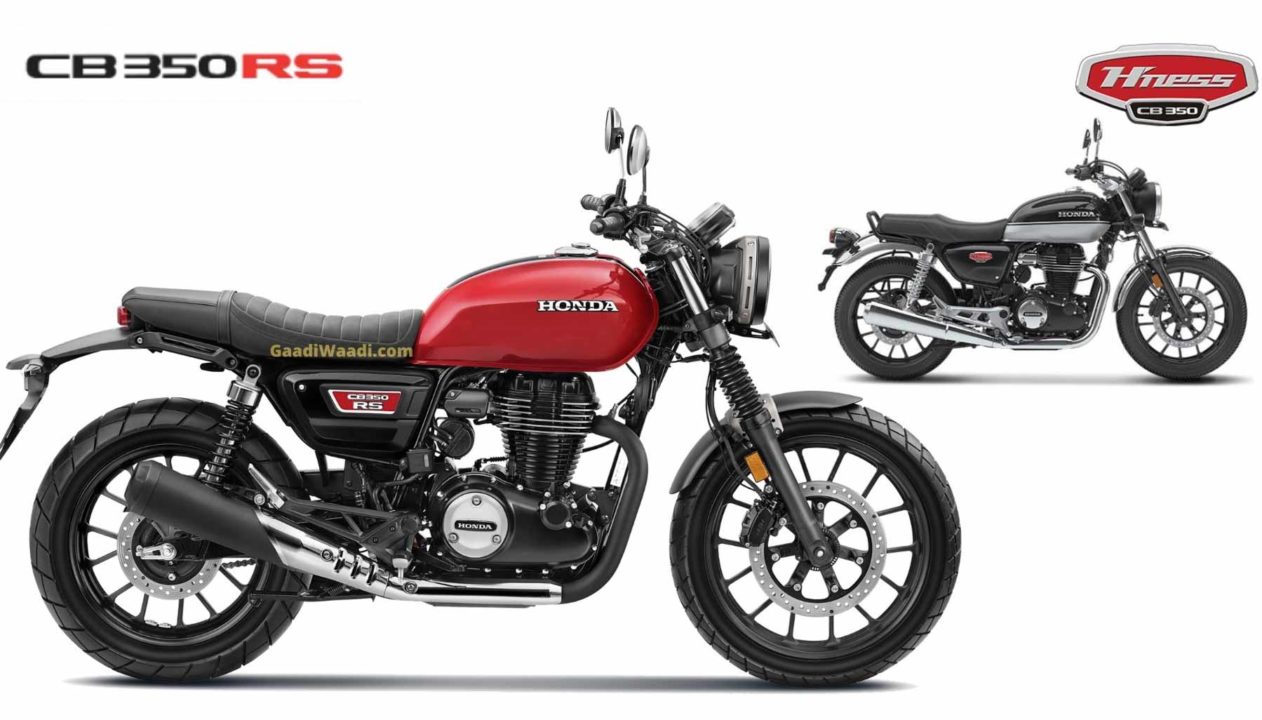 The seating posture strikes a good balance between sporty and upright. The handlebar is not too high, the seat is slightly on the taller side, and the footpegs are centre-set. These ergonomics are best suited to the road, but off-road sections aren’t too difficult to tackle.

Yezdi is offering a lot of features on Scrambler, including a digital LCD instrument console. A second display would be available as an accessory later, which would add smartphone connectivity (via Bluetooth) to the mix. Connected features will consist of turn-by-turn navigation, phone notifications, ride details, and owner profile. 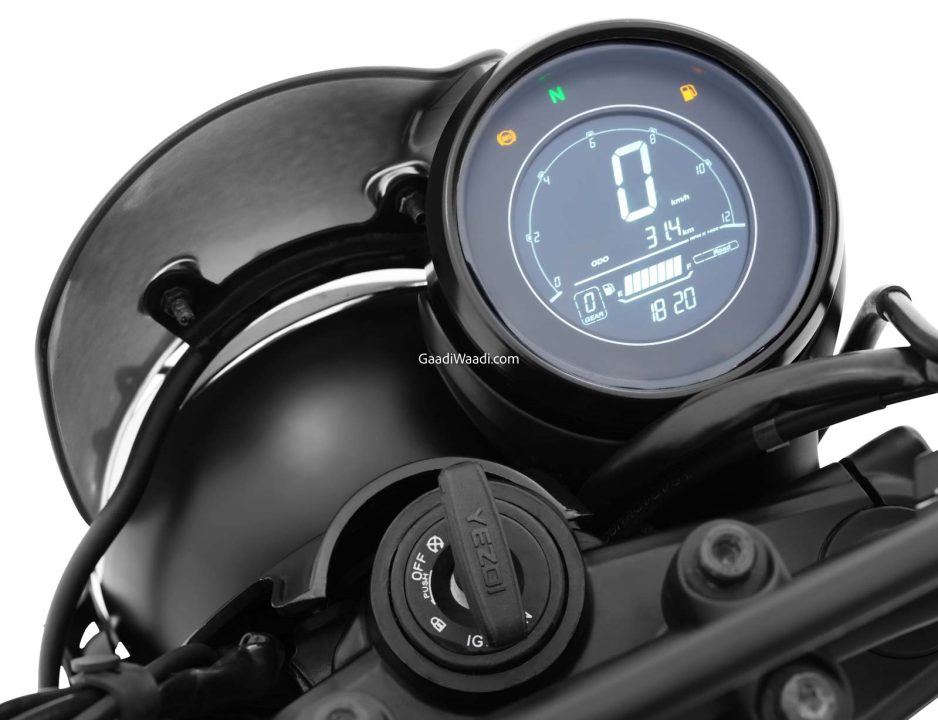 The front end of the bike is suspended on conventional forks, along with dual shock absorbers at the rear. The Yezdi also gets wire-spoked wheels (19-inch front and 17-inch rear), all-LED lighting, disc brakes on both wheels, and dual-channel ABS (with three modes- Road, Off-road, Rain).

Honda CB350 RS is extremely well equipped as well; it gets a semi-digital instrument console, but unlike the H’ness, it misses out on Bluetooth-enabled smartphone connectivity. However, traction control is offered on the bike. It isn’t a very sophisticated system, but it’s good for newbies. Other than that, the Honda gets conventional telescopic front forks, twin rear shockers, all-LED lighting, alloy wheels (19-inch front and 17-inch rear), disc brakes on both wheels, dual-channel ABS, and a slipper & assist clutch. On the equipment front, there is no clear winner between them.

Yezdi Scrambler has the smaller engine in this comparison, but this liquid-cooled motor generates a lot more power! That said, Honda CB350 RS has the advantage in terms of torque output. The Yezdi gets a 6-speed gearbox, while the Honda has a 5-speed transmission on offer.

On paper, it looks like the Scrambler will be the better performer, although we’ll have to ride them around together to know how they perform out in the real world. Honda’s tall gearing does hamper its performance a little, so there’s a lot to check here. 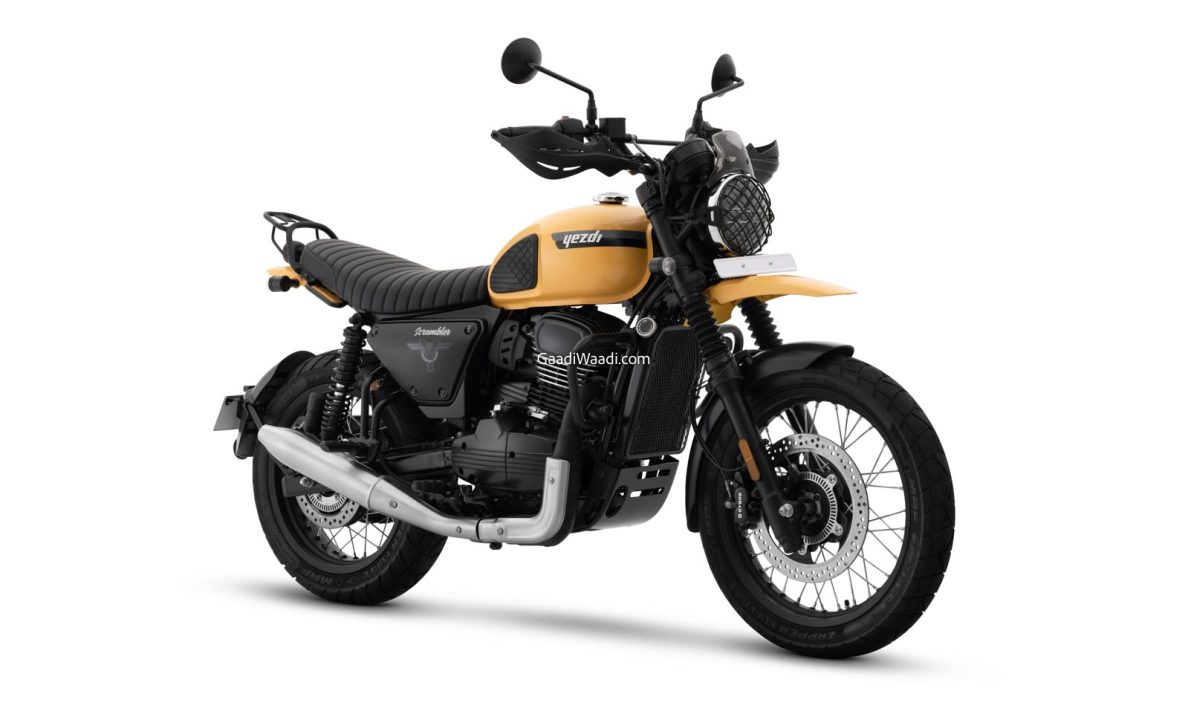 The Honda is more affordable among these two, which makes it very appealing. However, the Yezdi is much more powerful, gets a lot more colours, and seems much more rugged, all at a slightly higher cost. Overall, this is more or less a tie on paper. We shall bring you a real-world comparison very soon, so stay tuned!