Yezdi Adventure is the most powerful motorcycle within the brand’s range as the 334 cc liquid-cooled engine develops 30.2 PS maximum power and 29.9 Nm

Classic Legends brought back Jawa Motorcycles in late 2018 and only a few weeks ago, the BSA company was revived in the UK. The Mahindra-owned firm has now announced the much-awaited return of Yezdi by launching three motorcycles namely Scrambler, Roadster and Adventure, and they are retailed through the same dealer network as Jawa.

The adventure touring segment has really gotten popular in recent years and the Royal Enfield Himalayan is one of the top sellers alongside the Xpulse. The Yezdi Adventure competes directly against the RE Himalayan and is priced bang on target. It costs Rs. 2.09 lakh for Slick Silver, Rs. 2.11 lakh for Mambo Black and Rs. 2.18 lakh for Ranger Camo (all prices, ex-showroom). 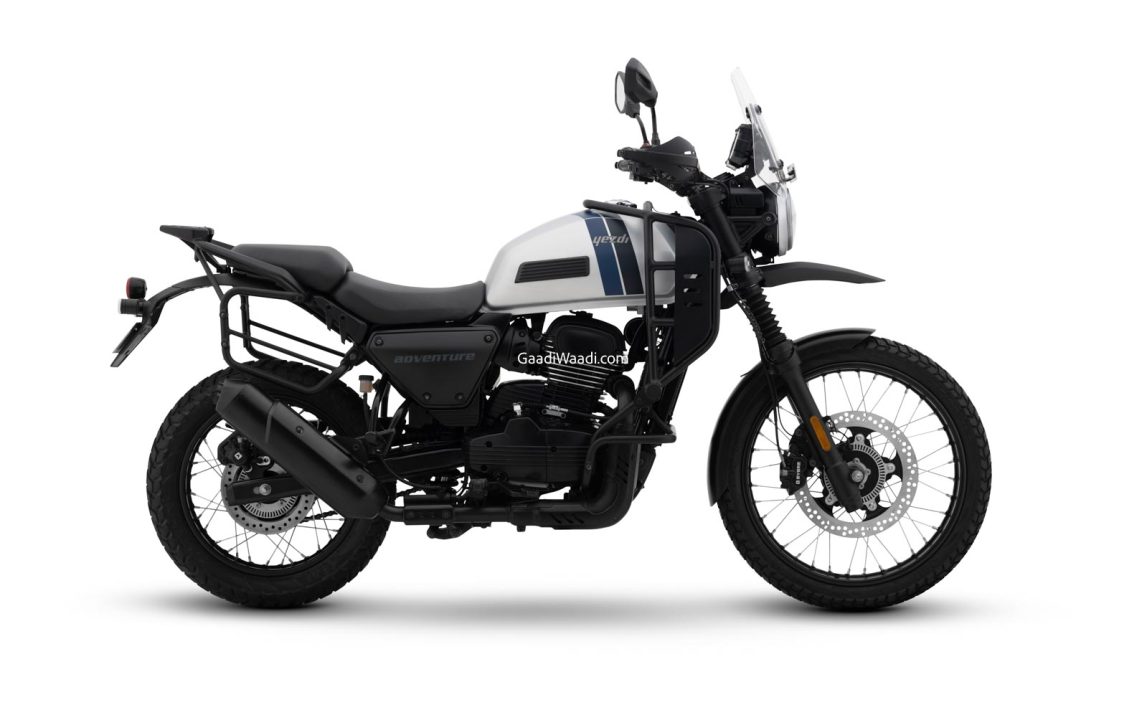 The Yezdi Adventure is packed with features such as an LED headlight, LED taillight and LED turn blinkers alongside an LCD instrument cluster with trip meter, speedometer, distance to empty, time, ABS mode and gear indicator. It is the only motorcycle in the Yezdi trio to have Bluetooth connectivity and a turn-by-turn navigation system as standard.

The dual-purpose adv gets a first-in-segment tilt-adjustable display for 15 degrees as it will be helpful during regular on-seat and stand up positions for the rider. The smartphone app enables owner profile, vehicle information, incoming calls, missed calls, incoming messages, battery status, turn-by-turn navigation signals, setting up routes, etc. 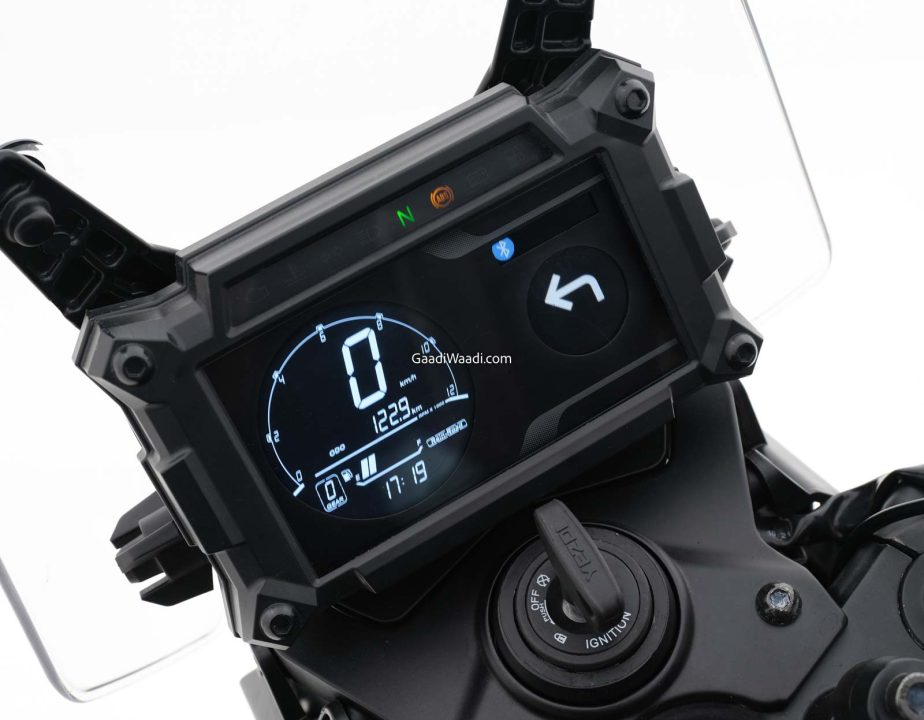 The Yezdi Adventure has a typical retro-modern adv styling with the presence of a beak at the front, a tall windscreen, circular headlamp, 21-inch front and 17-inch rear spoked wheels, side-mounted single exhaust system (Scrambler and Roadster have twin exhaust pipes) and split seats, tank braces, luggage rack, tall set handlebar and so on. As for the performance, the Yezdi Adventure comes fitted with a 334 cc single-cylinder liquid-cooled four-stroke fuel-injected DOHC engine kicking out a maximum power output of 30.2 PS at 8,000 rpm and 29.9 Nm of peak torque delivered at 6,500 rpm. The powertrain is hooked with a six-speed constant mesh transmission. Just as the other two, the Adventure is underpinned by the same double-cradle frame. It is suspended on telescopic front forks with coil springs (200 mm wheel travel) and a monoshock rear with preload adjustability (180 mm wheel travel). A 320 front disc and 240 mm rear disc brakes sourced from Bybre are assisted by a dual-channel ABS system from Continental.

As for the dimensions, the Yezdi Adventure has a wheelbase length of 1,465 mm, ground clearance of 220 mm and a seat height of 815 mm. It tips the weighing scale at 188 kilograms and the fuel tank has a capacity of 15.5 litres.