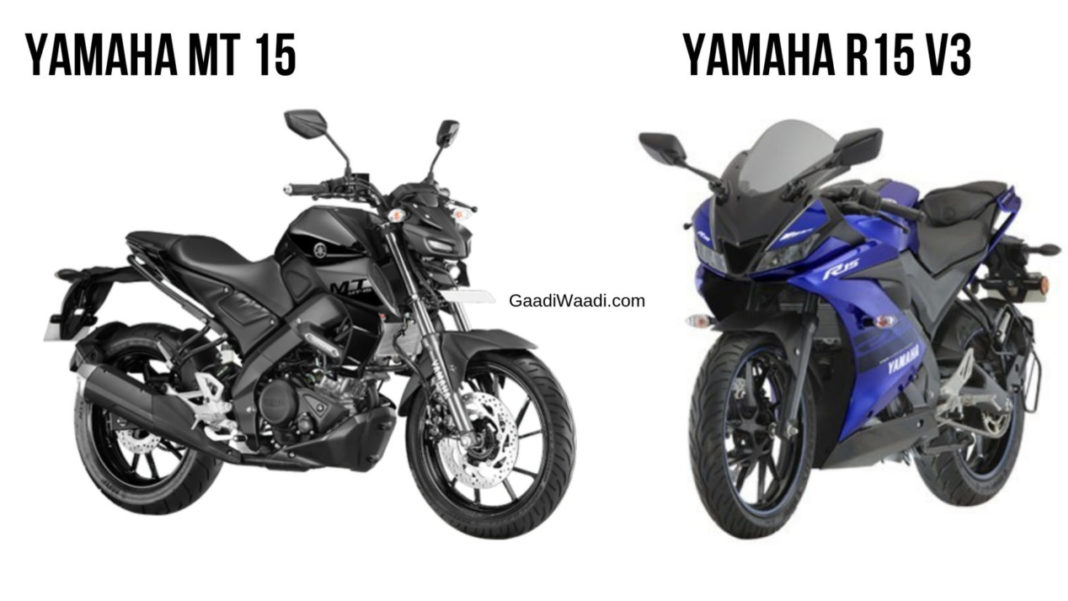 With not much of a price difference between the two, find out which will actually be the right choice for you

Yamaha finally launched the much-awaited MT-15 in India yesterday. Priced at Rs. 1.36 Lakh (ex-showroom) the naked streetfighter is positioned in between the recently launched FZ V3.0 and the YZF-R15. Until now we have received mixed responses from the people about the newly launched motorcycle.

Some said that the new MT-15 will appeal to those who want more performance out of their motorcycle while the rest of the people are calling it an overpriced machine. The MT-15 is powered by the same liquid-cooled, single-cylinder, 155 cc, SOHC, four-valve motor. The engine produces 19.3 PS of peak power at 10,000 rpm and 14.7 Nm of peak torque at 8,500 rpm.

The engine is paired to a 6-speed gearbox which sends power to the rear wheel. It even gets a slipper clutch as standard. That said, here is the list of key differences between the newly launched MT-15 naked Streetfighter and the already existing YZF-R15 V3.0. Find out why will you pay the extra buck to get your hands on this newly launched Yamaha MT-15 when you can easily get your hands on any other 150cc offering at a much lower price. 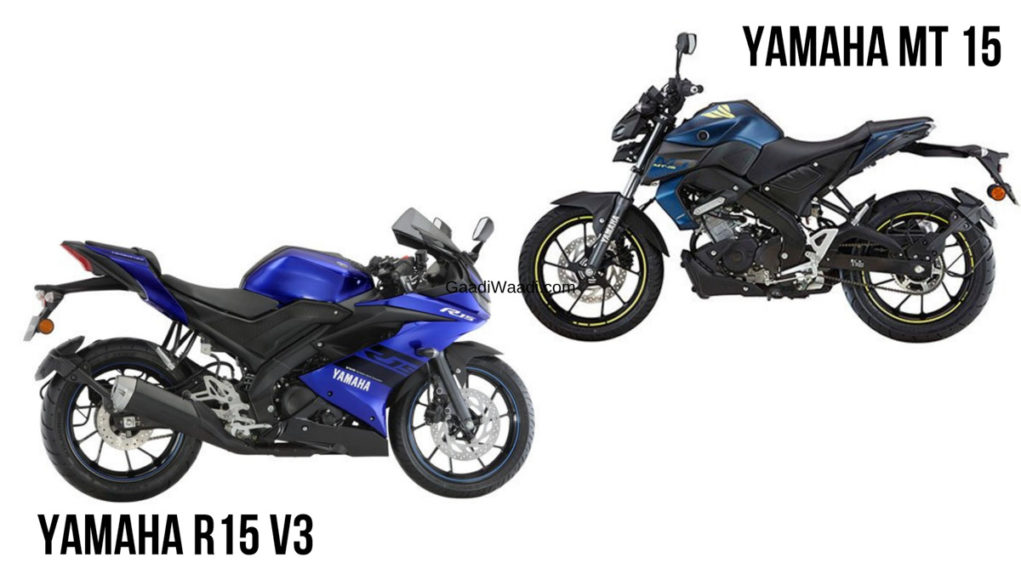 The MT-15 features a more muscular looking fuel tank (the MT-15 has a fuel tank capacity of 10 litres which is exactly 1 litre lesser than the YZF-R15’s 11 Liter fuel tank). The MT-15 also gets a single round shaped bi-functional LED headlight the R15 on the other hand, gets a dual LED headlamp setup. 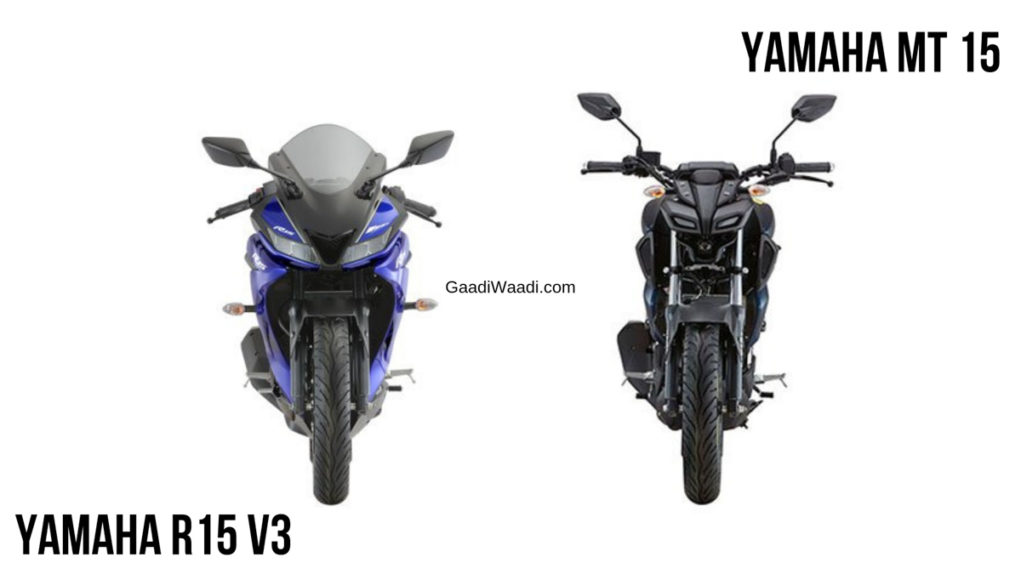 The MT-15 is also longer and wider motorcycle than the YZF-R15 and has a longer wheelbase. The naked streetfighter also misses out on the full fairing and its engines remain completely exposed. The MT-15 features a wide handlebar which helps in easy manoeuvring in city traffic (the R15 on the other hand, get a set of clip-on handlebar which provides committed riding stance). Lastly the naked streetfighter also gets a slimmer rear profile and a different set of LED taillamp. 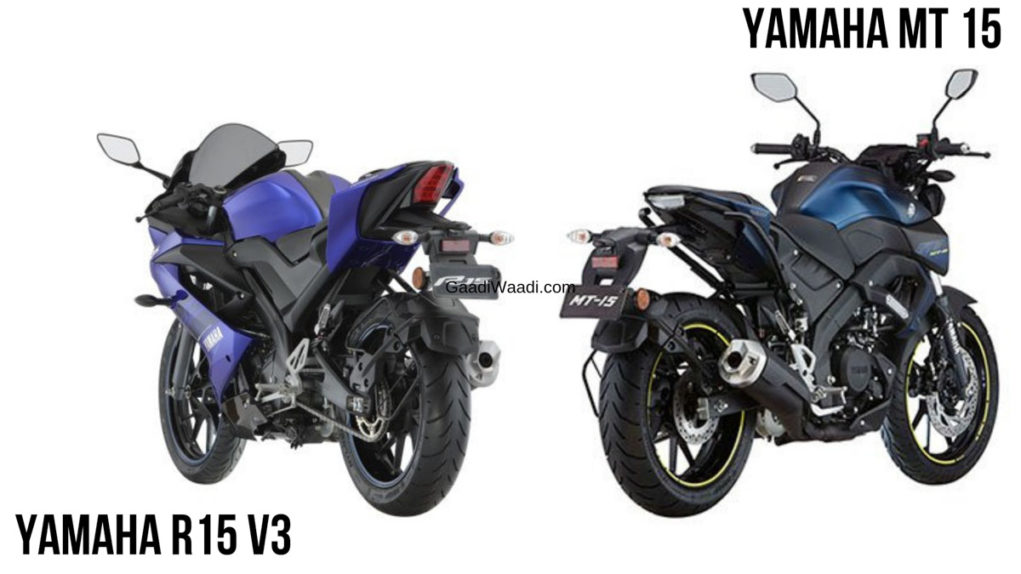 The MT 15 also has a ground clearance of 155 mm which is actually almost 15mm lower than the R15 V3.0. The lack of fairing means that the MT-15 is almost 4 kilograms lighter than the R15 (the MT15 has a kerb weight of 138 kilograms including full oil and fuel tank).

The MT-15 Gets a single channel ABS 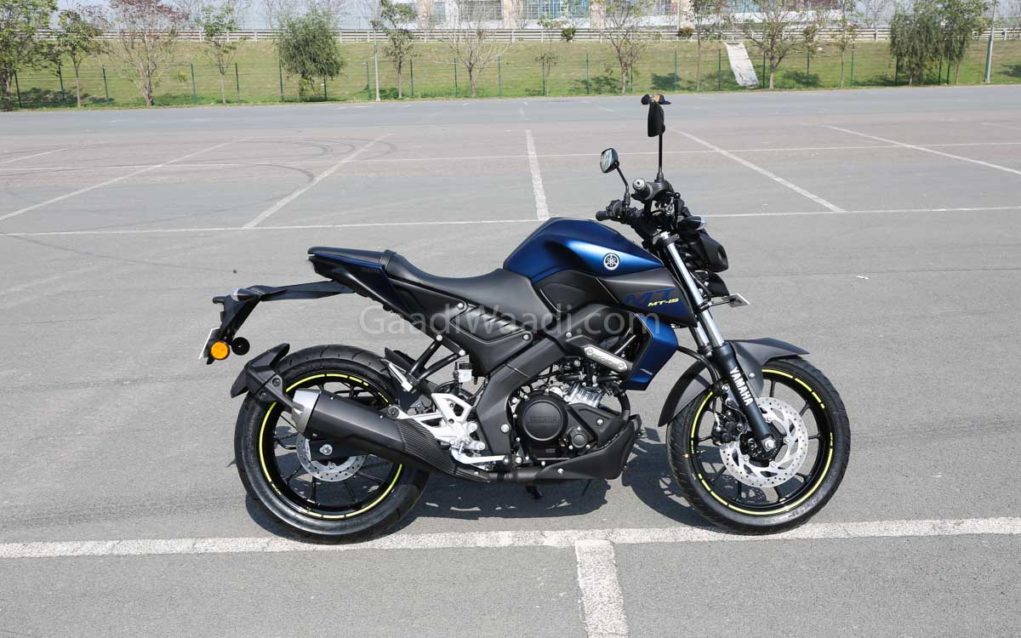 Although the power and torque figures of the MT-15 are identical to the YZF-R15 V3.0 Yamaha says that the MT-15 gets a model specific ECU update. The MT-15’s ECU has been tuned to offer better power and torque delivery at low rev range which will offer better city riding traits. Besides updating the ECU, the gearbox has also been optimized with nimble performance in mind. 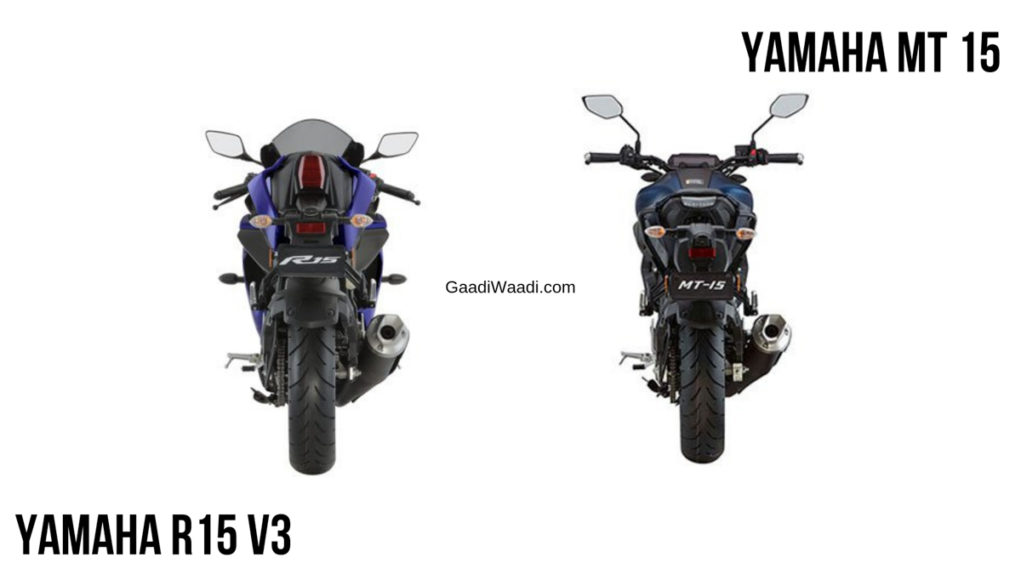