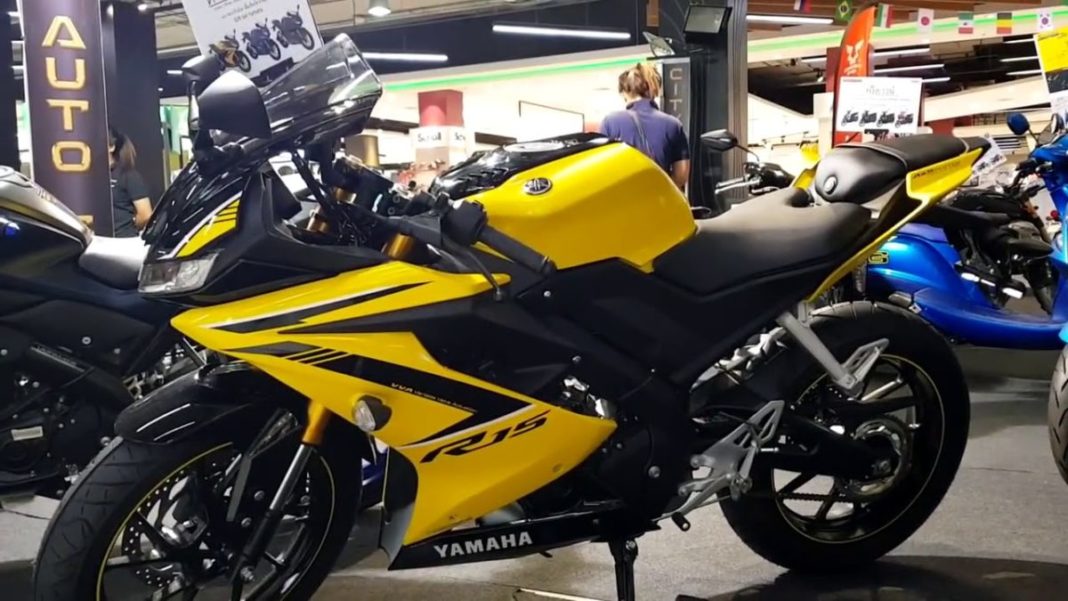 As you can notice in the image the motorcycle hasn’t received any other cosmetic updates other than the new colour. Yamaha recently launched the ABS-equipped R15 V3.0 in India priced at Rs 1.39 Lakh which is almost Rs 12,000 more than the non-ABS variant which retails at Rs 1.39 Lakh (ex-showroom).

During the time of the launch Yamaha also introduced a new Darknight color scheme as well priced at Rs 1.41 Lakhs (ex-showroom) which is almost Rs 2,000 more than the standard variant. While some Yamaha dealers are still selling the non-ABS variant of the R15 V3 (until their stock lasts) but they won’t be able to sell them after the April 2019 deadline. 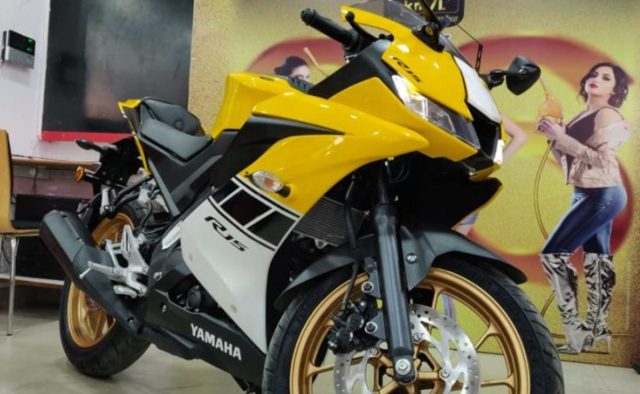 Yamaha has recently added a dual channel ABS to their popular third-generation fully faired sportsbike and the R15 V3.0 is the only 150cc motorcycle to get a dual channel ABS for the safety of its rider. The third generation R15 takes its styling inspiration from the bigger and more powerful YZF-R1.

The new R15 V3.0 features new all-LED headlamps and an all-digital informative instrument cluster. The Indian spec R15 V3.0 is made completely in India and gets a telescopic front fork instead of an upside down unit found on the International spec model, steel footpegs instead of aluminium pegs to keep the price down and make the motorcycle more affordable for the Indian masses.

However, the motorcycle is powered by the same 155cc, four-stroke single cylinder unit which also powers the International spec model as well. The engine gets a variable camshaft actuation and liquid cooling. This unit produces about 19 Bhp of peak power and 15 Nm of peak torque. The engine is paired with a six-speed gearbox and gets a slipper clutch as standard.