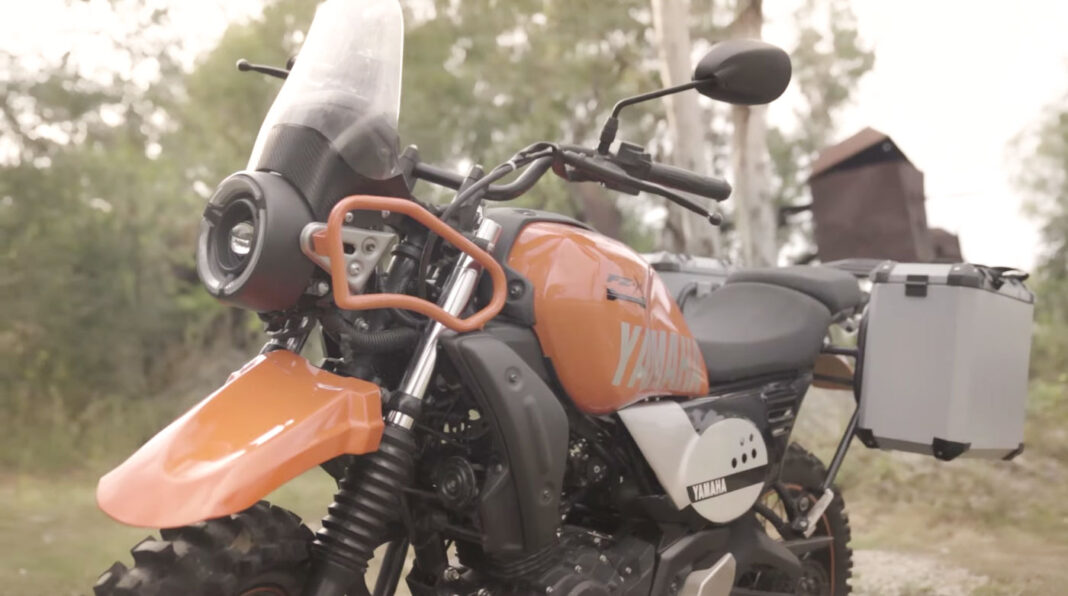 With adventure bikes now gaining popularity in the country, Yamaha is gearing up to launch a new 150cc adv bike in the market for buyers looking for an affordable and lightweight soft off-roader. While this new bike will soon be launched in the country, here are all the details you need to know about this adventure bike.

For starters, this new adventure bike is said to be based on the Yamaha FZ-X and will be offered with a small capacity single-cylinder petrol engine. While more details are yet to be known, this new bike is expected to boast a high ground clearance along with wire-spoke wheels, LED headlights, LED taillight, and more.

For a quick comparison, the Yamaha FZ-X is offered with a 155.1 cc petrol engine that churns out a peak power output of 16 bhp while the maximum torque produced will stand at around 14 Nm.

The Japanese bikemaker is likely to use the same powertrain setup with the upcoming ADV bike in the country and will equip with a long-travel suspension system, disc brakes with ABS, and features like a semi-digital instrument console and mobile connectivity features. Once launched, this new adv bike will take on the rivals like the Hero Xpulse 200.

The brand is also working on relaunching the RX100 in the Indian market for buyers looking for a lightweight commuter-class bike. If reports are to be believed, this new bike will be offered with a more powerful fuel-injected engine and will offer features like LED DRLs, electric start, and a semi-digital instrument console.

The brand also shared that the upcoming Yamaha RX100 will offer a similar performance and character as the OG RX100. Yamaha is also gearing up to soon launch a new electric two-wheeler to take on the rivals like the Ather 450X, Ola S1, TVS iQube and the Simple One in the market. More details about this upcoming Yamaha electric scooter are yet to be known.