Yamaha’s upcoming adventure bike is based on the T7 concept from 2016 EICMA; shares 689 cc engine with Yamaha MT-07

Yamaha is gearing up to launch the T7 adventure bike based on the T7 concept displayed at 2016 EICMA. The production model is expected to be unveiled on 6th September 2017 and ahead of that, the Japanese two-wheeler manufacturer has released a teaser video. It is expected to launch in India sometime in 2018 considering the growing demand of premium adventure bikes in the country.

Yamaha T7 is has been developed with assistance from Yamaha Official Rally Team in France, Yamaha R&D centre in Italy and GK Design in Netherlands. The production model could receive a new name instead of the T7. Prototypes of the bike have been spied couple of times and the company claims it will come with pretty efficient off-roading capability.

Speaking about Yamaha T7 concept that was showcased 2016 EICMA, it was a sharp and aggressive looking model with quad LED headlamp, sculpted looking all-aluminium fuel tank, carbon fibre fairing, skid plate, KYB front suspension and a custom Akrapovic exhaust as well. However, the production model could come shedding the carbon fibre elements and the high-end exhaust.

The Yamaha T7 concept derived lightweight adventure bike will draw power from the same 689 cc parallel-twin, liquid-cooled engine that works in the MT-07. This engine is capable of churning out 75 bhp of peak power at 9,000 rpm and 68 Nm of peak torque at 6,500 rpm. Expect the upcoming adventure bike to have a kerb weight around 180 kg. 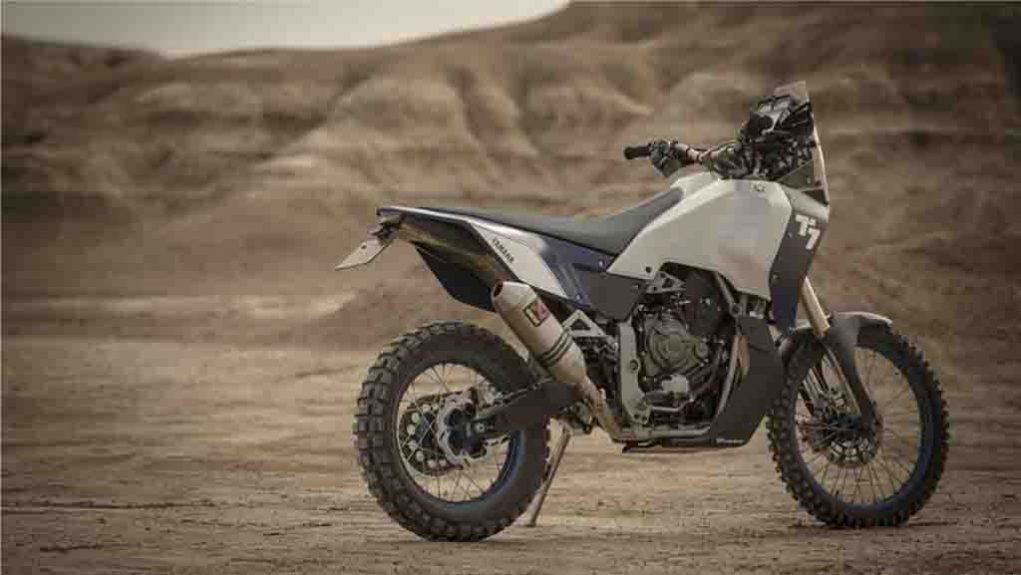 Yamaha T7 concept derived adventure bike will run on 21-inch front alloy wheel and 18-inch rear alloy wheel wrapped with Pirelli Scorpion MT90 tyres. For braking duty, it will have disc brakes on both the front and rear wheels. It will get a lower positioned seat to offer the rider better control over the machine. If launched in India, expect it to arrive as a SKD or CKD model in an attempt to keep the pricing lowered.