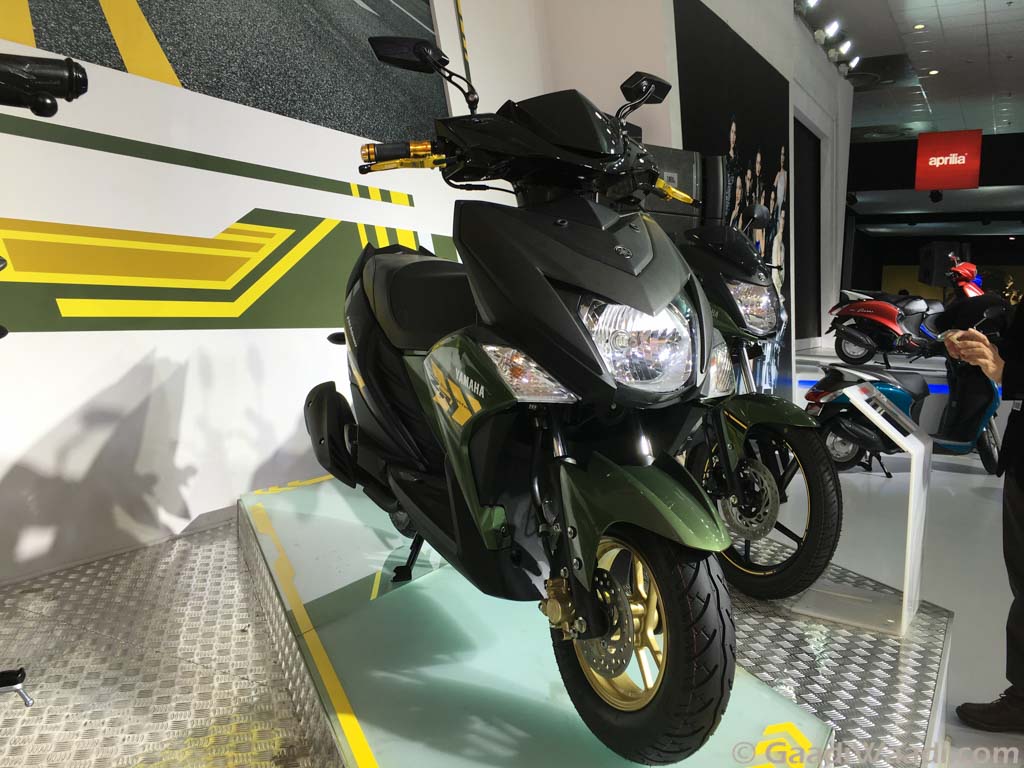 The scooter market in India has been developing rapidly in recent times, even leaving behind the motorcycle market. Almost every two-wheeler manufacturer present in the country is running to grab a good share in the segment. The Yamaha Ray ZR is a muscular looking scooter, which was launched earlier this year in April after being displayed at 2016 New Delhi Auto Expo in February. The Japanese two-wheeler maker dubs the Ray ZR as ‘Boy’s scooter’.

Yamaha Ray ZR comes as a variant extension of the Ray Z, which has been pretty popular. Incorporating a sporty character, the Ray ZR locks horn with rivals like Honda Dio, Hero Maestro and TVS Jupiter. Interesting fact is that, the muscular looking scooter became Yamaha’s bestselling product in domestic market in last September. It left behind the company’s two other popular products FZ16 and Fascino.

Here we will take a look at the facts about Yamaha Ray ZR that makes it popular: The Yamaha Ray ZR draws power from an 113cc air-cooled, four-stroke SOHC engine, sourced from Yamaha Alpha and Yamaha Alpha. This engine gets ‘Blue Core’ technology and mated to a Continually Variable Transmission (CVT). It is capable to churn out 7.1 PS of peak power at 7,500 rpm and 8.1 Nm of peak torque at 5,000 rpm. The engine delivers a fuel economy of around 66 kmpl. The Yamaha Ray ZR comes with a chunky appearance with muscular design and attractive colour scheme. Compared to the Yamaha Ray Z, the new scooter looks much sportier. Yamaha calls it as the ‘Boy’s scooter’ and claims that, the multi-layered sculpted body work at front and engine cowl enhances its physical appeal. The scooter sports sharp headlamps and front turn indicators, while dual-tone paint scheme, sharp and large grab rail, thick seat and edgy large taillight give it an appealing look.