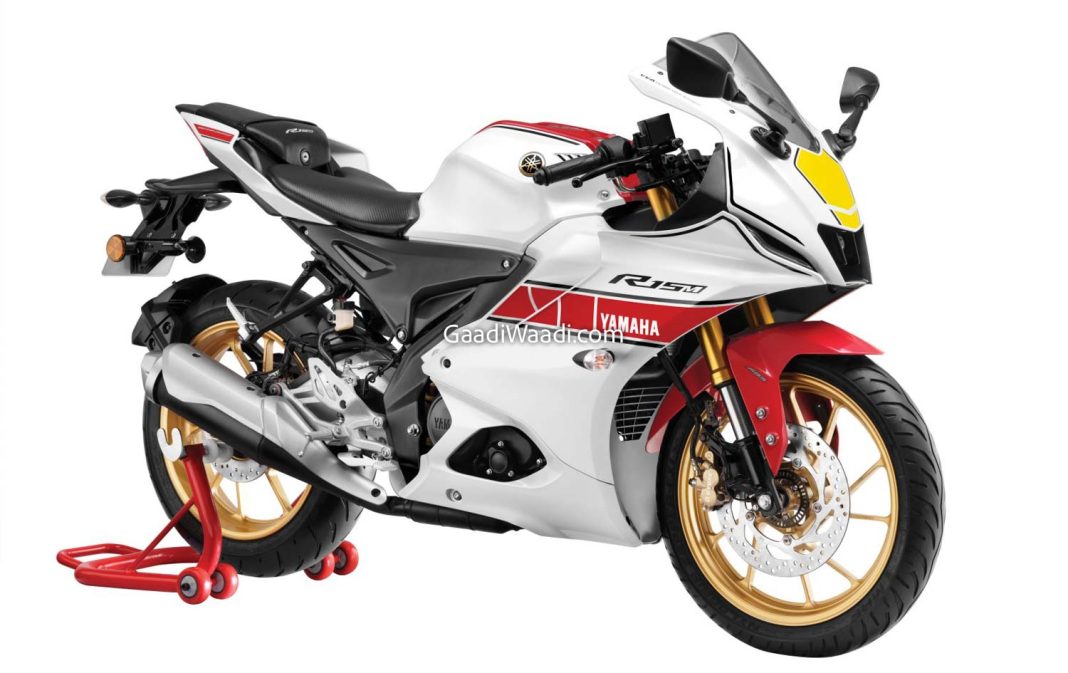 India Yamaha Motor (IYM) has today announced the launch of the World GP 60th Anniversary Edition of the YZF R15M in the domestic market and is priced at Rs. 1,88,300 (ex-showroom, New Delhi). The Japanese two-wheeler giant has given the iconic white and red ‘speed block’ colour scheme as a throwback to the past and the brand’s achievements in the GP world.

It generates a maximum power output of 18.4 PS at 10,000 rpm and a peak torque of 14.2 Nm at 7,500 rpm. The fuel-injected mill with Variable Valve Actuation (VVA) technology is paired with a six-speed gearbox. In addition, the features list remains identical to the regular YZF-R15M as it comes with traction control, quickshifter, golden coloured USD forks, Bluetooth connectivity, R1-inspired LCD instrument console with gear position indicator, track and street display modes, etc. 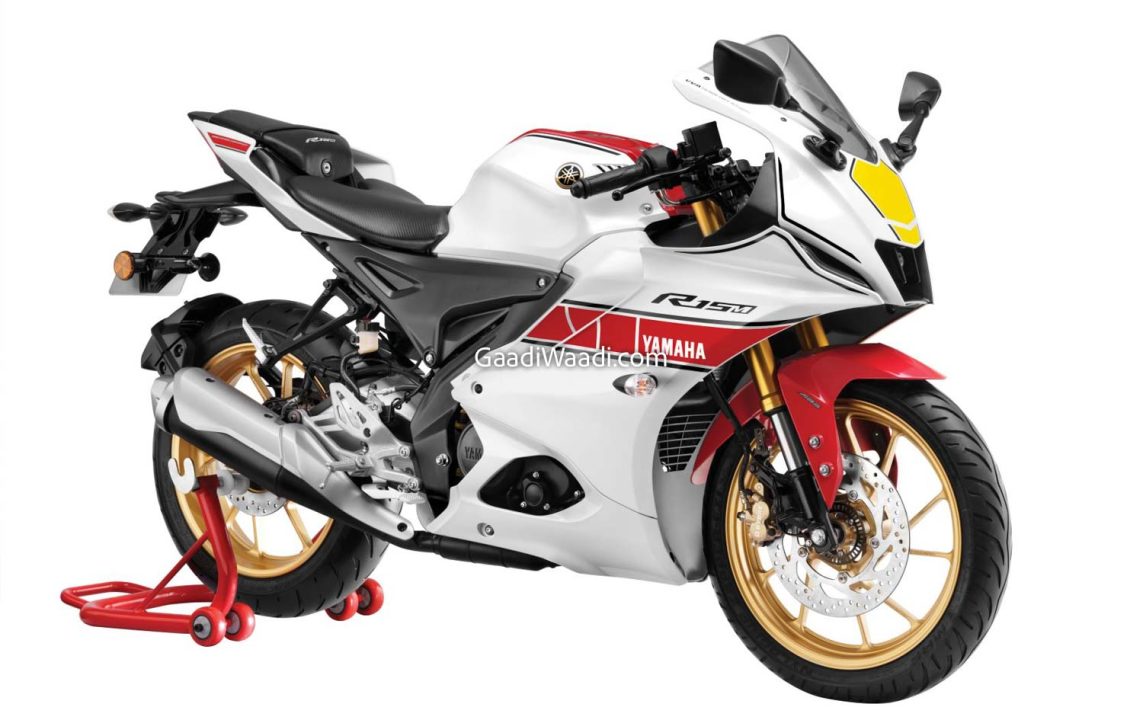 It also gets a toggle button positioned on the right handlebar, an assist and slipper clutch as standard, a bypass-type thermostat cooling system and Muffler with a three-stage expansion chamber. It is underpinned by the delta box frame and is suspended on linked-type rear monoshock suspension while a dual-channel ABS system is available as a standard fitment.

Speaking on the occasion, Eishin Chihana, Chairman, Yamaha Motor India Group of Companies said, “The YZF-R15M in the WGP 60th anniversary livery is more than just a reminder of our racing legacy, it’s a milestone showcasing more than 500 World Grand Prix wins that Yamaha has achieved since 1961. It’s a symbol of our unrivalled passion for racing, our belief in the power of the sport, and our commitment to support, safeguard and encourage the motorsports culture as a member of the Grand Prix paddock.”

The company has also introduced the MT-15 V2 for a price of Rs. 1.60 lakh (ex-showroom) and it gains a dual-channel ABS system, new colour schemes, updated instrument cluster, updated graphics, and so on.