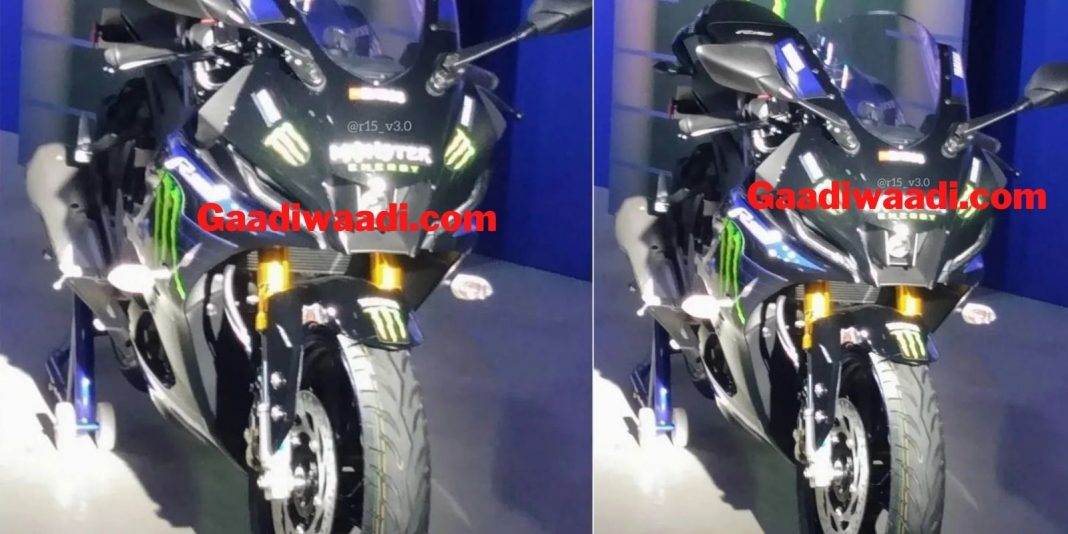 Yamaha has been selling the R15 V3 since early 2018 in the domestic market and the signs of it getting a replacement appeared on the internet only a few weeks ago as test mules of a near-production supersport surfaced. However, speculations indicated that it could be the new generation R3, which we strongly disagreed with due to the similarities with V3.

Logically, it was thought to be the R15 V4 with a more premium package as the prototypes spotted carried a styling similar to the MT-07 based R7. The Japanese manufacturer trademarked a number of names including the R2 and R9 in markets like Europe recently and it pointed the finger at the possibilities of the test mules being a 200 cc supersport to sit above the R15 V3.

Following a type approval certificate we got hold of showing that the upcoming motorcycle will be dubbed the R15M. The images of the motorcycle have been leaked online dismissing all the speculations. It will be positioned at a more premium level compared to the existing V3 with an assortment of updates as the M name is utilised for performance-based models elsewhere by Yamaha. 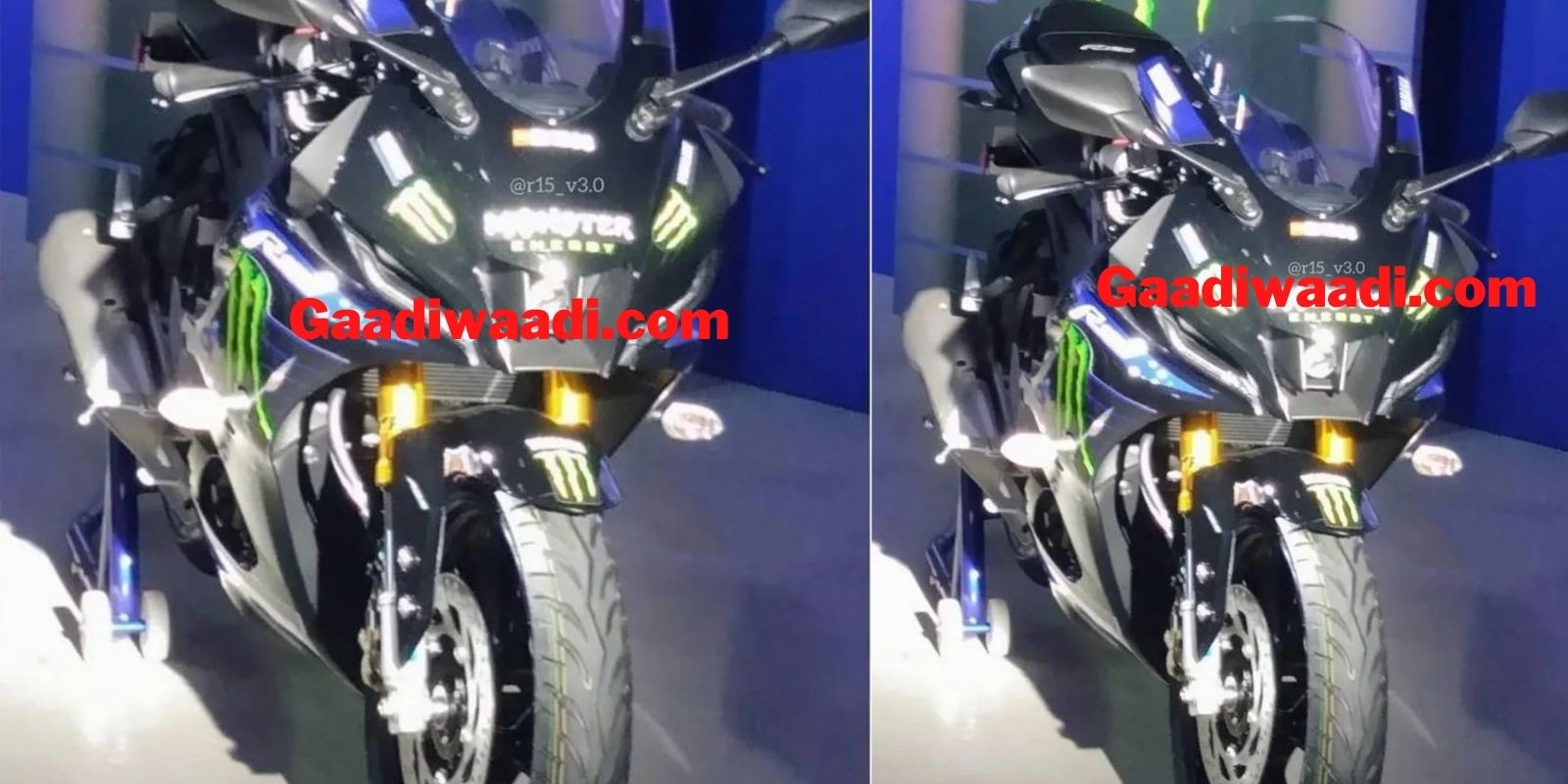 The type approval document further noted the proportions of the Yamaha R15M as it measures 1,990 mm in length, 725 mm in width and stands 1,135 mm tall with a wheelbase length of 1,325 mm and 170 mm ground clearance. The dimensions are identical to the R15 V3 and it will use the 282 mm front disc and 220 mm rear disc brakes assisted by a dual-channel ABS system as standard. 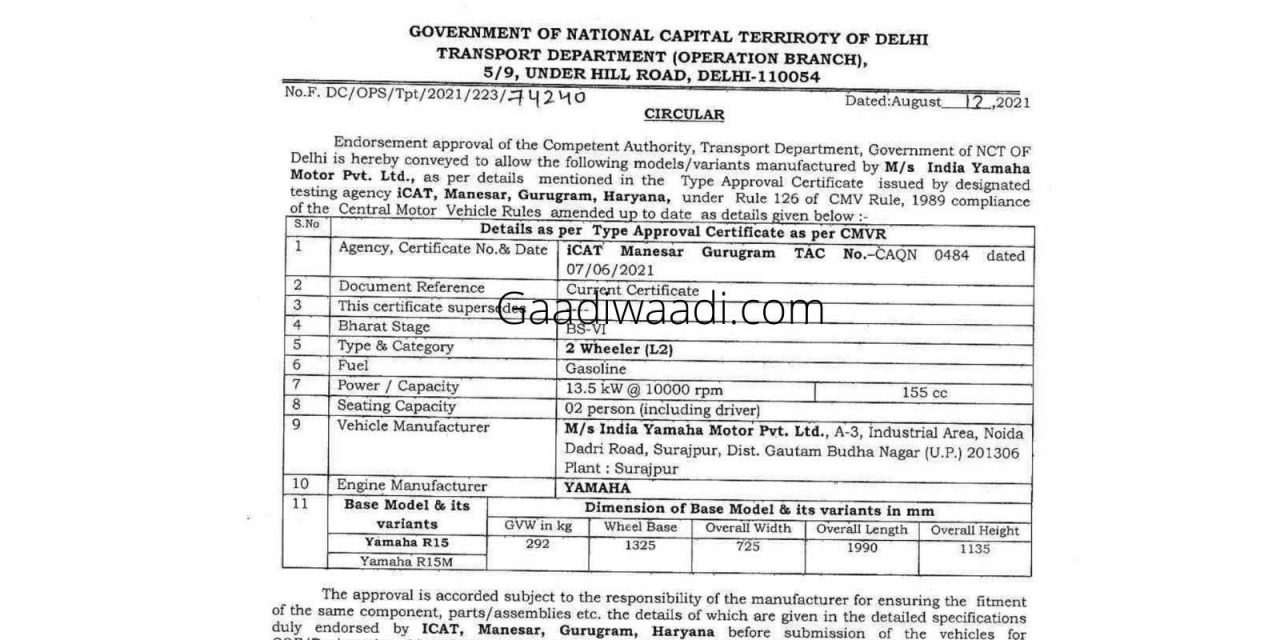