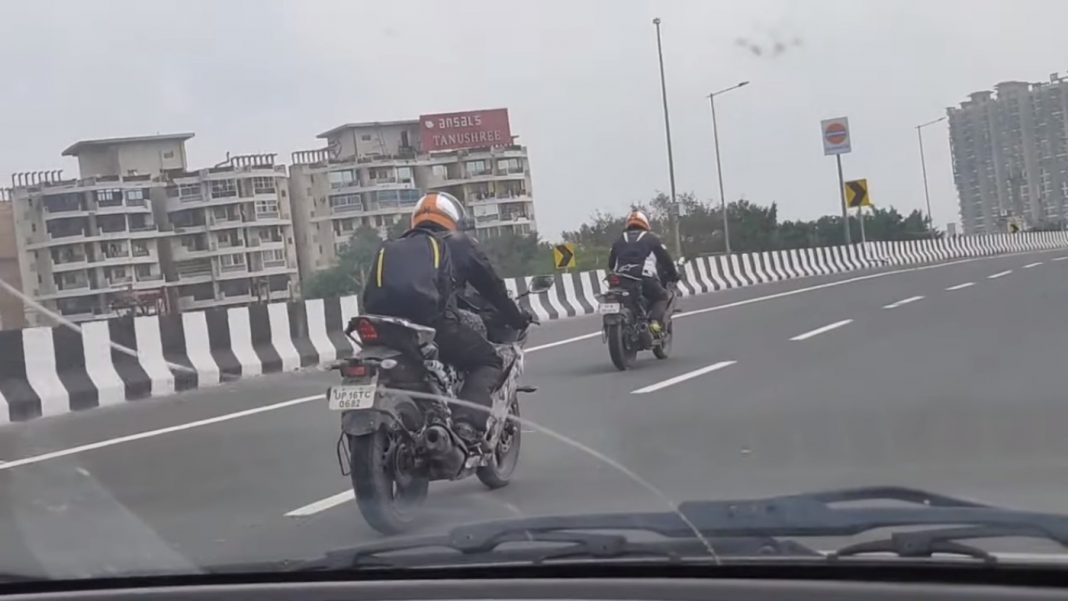 Yamaha YZF-R15 is expected to get a major update in the near future, and test mules of its next-generation version have started road testing

(Update: the next-gen Yamaha R15 will seemingly get USD front forks as well)

The Yamaha YZF-R15 was first launched in India back in 2008, and in 2011, its second-generation model was introduced in our market (named R15 v2). In 2018, the third-gen version (v3) went on sale in our country, and now, it seems like the fourth-generation model is in the making. A spy video of the upcoming R15 v4 has recently emerged online, in which we can see fully camouflaged test models riding around on the streets.

The video, uploaded by Abhinav Bhatt, was reportedly shot near New Delhi. The rear section of the test models do not show a lot of differences in design; the taillight continues to be a vertically-oriented LED unit, with winglets flanking it on the sides. However, the front end seems to be completely restyled, taking inspiration from the YZF-R7.

Unlike the dual-LED headlamp setup of the current model, the next-gen R15 seems to have a single LED headlight setup, with LED DRLs as well. However, this spy video isn’t too clear, so we will wait for more images/videos to surface online before making further comments. Although not apparent here, the front fairing is expected to be redesigned as well.

We do see that the riding position looks just as committed as it is on the current model. The clip-on handlebars are set low, while the rider’s seat is high and the footpegs are positioned slightly towards the rear. The bike also continues to get a split seat setup, with the pillion seat placed quite high.

The YZF-R15 v4 test models don’t seem to get USD front forks here, just the current model, which should keep the prices in check. We don’t expect any major changes to the equipment list of the R15 with the upcoming update, although a new digital instrument cluster may be offered here. 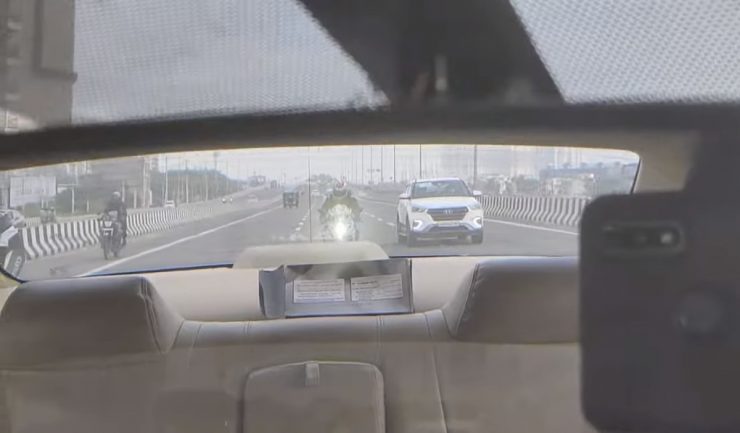 We expect the powertrain to remain unchanged though. The YZF-R15 draws power from a 155cc, liquid-cooled, single-cylinder motor, which is capable of developing a peak power and torque of 18.6 PS and 14.1 Nm, respectively. This engine gets Variable Valve Actuation (VVA), which optimises power delivery throughout the rev-range. It comes mated to a 6-speed gearbox, which gets a slipper & assist clutch as standard.