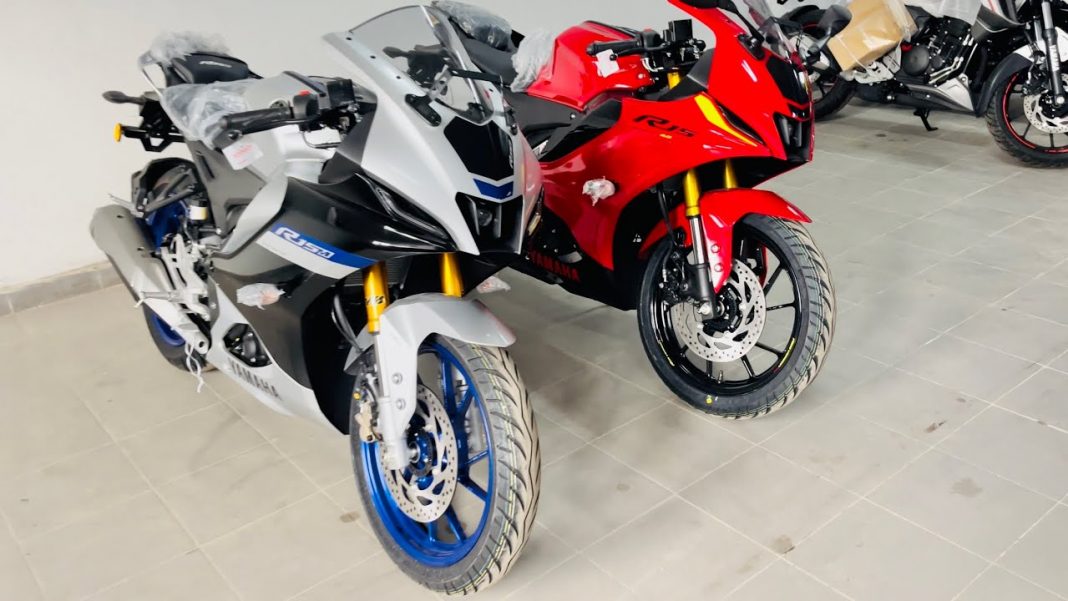 While the Yamaha R15 V4.0 has no direct rival in the country, it will face competition from motorcycles like the KTM RC 125, the Pulsar RS200 and more

Yamaha recently launched the new-gen version of the YZF-R15 motorcycle in the Indian market along with a new M variant for the first time. The newly launched 2021 YZF-R15 is the fourth iteration of Yamaha’s supersport motorcycle and features a host of changes over its predecessor.

However, the standard R15 V4.0 and the R15M also features some differences that set them apart. Here is a video highlighting the differences between the two variants of the Yamaha R15, take a look –

Starting off with design, the YZF-R15 V4.0 is available in three colours namely Racing Blue, Dark Knight, and Metallic Red. On the other hand, the YZF-R15M is offered in a Metallic Grey colour option along with the race-inspired Monster Energy Yamaha MotoGP Edition. Of course, the M variant also gets R15M badging seen on the fairing and the seat, while the standard version gets just R15 written on the former.

The fairing of the R15M features a dual-tone finish, while the exhaust cover is also finished in silver. However, the R15 V4.0 gets a single-tone finish with a black exhaust cover. The seat pattern on the two bikes is also different, and the R15M variant also gets golden-coloured brake caliper.

The R15M gets a quickshifter as standard, however, this feature is offered only with the Racing Blue colour on the regular R15 V4.0. The quickshifter is a part of the official accessories, which means you can pay extra to get it with other colours of the R15 V4.0 as well.

Both the versions get the same 155 cc single-cylinder liquid-cooled engine that puts out 18.4 PS of maximum power at 10,000 rpm, along with 14.2 Nm of peak torque that is delivered at 7,500 rpm. The engine comes mated to a 6-speed transmission as standard. Talking about the price, the R15 V4.0 has been priced at Rs 1.67 lakh while the R15M variant costs Rs 1.77 lakh. Also, the limited-edition MotoGP Edition costs Rs 1.79 lakh (all prices, ex-showroom New Delhi).