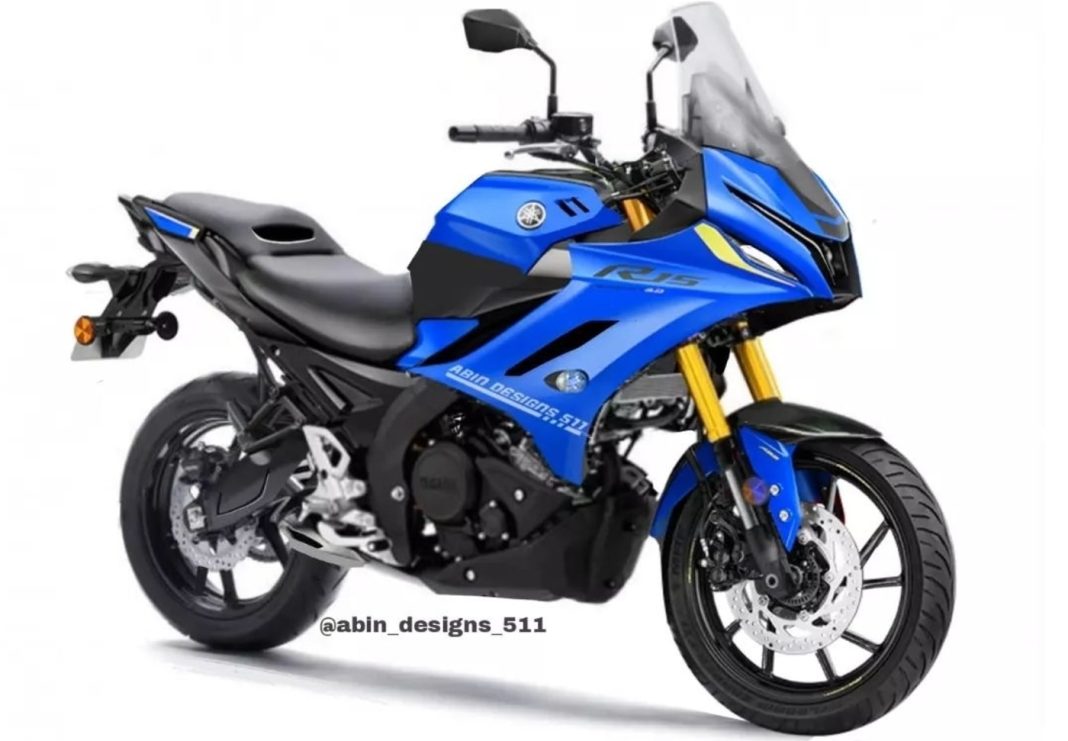 Here, we have a digital model of an adventure tourer, based on Yamaha YZF-R15 v4.0, created by digital artist Abin Thomas

The adventure motorcycle segment has grown significantly in popularity in the past few years in India. Thanks to the introduction of a few budget-friendly models, this genre has now been introduced to the mainstream. As per speculations, Yamaha is also planning to enter this market space very soon.

While Yamaha has not unveiled its ADV/adventure tourer plans for India, there are plenty of possibilities. The manufacturer could bring in one from its international lineup, or it could develop an India-specific model based on an existing one. The latter case is quite likely, and digital artist Abin Thomas (@abin_designs_511) has showcased the direction the automaker could take.

Here, we have a digitally rendered adventure motorcycle, based on Yamaha YZF-R15. At the front, we see a single LED projector headlamp in a sporty housing, with LED DRLs flanking it. The front fairing and headlamp are inspired by R15 v4.0 but slightly restyled, and the golden USD front forks are now much longer. The front visor is quite tall though, in typical ADV fashion, and we also see a taller single-piece handlebar here. 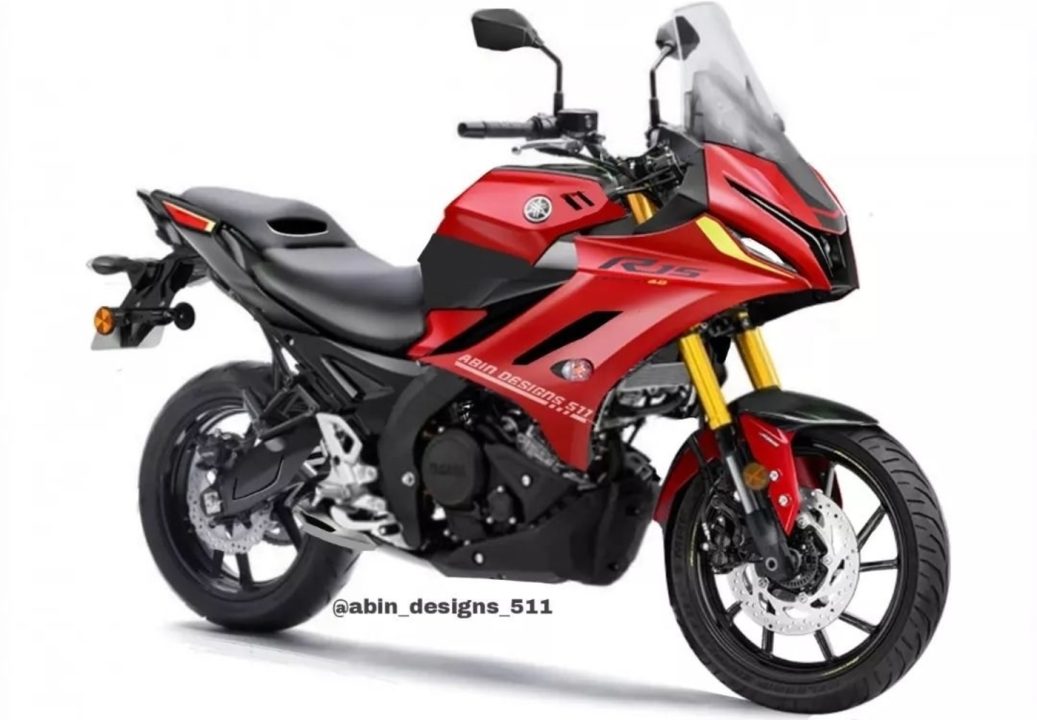 To protect the underbelly of the motorcycle, a thick sump guard has been installed. We also see a split-seat setup here, along with a sleek tail section and a slim LED taillight. The rear fender is quite short and sporty as well. The rear monoshock has a lot more travel now, causing the swingarm to be steeply inclined.

The alloy wheels seem to be the same as the ones on a stock R15 but finished in gloss black. The braking system also seems unchanged – 282mm disc at the front and 220mm disc at the rear, with dual-channel ABS for added safety.

Yamaha R15 v4.0 is powered by a 155cc, liquid-cooled, single-cylinder motorcycle with VVA tech. This motor belts out 18.4 PS and 14.2 Nm of maximum power and torque, respectively. It comes mated to a 6-speed transmission, with a slipper/assist clutch offered as standard. This powertrain is quite potent, and it would be a good fit for a small-capacity ADV. Let’s just with that someone at Yamaha is taking notes!