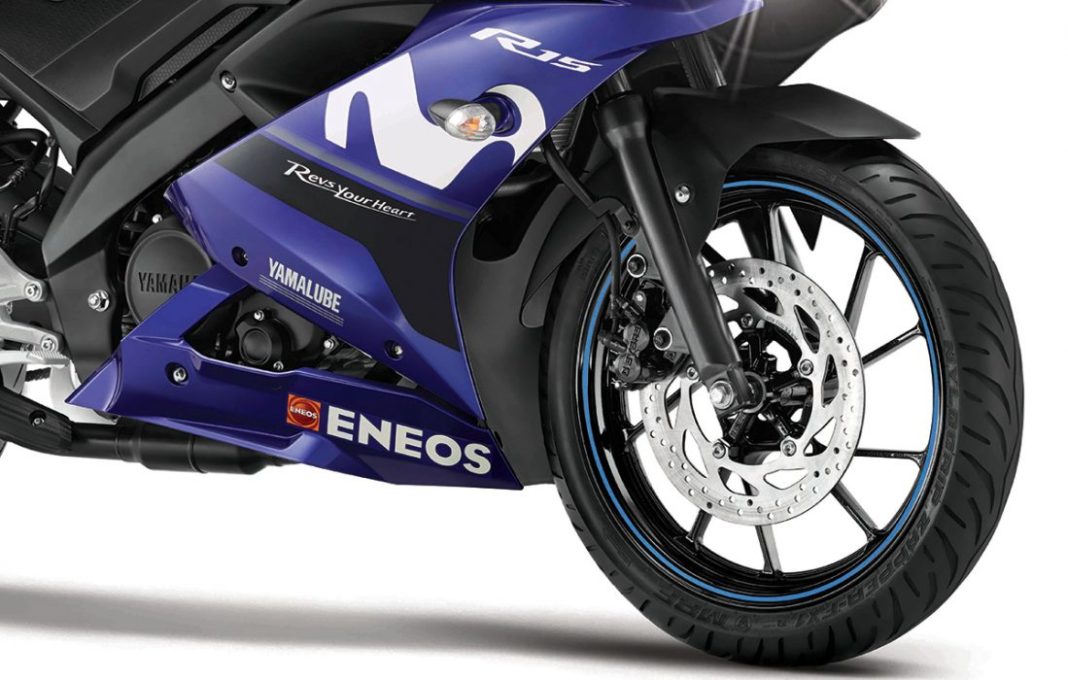 It gets a Racing Blue paint scheme along with several Movistar and ENEOS logos. However, unlike the Indonesia-spec version of the R15 V3.0 MotoGP Edition, the motorcycle for India misses out on the racing numbers for Valentino Rossi and Maverick Vinales. Also, instead of the fluorescent yellow colour of the Movistar decals on the Indonesia-spec model, the India-spec model gets white coloured ones.

Specifications remain totally unchanged. The R15 V3.0 MotoGP Edition continues to feature a 155cc, liquid-cooled, single-cylinder, fuel-injected engine that outputs a maximum power of 19 bhp along with a peak torque of 15 Nm. The motor comes mated to a six-speed manual transmission. The motorcycle is the only model in its class to offer slip & assist clutch and Variable Valve Actuation (VVA). 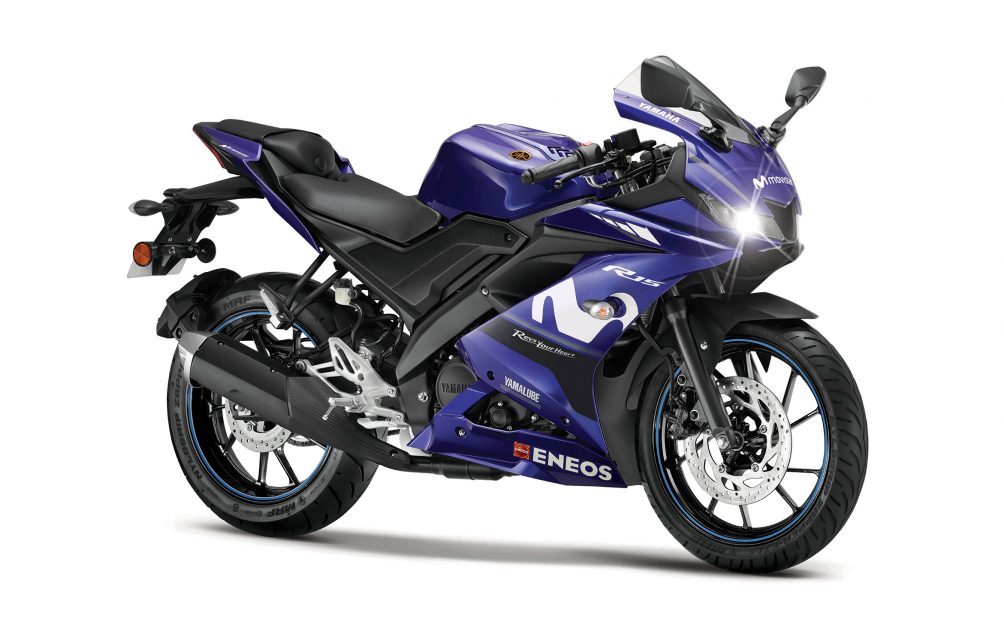 While the Indonesia-spec R15 V3.0 gets inverted telescopic forks, the India-spec model gets the more conventional non-inverted setup. At the rear, it gets a linkage-type adjustable monoshock. It gets a 282 mm disc brake up front and a 220 mm unit at the rear.
In terms of design, the Yamaha R15 V3.0 looks a fair bit like the latest-generation Yamaha R1 litre-class superbike. It comes with a faux RAM air intake, a sleek tail-end, and full-LED headlamps. Once on board, you’ll be quick to notice the neatly sculpted fuel tank and a fully digital speedo console.

In India, the R15 V3.0 was launched back at the Auto Expo 2018. Initially, the motorcycle had an ex-showroom price of Rs 1.25 lakh. It was later increased by Rs 2,000. The launch of the Yamaha R15 V3.0 MotoGP Edition should help the company tap the MotoGP enthusiasts among the premium bike buyers of India.