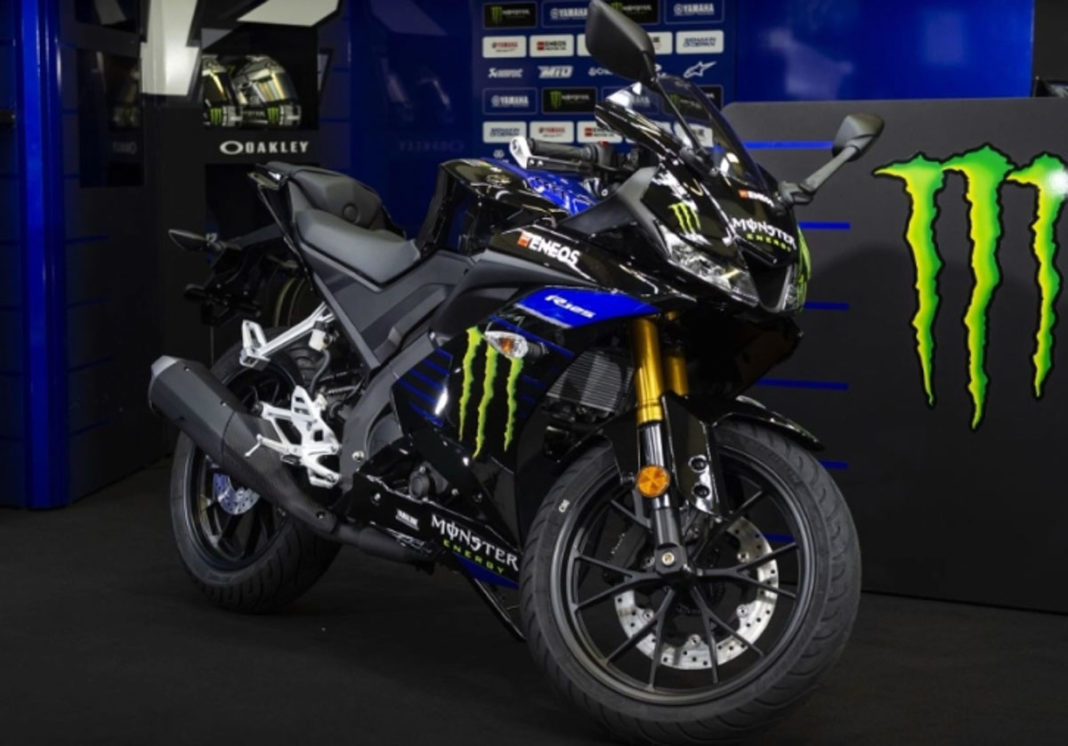 Yamaha has revealed a new special edition of the YZF-R125 and is based on the brand’s MotoGP bikes. Dubbed the Monster Energy Yamaha MotoGP Edition, it has made its way into the global markets. As for India, the R125 has remained a distant fantasy for the enthusiasts but with the growth in entry-level premium performance space, we might see the model in the near future.

Along with the resembling paint scheme, Yamaha has done a pretty good job with the two-tone livery and has a unique lever protector fitted on the clip-on handlebar just as in the Grand Prix bikes. Apart from the new livery and paint scheme, no changes have been made, as the YZF-R15 Monster Energy Yamaha MotoGP Edition is identical to the stock model mechanically. 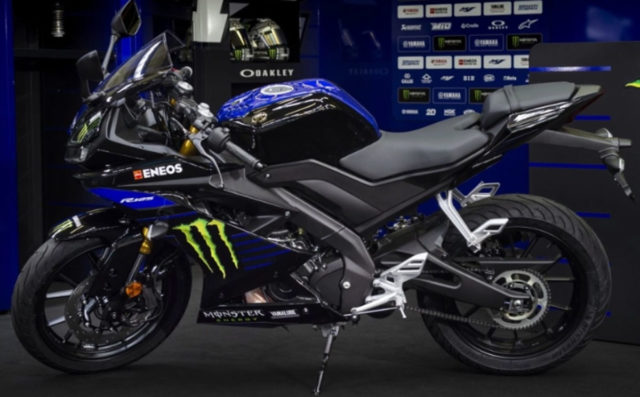 It derives power from a 125 cc single-cylinder liquid-cooled engine, which is good enough to produce a maximum power output of 14.88 bhp at 9,000 rpm and 12.4 Nm of peak torque delivered at 8,000 rpm. Just as in the YZF-R15, it comes equipped with Variable Valve Actuation (VVA) and the powertrain is connected to a six-speed transmission with assist and slipper clutch as standard.

Some of the highlighting features in the YZF-R125 are full LED headlamps, LCD instrument console, LED tail lamps, USD front forks, monoshock rear, Deltabox frame, aluminium swingarm and so on. In March 2018, Yamaha India introduced the naked streetfighter variant of the R15 called the MT-15. 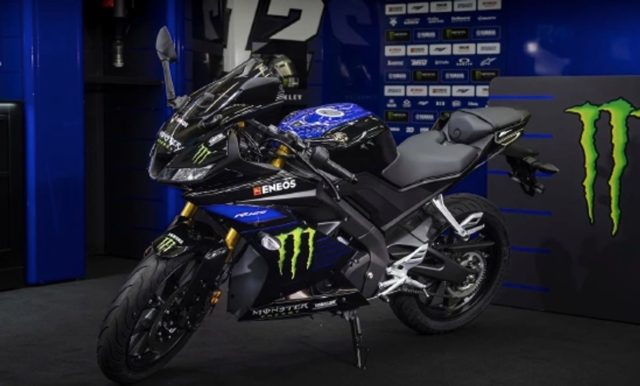 It has been well received among domestic customers and crossed more than 5,000 unit sales in its very first month. The MotoGP liveried R15 went on sale in India in August 2018.