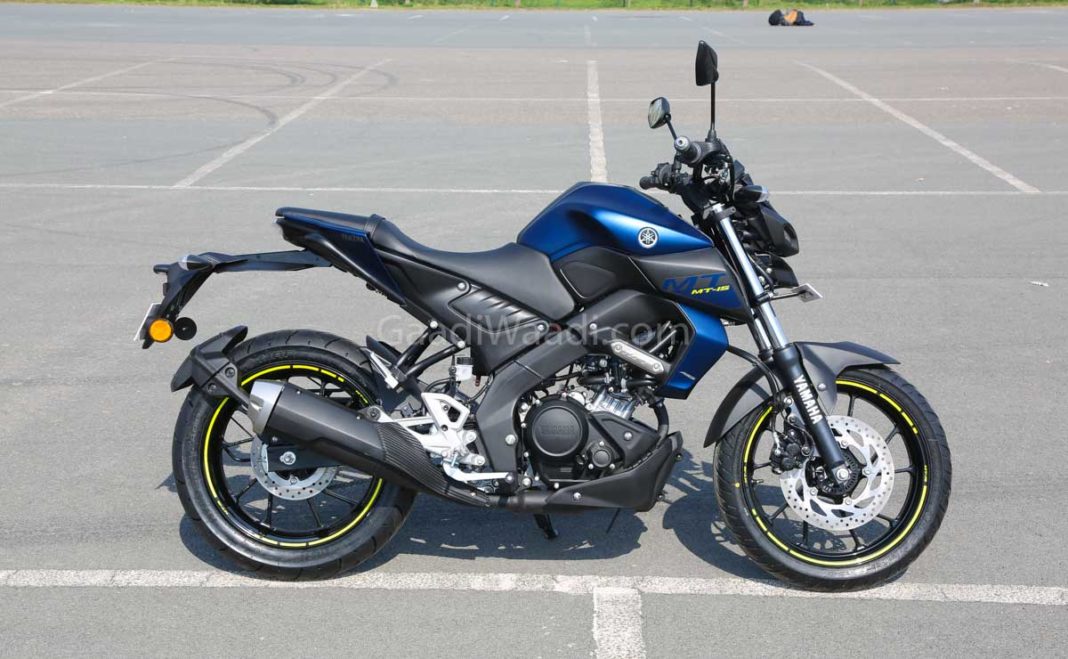 Based on the YZF-R15, the Yamaha MT-15 comes with the same powertrain along with specifically tuned ECU

The MT slots in between the FZ and R series and it will act as a highly accessible option for customers wanting more performance out of their motorcycles at a desirable price range. It is the second launch from the Japanese two-wheeler giant this year and it addresses the immensely growing premium motorcycling community in India.

The Yamaha MT-15 comes equipped with a liquid-cooled, single-cylinder, 155 cc, SOHC, four-valve motor with high compression ratio and is good enough to produce a maximum power output of 19.3 PS at 10,000 rpm and 14.7 Nm of peak torque delivered at 8,500 rpm. The naked performance bike will compete against the likes of recently launched KTM 125 Duke, TVS Apache RTR 200 4V and of course the Bajaj Pulsar NS200.

Speculations about the MT-15’s arrival have been there for long and finally, Yamaha has responded to many of the enthusiasts’ expectations by launching the model locally. Riding on the strong momentum created by the YZF-R15 V3.0, the MT-15 is indeed based on the faired siblings in several ways and it uses a six-speed transmission with assist and slipper clutch. 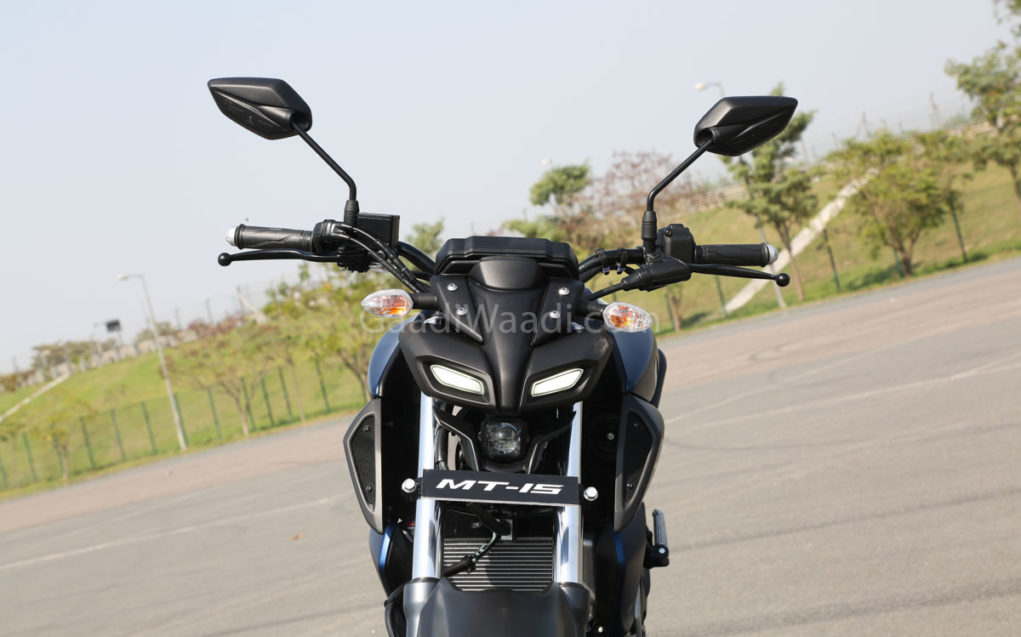 Apart from the component sharing, Yamaha says the MT-15 has its ECU specifically tuned and the gear ratios have been optimised with nimble performance in mind. The Yamaha MT-15 features disc brakes both up front (282 mm) and at the rear (220 mm) and is provided with single-channel ABS system only to keep the asking price down generally but it did not turn out to be the case.

It comprises of telescopic suspension at the front and a monoshock at the rear along with bi-functional LED headlight, LED tail lamp, LED position lamps, LCD instrumentation, wide handlebar setup, etc. The highly-promising motorcycle measures length of 2,020 mm, width of 800 mm, height of 1,070 mm and has 1,335 mm wheelbase. 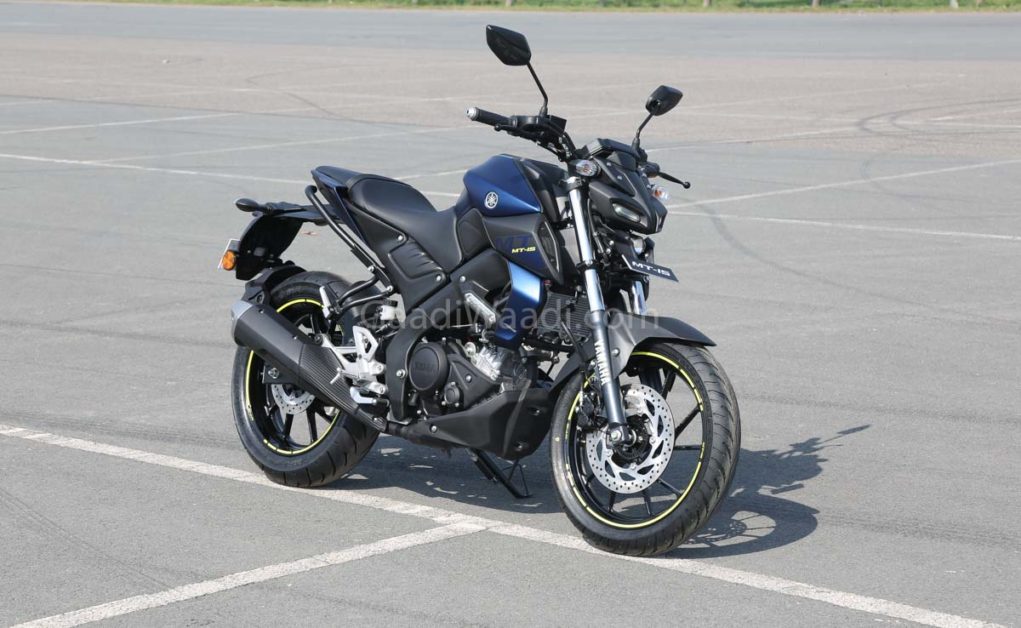 Metallic Black and Dark Matt Blue are the two colour options in which the MT-15 is offered in the country.