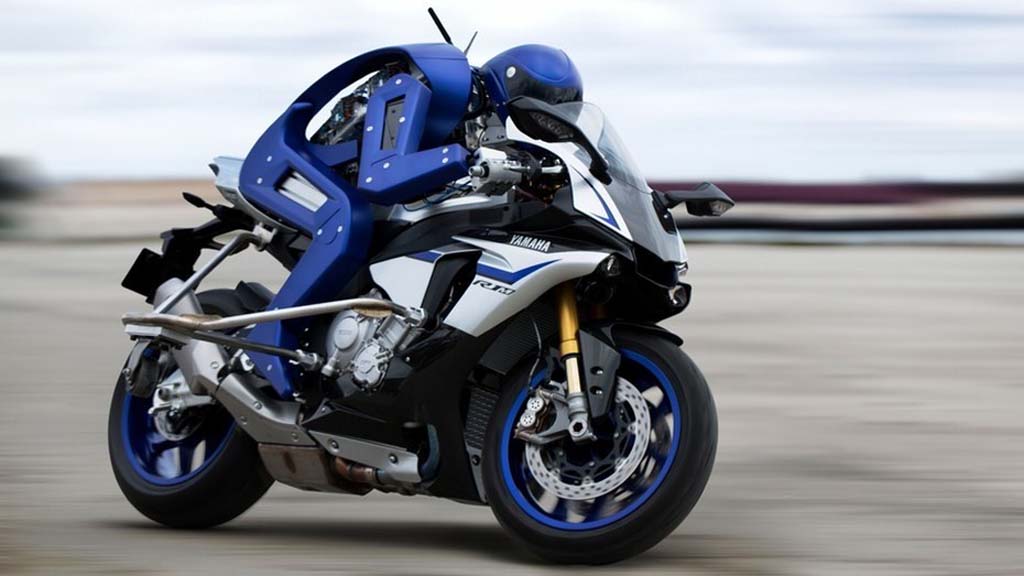 The ‘Ride the Revolution’ teaser shows a robot riding a motorcycle; will be the next generation Motobot with some interesting capabilities

Yamaha is all set to introduce the second generation model of Motobot on 25th of October. For those not in the know, the Motobot is the company’s developed robot that is capable of riding a motorcycle on a racetrack. The company has just released a teaser video of the same that goes by the title ‘Ride the Revolution’.

Yamaha’s Motobot project will help it develop safety technologies for its motorcycles in future. The concept was first showcased in the year 2015 under which a robot was capable of riding a motorcycle up to a speed of 100 kmph. Two years later, the Japanese manufacturer wishes to develop a robot that could ride a motorbike upto 200 kmph on a racetrack.

At the very moment, not much details are available regarding the upcoming Motobot project by Yamaha and what improvement will it carry in its latest avatar. Besides the next generation Motobot, Yamaha will also have a bunch of other interesting concepts at its disposal. The company will be showcasing the Motoroid, which is an experimental machine employing artificial intelligence.

Besides, the concept will also be helpful in studying the feasibility of creating new forms of personal mobility that work on the basis of human harmony with the machine. Also, the Motoroid will be able to recognize its rider very easily and most importantly, it will be purely electric.

If you are still not amazed with the aforementioned two concepts, Yamaha has one more vehicle that will surely make you wonder the company’s creativity and innovation. The brand will be displaying the MWC-4 concept that will be more of a four-wheeler than a motorcycle.

The inclusion of a fourth wheel along with a roof takes this concept far from the actual sense of a two-wheeler. The driving position of the Yamaha MWC-4 resembles to that of a car and being a leaning eco-friendly four-wheeler, the concept is expected to catch the attention of many car lovers at the 2017 Tokyo Motor Show.