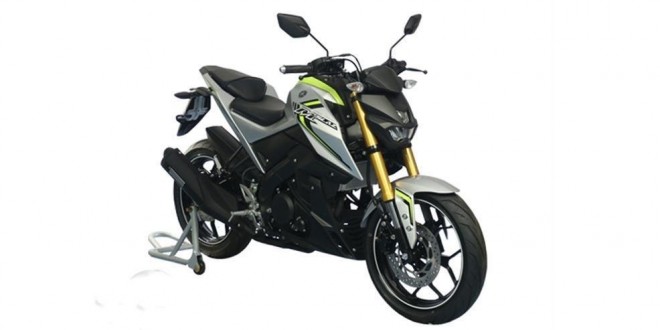 Yamaha M-Slaz 150 Street-Fighter Motorcycle can do well in our country, but the love for fairing and single piece seat makes thing a little dicey

Yamaha M-Slaz 150 is basically a R15 of India with a little better hardware and styling is coming from the new generation MT series of motorcycles. Yamaha M-Slaz 150 is sharing a lot of traits such as Switchgear, headlamp mask and much more from MT-09 and MT-07. The Yamaha M-Slaz 150 has the same rear cowl of the R15 and other bits from the rear end. Front, there is a cowl which is attached to the chassis to give that proper street fighter look. The street-fighter is based on the same Deltabox chassis but suspension wise big change is the front 37 mm USD forks that has replaced the telescopic forks. Rear suspension remains the same link type unit that is bolted to the chassis and not the swingarm in other cheaper bikes. Engine wise, The Yamaha M-Slaz 150 uses the same 149cc single-cylinder, liquid-cooled SOHC motor that has fuel injection system. Power figures are the same which is 17 PS and 15 Nm of torque and the engine is mated to a 6-speed gearbox. Yamaha M-Slaz 150 Street fighter motorcycle at the Thailand International Motor Expo, priced at 89,500 Thai Baht which in India money is Rs. 1.67 lakhs. India launch can happen but some time later in the future. If the MT-03 succeeds in India than there will be stopping Yamaha to get this motorcycle and then other should follow as well.