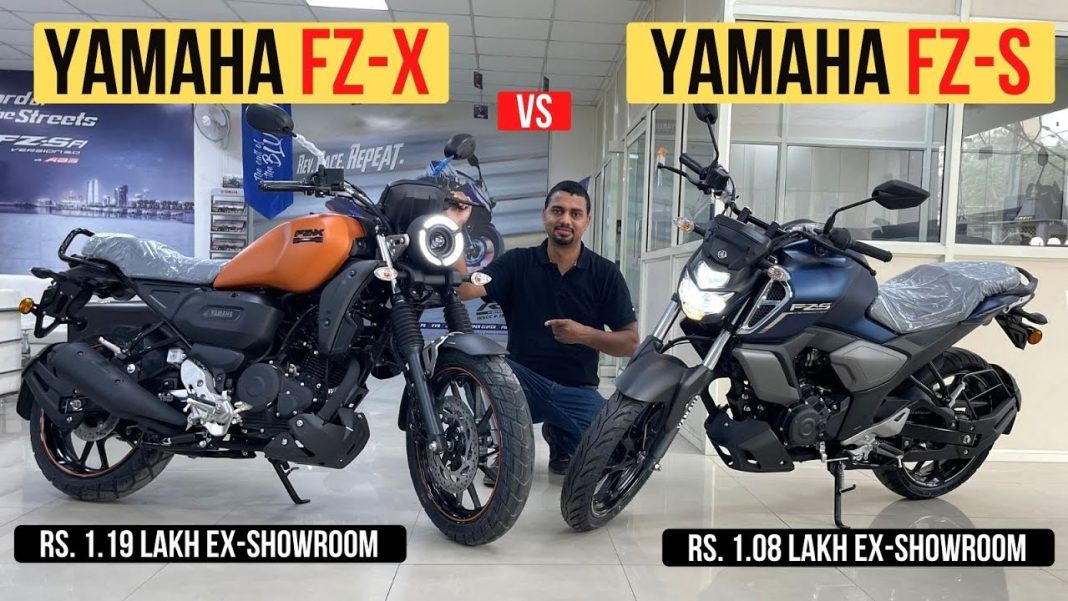 A few days ago, Yamaha introduced the FZ-X in the domestic market and is priced at Rs. 1.17 lakh for the non-Bluetooth variant and Rs. 1.20 lakh for the Bluetooth-equipped version (ex-showroom). The FZ-X has already started reaching dealerships across the country and in the video attached below, the real world walkaround of the motorcycle can be seen alongside its comparison with the FZ-S.

The Yamaha FZ-X has taken a neo-retro appeal to its design with the presence of round-shaped LED headlamps with O-ring LED Daytime Running Lights, unique aluminium brackets, raised handlebar setup and a new digital instrument cluster. However, the rear of the FZ-X is rather underwhelming with a basic LED tail lamp and a single-piece conventional grab rail.

The motorcycle is based on the same platform as the FZ V3 Fi and FZ-S Fi but it has bigger dimensions and the seat height stands at 810 mm (20 mm more than its siblings). In addition, the fuel tank capacity stands at 13 litres in the FZ-S ensuring a longer touring range as opposed to a 10-litre fuel tank in the FZ-X.

The FZ-X is equipped with telescopic front forks and monoshock rear suspension as in the FZ-S, a single-channel ABS system guided by disc brake up front and rear, an LCD instrument cluster with speedo, tacho, trip, message notifications, call alert and connection status along with smartphone charging provision and Bluetooth.

As for the performance, the Yamaha FZ-X derives power from a 149 cc single-cylinder air-cooled engine, which is good enough to generate a maximum power output of 12.2 bhp and 13.6 Nm of peak torque. The powertrain is connected to a five-speed transmission.