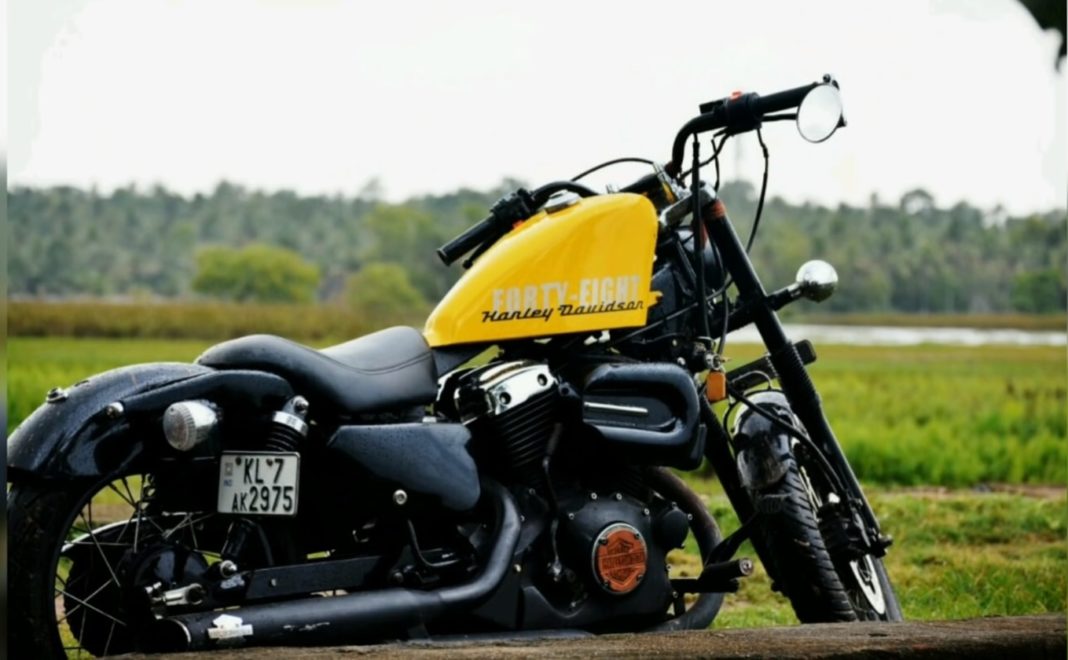 If imitation is the sincerest form of flattery, then this custom-built Yamaha Enticer is the biggest compliment to Harley-Davidson

India is a vast country, full of automobile enthusiasts of all kinds. Sadly, the options we have available in the Indian market are extremely limited and priced at a hefty premium over ‘regular’ vehicles. That, however, doesn’t stop plenty of people from owning their dream car or bike.

Here, we have a Harley-Davidson Forty-Eight, which is actually a Yamaha Enticer 125 underneath! The video was uploaded by Rakesh Babu, owner of a custom garage in Kerala, on his Youtube channel ‘sudus custom’. The video shows the transformation process in brief, starting with an abandoned little Yamaha and ending with a shiny Harley-Davidson lookalike.

The engine of the Enticer had to be rebuilt entirely, after which the bodywork was performed. As the Yamaha cruiser has a low-slung chassis, it had to be slightly altered. Next, a custom fuel tank, fabricated by Rakesh himself, was added to the bike, along with custom mudguards and a bar-end mirror on the right side of the handlebar.

Harley-Davidson motorcycles are only available with a V-twin engine, but Yamaha Enticer only had a tiny 125cc single-cylinder engine. A fake cylinder was created thus, complete with a new engine cover and a dual exhaust setup, to imitate a V-twin design. The headlight of the bike consists of a car’s fog lamp, while the taillight was custom-built.

In the video, we also hear the motorcycle’s engine running, and while it doesn’t have a V-twin rumble, the sound is quite deep and throaty. The exact cost of this entire build wasn’t declared in this video, but regardless, this is quite an impressive mod job. Sadly, all modifications that alter the chassis are illegal in India. 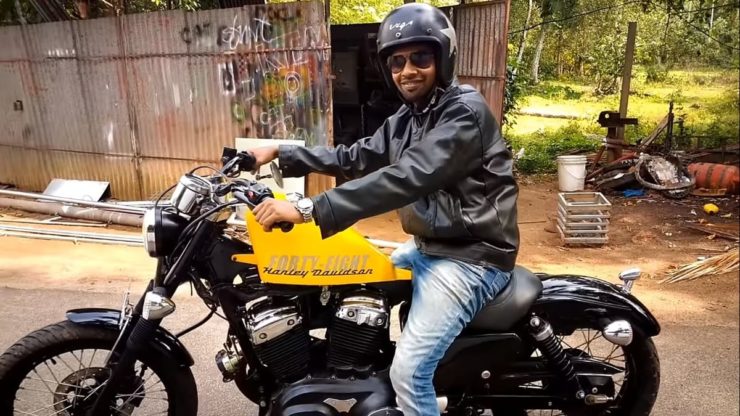 The Yamaha Enticer was sold in India between 2003 and 2006, and was powered by a 123.7 cc single-cylinder, air-cooled engine, which came paired to a 4-speed sequential gearbox. Even with such a tiny powerplant, the motorcycle managed to produce 11 hp and 10.4 Nm of peak power and torque, respectively. In a typical cruiser fashion, the Enticer had a larger front wheel (18-inch) and a relatively smaller rear wheel (16-inch).