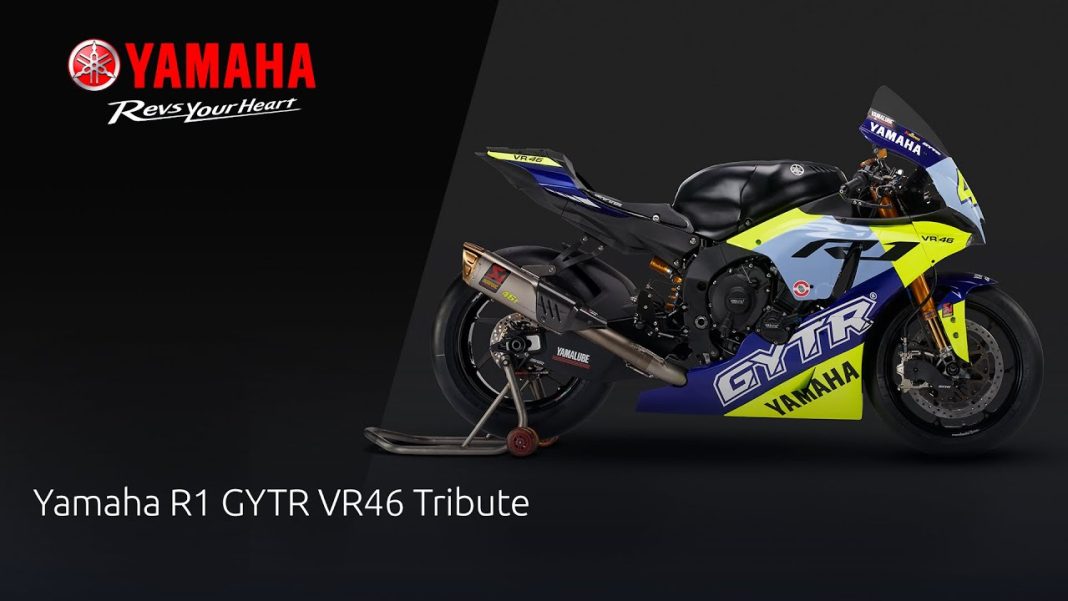 Valentino Rossi is undoubtedly one the highly popular Grand Prix racers ever and as anyone would say, all good things would come to an end and in Rossi’s case, his career had culminated. The Italian made his debut more than 26 years ago and is one of the influential sportsmen in the world inspiring generations and Yamaha has commemorated his achievements.

Rossi has won nine world championship titles across different classes with 115 wins and 235 podiums, and Yamaha has created this bespoke R1 with a special livery developed by Aldo Drudi – the renowned helmet designer and friend of the ex-champ himself. The Yamaha R1 GYTR VR46 has some unique features that come as a result of the Japanese brand’s WSBK development.

This even led to Yamaha clinching the triple crown at the 2021 World SBK championship. The most specced out R1 GYTR ever made for track use comprises a new carbon fibre fairing kit and full carbon rear subframe, increased fuel tank capacity of 22 litres, and plenty of weight-saving elements. In addition, high-performance Brembo brakes and ECU REX 140 Marelli are also utilised.

Besides the special parts from WSBK expertise, GYTR parts such as the Ohlins suspension and GYTR front and rear sprockets are also part of the package. The Yamaha R1 GYTR VR46 Tribute was handed to Valentino Rossi for the One More Lap event at the EICMA 2021. The Italian attended the event for the first time as Yamaha pays tribute to his legacy.