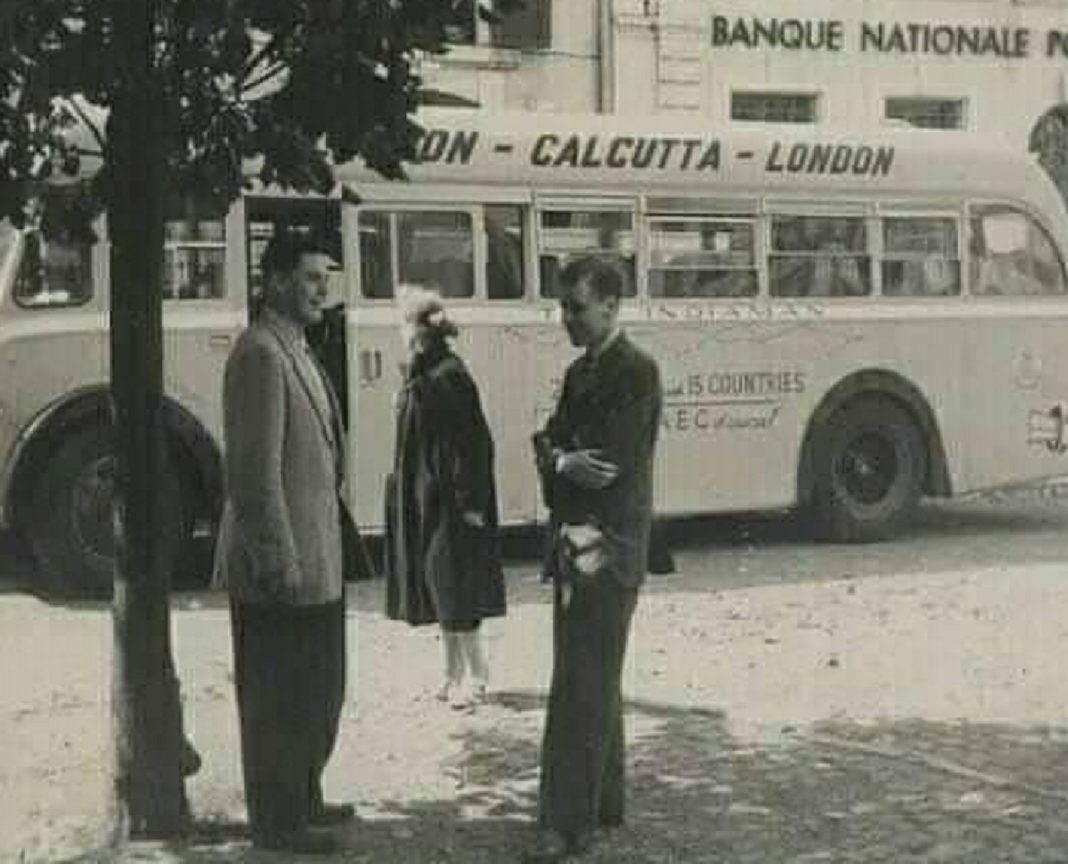 In 1968, an Australian Tour Company established the world’s longest bus route, travelling between different countries like Australia, UK, and India.

We think of buses as a transport best suited for intracity travel at best, and interstate at most. That, however, isn’t the end limit of a bus’s potential. In 1968, Andy Steward, a businessman based in Australia, established a tour company. The company ran a double-decker luxury bus service on the longest bus route ever, between three continents!

The bus, affectionately called ‘Albert’, set on its maiden journey on 8th October 1968, from Martin Place in Sydney, Australia, and returned on 17th February 1969. Over a period of eight years, Albert undertook a total of 16 trips, out of which 15 had return trips as well. The bus made upwards of 150 border crossings and wasn’t ever stopped for major security concerns or scrutiny. The official website also claims that the entire duration of its operation went smoothly, without a single bribe ever being paid!

According to the official website, ten out of the fifteen round trips operated between Calcutta and London. Thus, a majority of its services were offered between London and India. There were five stops for the bus in India- New Delhi, Agra, Allahabad (Prayagraj), Banaras (Varanasi), and Calcutta (Kolkata). During its last trip, Albert the bus was supposed to return to Australia and then be retired, but due to political turmoil in Iran, the trip had to be ended in London. 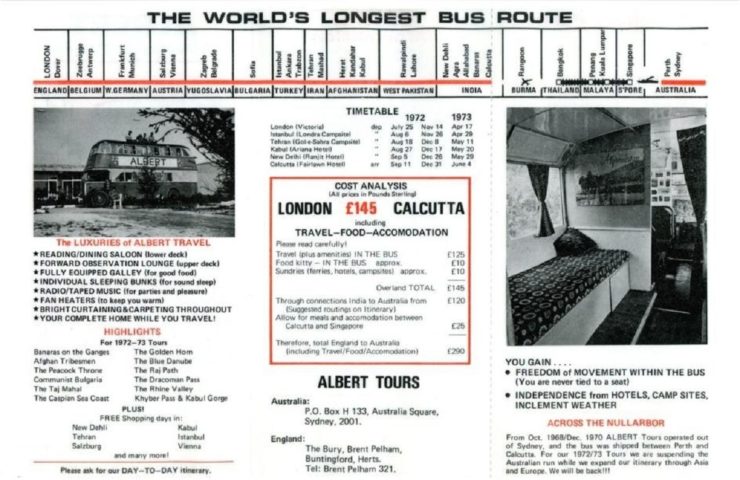 Even by today’s standards, there was plenty of luxury on offer on Albert. It was marketed as a mobile lounge rather than a transport. There was a separate dining lounge on-board, along with an observation deck and individual beds.

The bus also offered heating and music system, the latter capable of playing the radio as well as tapes. The floors were carpet-lined as well, for a premium feel in the cabin.

The ticket fare to travel between London and Calcutta was 145 British pounds, which was quite an exorbitant price back in the day, and the price from Sydney to London on world’s longest bus route was exactly double that! That said, considering the scale of the adventure and the luxury on offer, it seems justified. A marvellous journey indeed, with plenty of sightseeing!