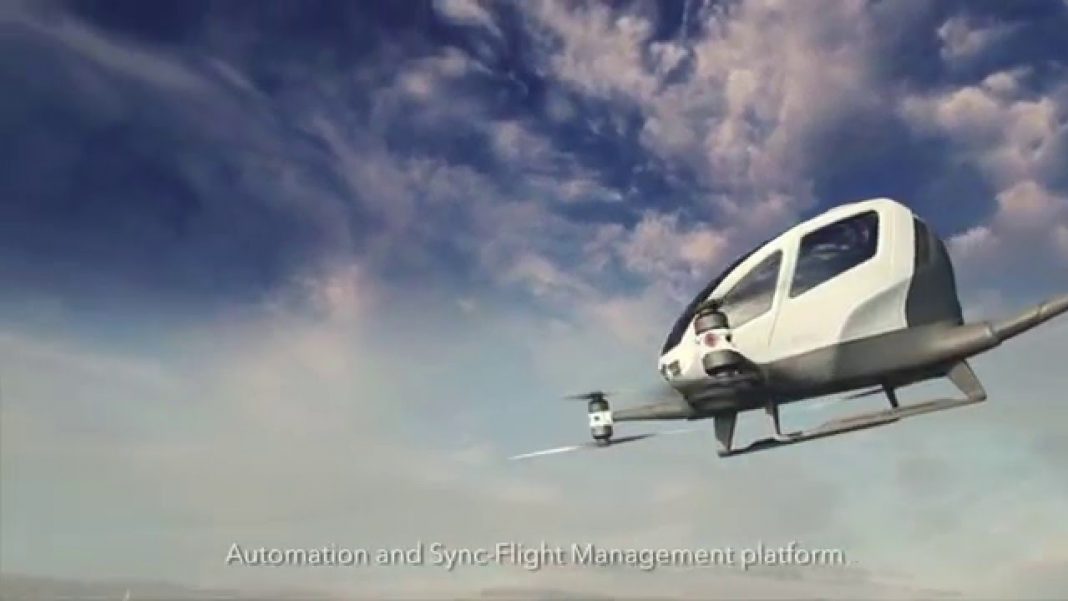 Chinese company Ehang manufactured the World’s first passenger drone, which was showcased at the CES in Las Vegas in last January, 2016. Now the US authorities have gave the clearance to the Chinese company to test the drone’s airworthiness in Nevada. The unique drone developed by the Chinese company is dubbed as the Ehang 184. It can stay in air for 23 minutes and it can carry one passenger.

To test the electric powered drone in Nevada the Chinese company has tied up with Nevada Institute for Autonomous Systems or NIAS and Governor’s Office of Economic Development or GOED. The electric drone works a bit like the Google’s autonomous car as the passenger just needs to input the destination and the autonomous system in the drone will do the rest. It will take off from the ground vertically and it has a capability to fly at an altitude of 11500 feet from the ground level. The top speed of this drone will be 100 kmph. It has a total of eight propellers on its four arms, which will enable it to fly for 23 minutes in the air.

With the test scheduled to begin later this year Ehang is hoping to lay the foundation of the future aerospace autonomous mobility. These tests will also clear the way of the commercialisation of the world’s first passenger drone. With guidance from NIAS the Chinese company will have to prove the Ehang 184 drone’s airworthiness to the Federal Aviation authority or FAA.

The Chinese company based in the Guangzhou province of Southern China has experience in making camera drones. But the passenger drone will be one of a kind. Interestingly, Nevada has become the test bed for several mobility solutions for several companies in recent times. This is also the first state in US to let the autonomous vehicles to get tested there.