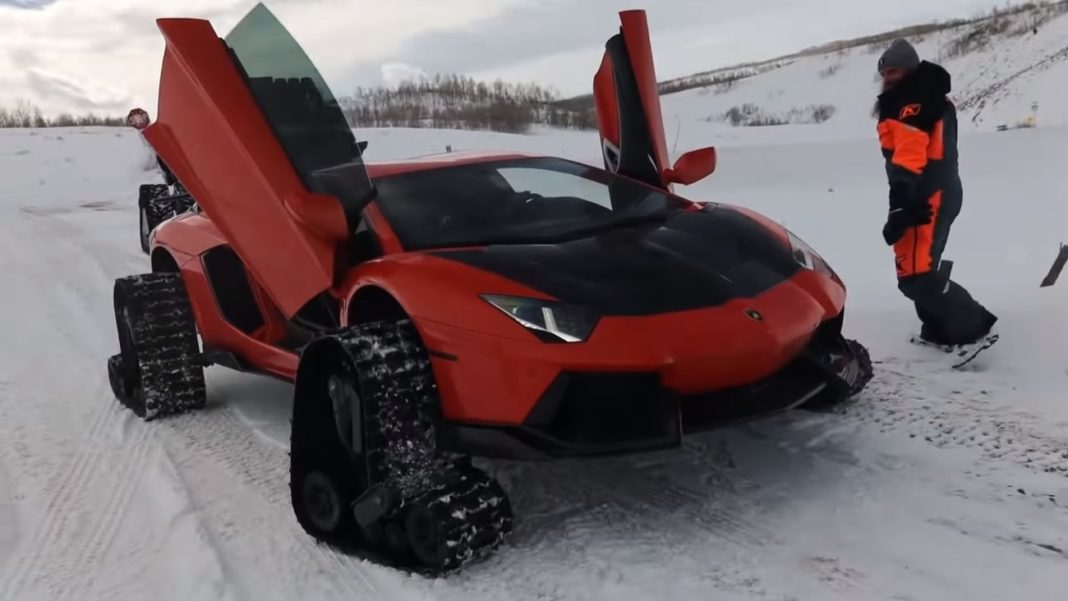 This Lamborghini Aventador has been modified with tank-like tracks, which turns out to be disastrous for the poor supercar

Lamborghini is one of the most iconic supercar manufacturers in the world, and the Aventador is one of its finest offerings. This V12-powered supercar is already an insane vehicle in its stock avatar, and so, there is no need to customise it, right? Not if you’re a YouTuber looking to attract millions of views.

The video we have here, uploaded by TheStradman, shows a Lamborghini Aventador wearing tank-like tracks instead of tyres. A few changes have been made to the vehicle in order to properly fit the tracks. This modified Aventador has a lot of ground clearance as a result, which makes it much more capable of handling off-road terrain, as we see in the video.

The vlogger and his team take the Lambo to snowy hills in Utah, US, for a drive. The video gets to a rocky start, with the customised supercar having trouble getting off the trailer. Thankfully, the team manages to get the Aventador on to the snow without it falling off, and after that, the off-road adventure begins.

Although the tracks offer good traction in the snow, these mods also make the Lambo hard to drive. The tracks throw snow on to the windshield, which brings the visibility down to almost zero, despite the wipers working relentlessly. Also, they put tremendous pressure on the transmission (especially the clutch), power steering, suspension, etc.

Still, it’s all fun and games in shallow snow, but when the vehicle is taken to deeper snow, it gets stuck. Thankfully, there was a Jeep Wrangler, also fitted with snow tracks, ready to tow it out. After that, the supercar is driven around for a little while, and gets stuck once again. The car then breaks down and has to be towed back. 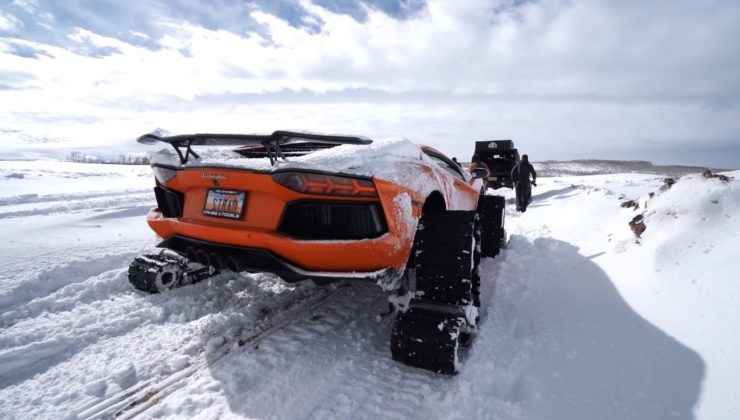 The fate of the poor Aventador was unsurprising, as the vehicle was never designed to do, well, whatever was done to it here. That said, this was the first time such a ridiculous mod was done to a Lamborghini Aventador. Overall, this video was quite entertaining, albeit a little painful, to watch.