The wooden bike is built by Dutch designer Ritsert Mans with help from Peter Mooji; could turn a new dimension in fuel technology

Have you ever heard of a bike that is built of wood instead of conventional materials and what’s more interesting is the bike runs on algae fuel instead of conventional petrol. Yes, it sounds surreal, but this is what happened when Dutch designer Ritsert Mans and his friend Peter Mooji took the project to build this bike that is built with natural elements and runs on eco-friendly natural fuel.

The idea came when Peter Mooji was working on a book called ‘The Thick Algae’. This book says how algae can be produced commercially and used as a sustainable fuel source. During the course of building the unique bike, Ritsert Mans developed the motorcycle and his friend started growing algae for harvest.

In the entire bike, the engine, drivetrain and wheels are the parts that are not built of wood. Recently, the duo tested this unique wooden bike on a beach. It was first found in 2012 that algae can be used as the source of sustainable fuel of motorcycle. Scripps Institution of Oceanography in California tested the algae oil.

Scripps alumnus Kristian Gustavson and Devin Chatterjie teamed up to set the first and only algae powered motorcycle speed record at the Texas Mile in Beeville. Interestingly, the algae-based Green Crude diesel powered motorcycle prototype was able to reach 153 kmph. Also, there was a test done using a 50-50 mix of algae fuel and cooking oil waste and in this case, the motorcycle ran at a speed of 155 kmph. 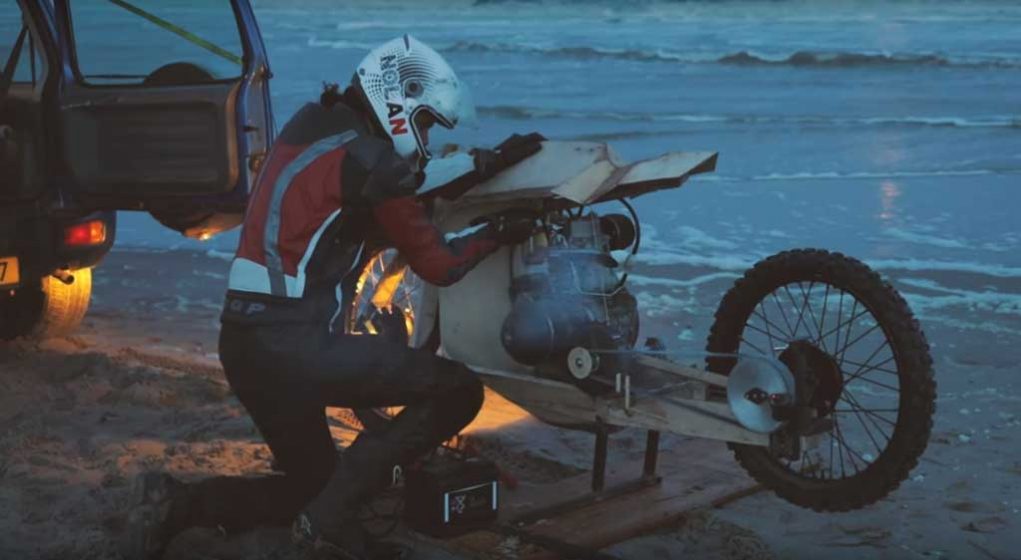 Research for alternative fuel for automobile sector is on for quite long time. Environment-friendly fuels like hydrogen are being used in limited numbers. Several auto majors across the world are developing electric cars keeping the future in mind. Algae can also become a great source of fuel, but the only problem here is that it is much more expensive than the conventional fuel.