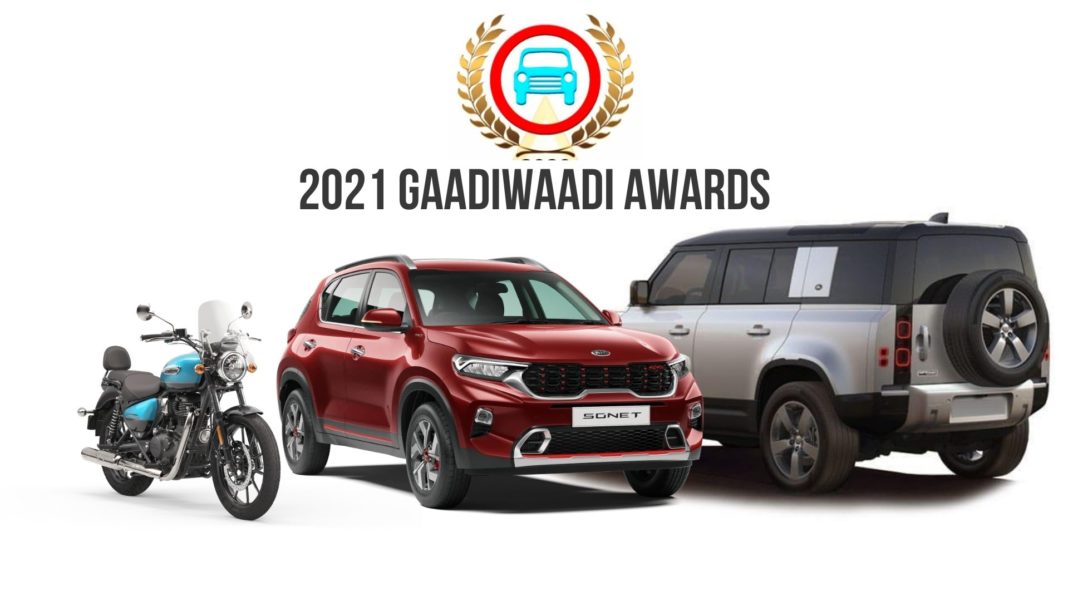 In the Calendar Year 2020, the Indian automotive industry did not get off to a great start following the rather bewildered previous term in the light of BSVI norms which came into effect from April 2020. However, the biggest blow to the auto sector as well as the economy came through the health crisis that put a temporary end to the production for more than three months.

The resilient industry did not back down and instead threw in all it got with many launches in the second half of the year and the growth in month volumes did come by consistently across the board. The 2021 GaadiWaadi Readers Choice Awards and Editors Choice Awards reward the best the industry had on offer and without further ado let’s get right into it.

The polling for the 2021 GaadiWaadi Reader’s Choice Awards was closed by the midnight of January 15, 2021. To make matters more interesting, we have also announced the winners of 2021 GaadiWaadi Editors Choice Awards where our editors and auto industry experts picked winners and these were subjected to healthy argument and reasoning before choosing the right winners.

The 2021 GaadiWaadi Editors’ Choice Awards were more of a wholesome affair. The juries picked the Kia Sonet as the Car Of The Year due to a number of reasons. It is sensibly priced amongst competitors and has an expansive range offering multiple transmission choices for a variety of customers. 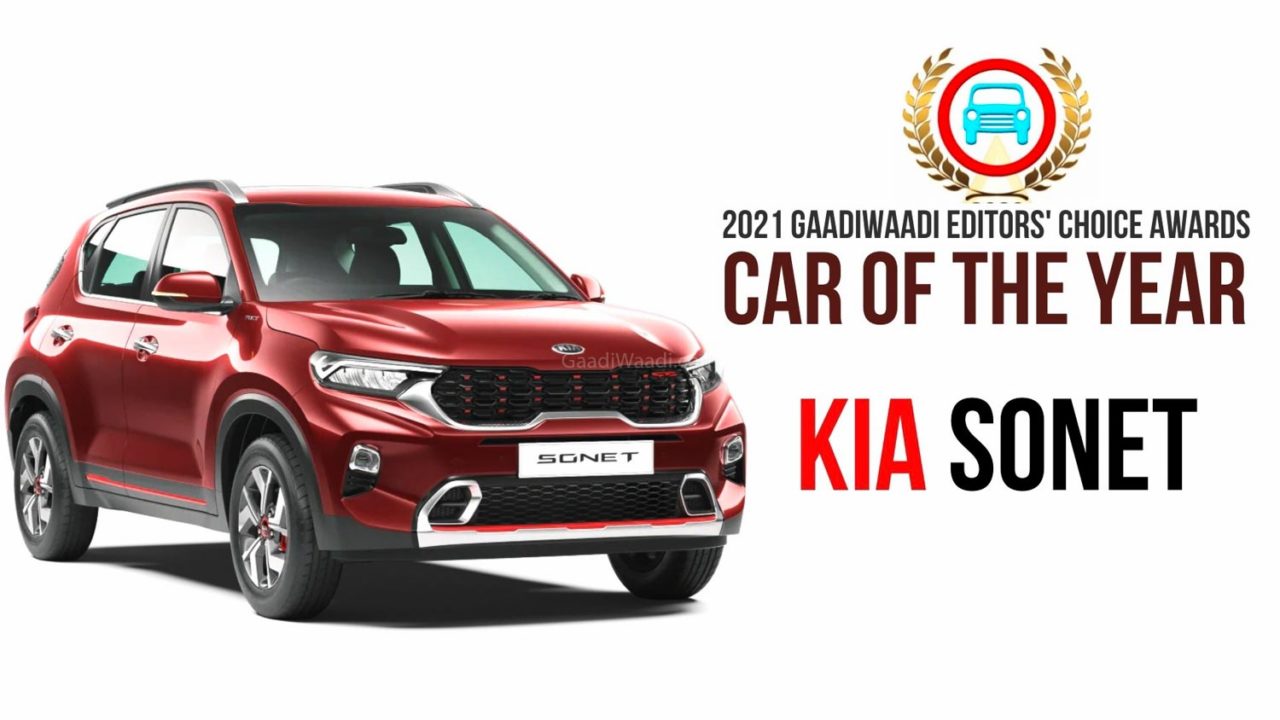 The compact SUV is sold with 1.2-litre petrol, 1.5-litre diesel and a 1.0-litre turbo petrol engine. Moreover, Kia made sure the Sonet does not miss out on segment-first features and thus its upmarket nature and packed equipment list have proven to be game changers in their own right.

The judges chose the Honda H’ness CB350 as the Bike of the Year in the 2021 GaadiWaadi Editors’ Choice Awards over the Royal Enfield Meteor 350 and a list of reasons can be mentioned. 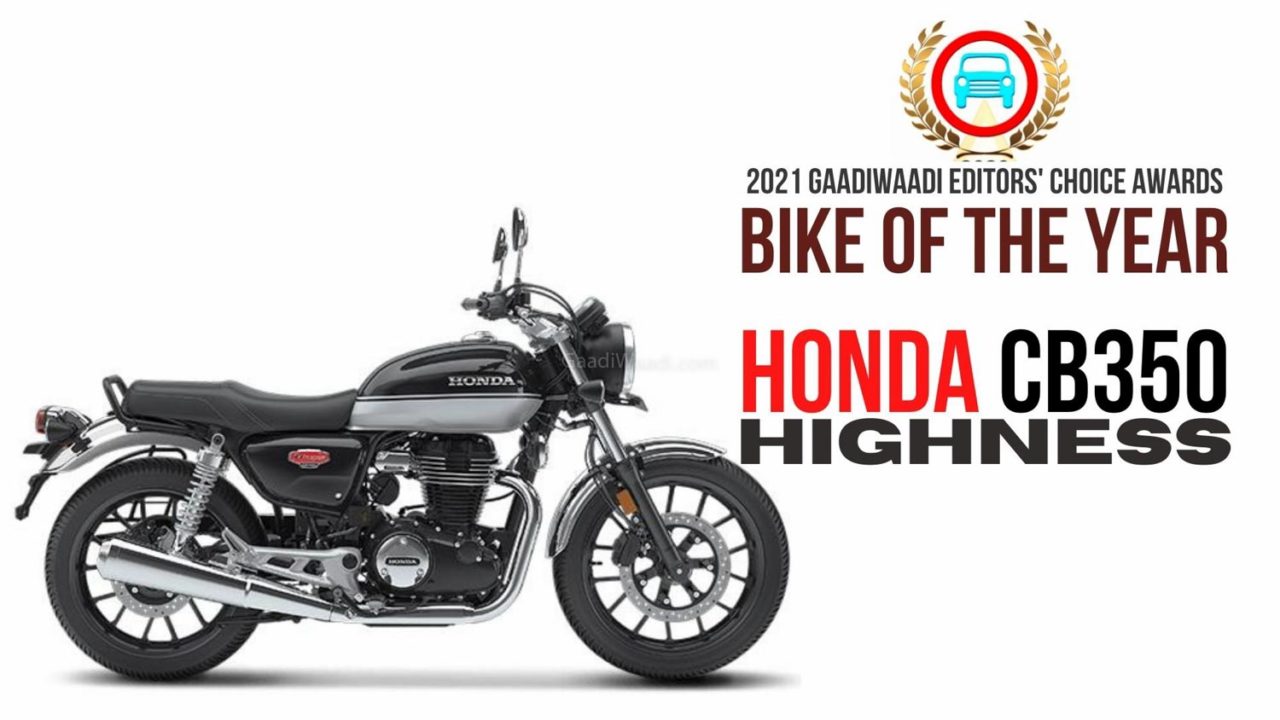 We all had to agree on the Land Rover Defender for the Luxury Car Of The Year award though. The legendary nameplate made its debut in India late last year. It is the most advanced Defender in its lifespan and has been priced at Rs. 73.98 lakh for the entry-level model and it goes all the way up to Rs. 90.46 lakh (ex-showroom) for the range-topping trim. 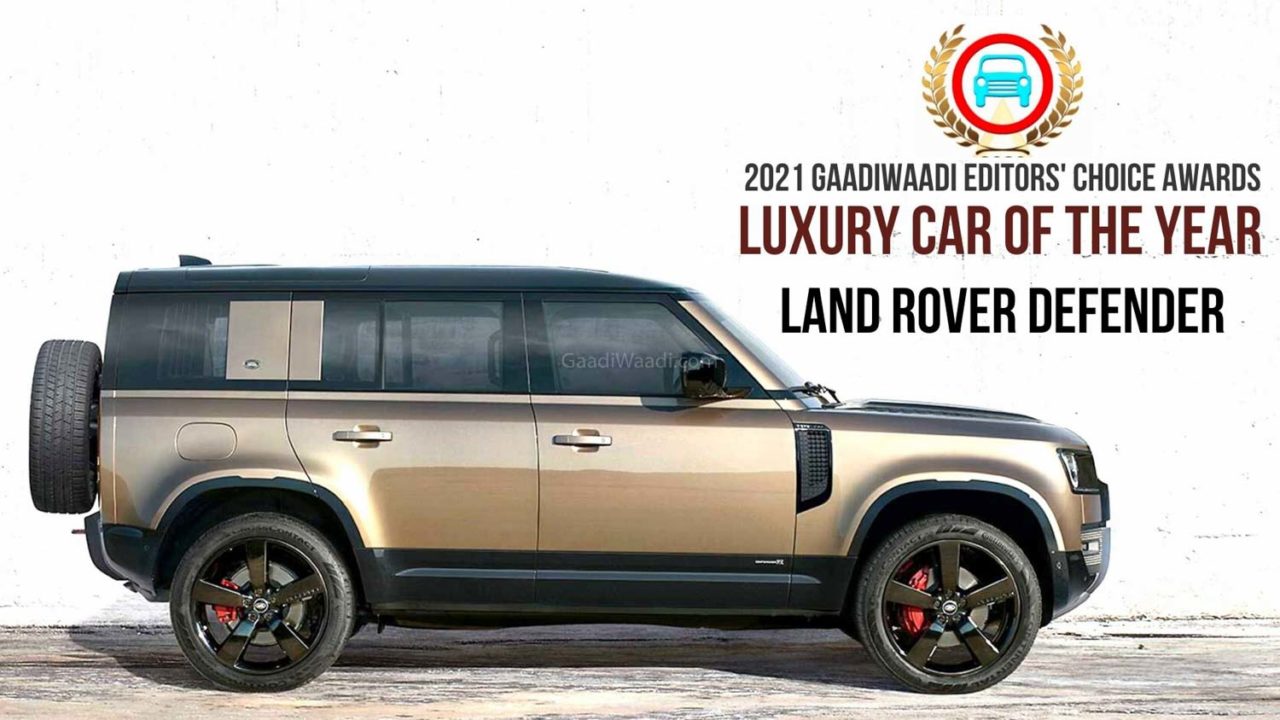 The highly capable off-roader is retailed in Base, S, SE, HSE and First Edition trims and is based on the new D7x architecture. It has the ability to be an everyday luxury SUV on the tarmac and when it runs out can manoeuvre through with ease off the beaten path as the versatility has been rewarded.

2021 GaadiWaadi Readers Choice Awards saw 17,000+ votes being polled across four different classes and here we give a low down of how you guys have voted. 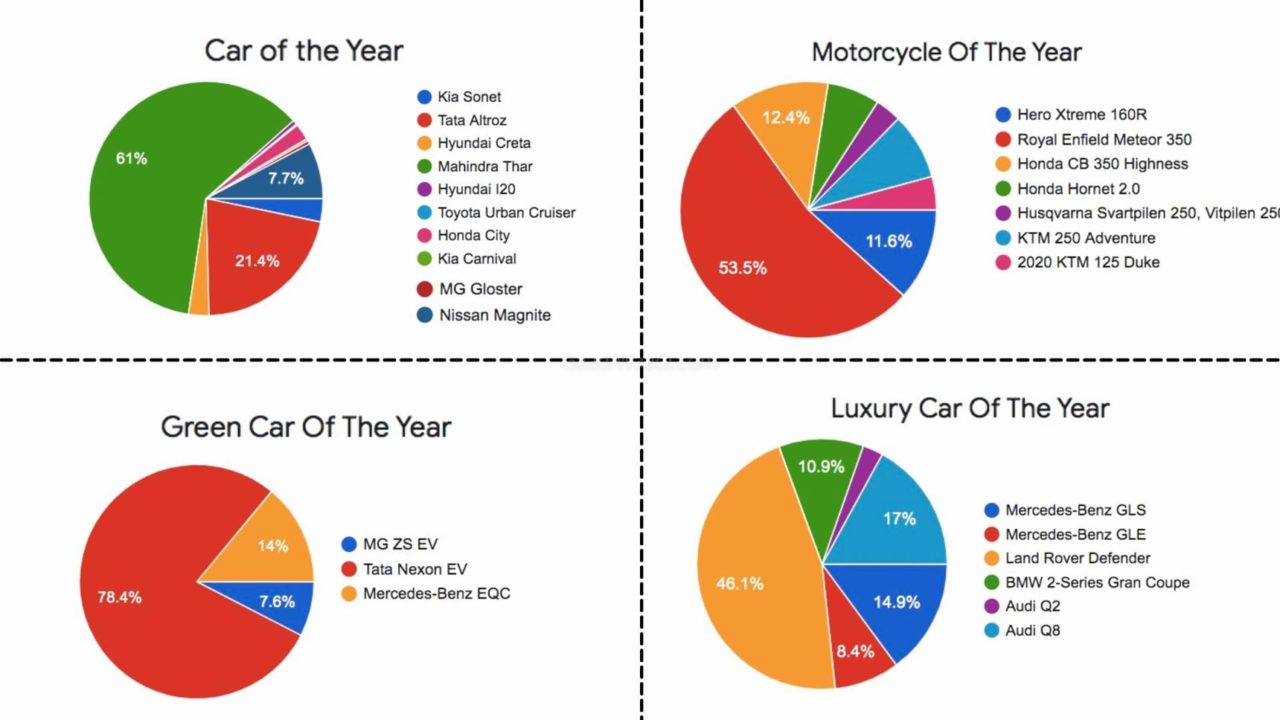 Our esteemed readers have handed the Car Of The Year to the new generation Mahindra Thar as it garnered a massive 61 per cent of the total votes while 21.4 per cent of you believed the Tata Altroz was the best launch of 2020 and the remaining 7.7 per cent voted for Nissan Magnite compact SUV. Models like Hyundai Creta, Hyundai i20, Toyota Urban Cruiser, Honda City, Kia Sonet, MG Gloster and others gained the remaining votes. 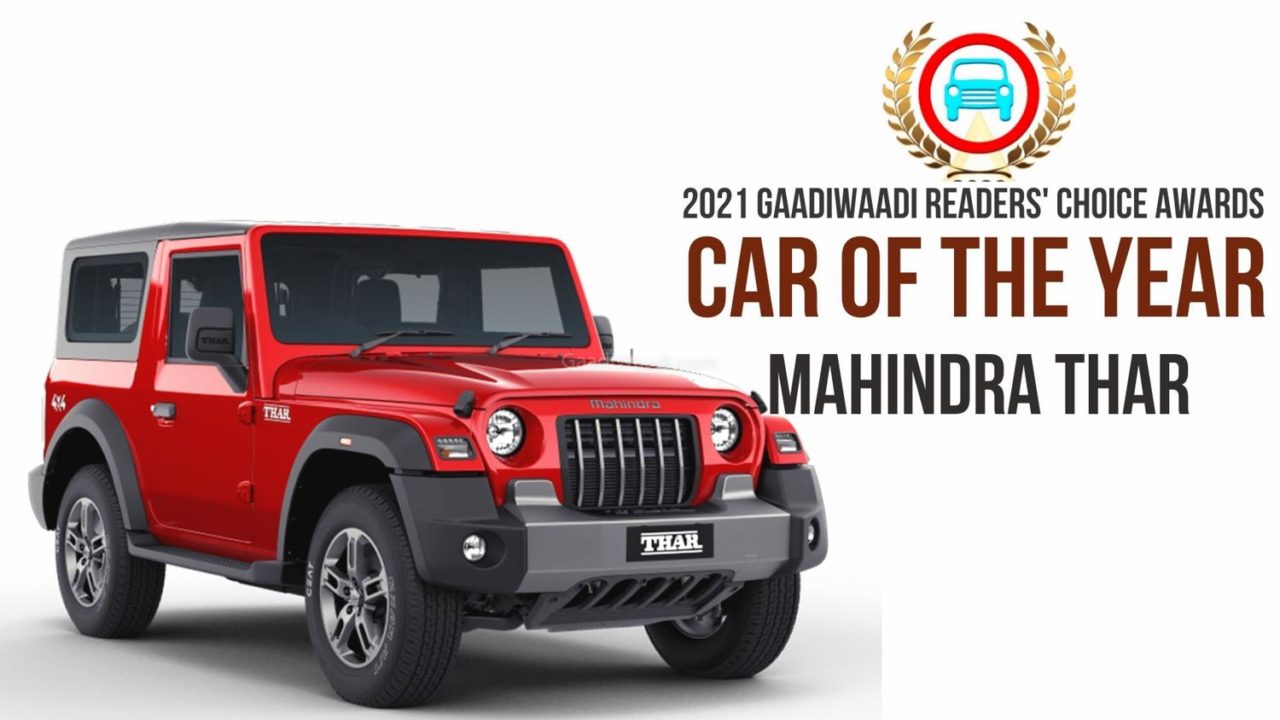 The Royal Enfield Meteor 350 has acted as a replacement to the Thunderbird 350 upon its arrival a few months ago. Offered in three variants, it gets a new chassis, updated engine and transmission, reduced vibrations and more importantly improved fit and finish. 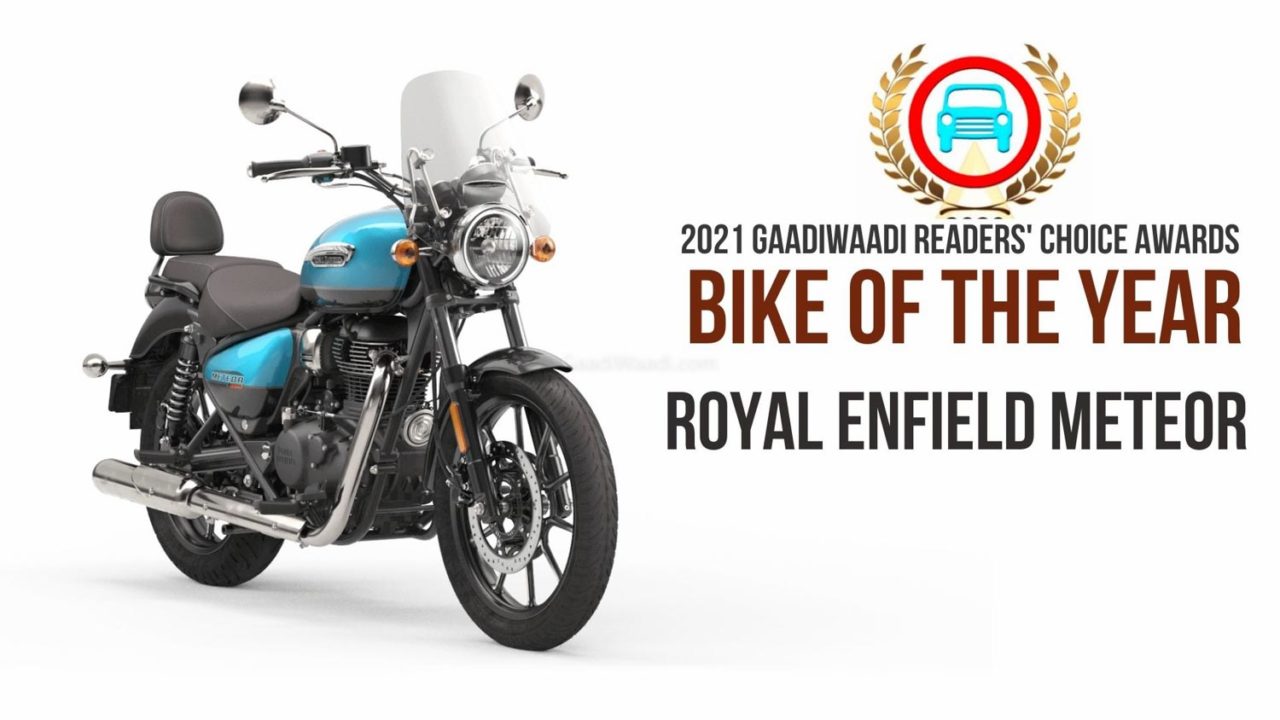 It looks like you guys really have an adoration for it as it was preferred by 53.5 per cent to be our Bike Of The Year. The Honda H’ness CB350 came second with 12.4 per cent while the Hero Xtreme 160R endured 11.6 per cent votes and the KTM 250 Adventure with 8.4 per cent votes. 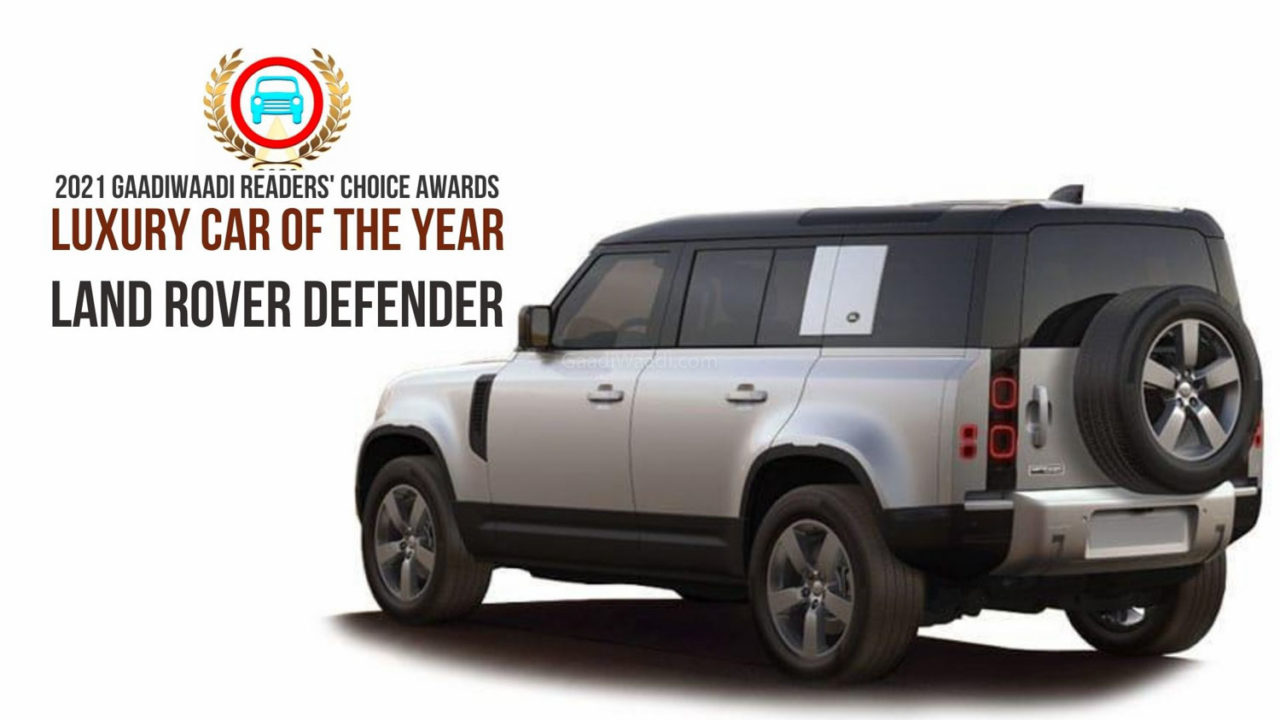 As one might expect, the Tata Nexon EV ruled this category with 78.5 per cent votes. It was also the highest-selling electric car in India in the last calendar year and is also competitively priced with no direct rivals. 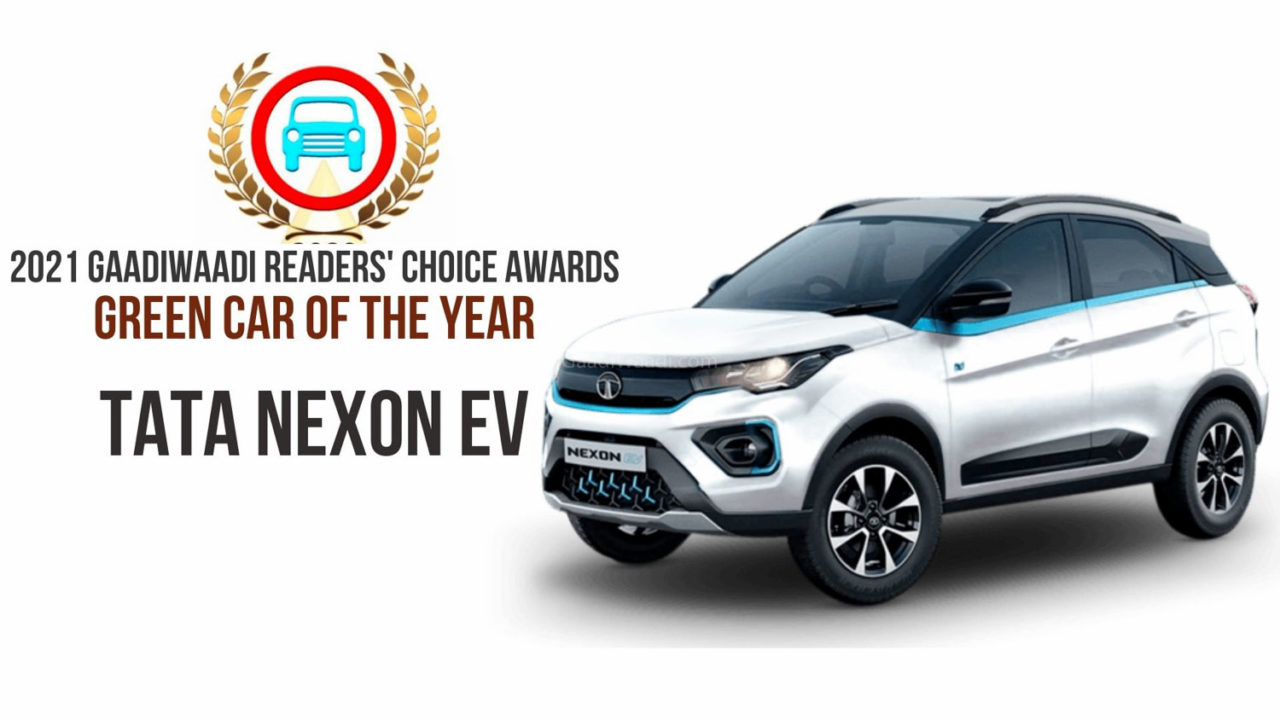 It has a claimed range of more than 300 km on a single charge and it finished ahead of Mercedes-Benz EQC and MG ZS EV with 14 per cent and 7.5 per cent votes respectively.

We thank all the juries from the auto industry, our esteemed readers who have voted and of course the manufacturers for bringing in new cars that set the notch up higher every time paving way for progression