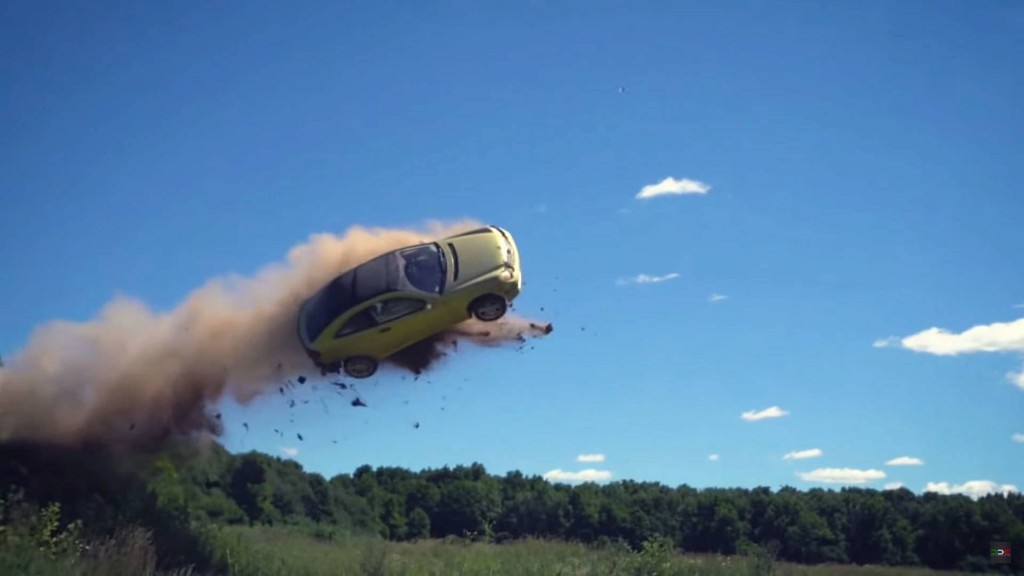 After getting airborne, C Class Coupe twisted and landed upside down. Sadly, the distance was smaller than Youtubers expected

YouTube is loaded with lots of crazy videos of cars whether its high speed chases, modifications or funny accidents. All these are just for fun and when we came across this video by Daily Driven Exotics in which they took a supercharged Mercedes C Class to jump a dirt hill to see how much distance it covered.

The actual Mercedes part of the video starts after sometime. Initially they do some donuts and hit some cars with C Class. Then they decided to take it to next level by taking supercharged C Class to jump a dirt hill, this will certainly lead to total destruction of the car for sure, so it can’t have a driver as he will have some serious injuries for sure.

But they don’t have any fancy autonomous tech to drive the vehicle instead they took the dare devil approach. The throttle will be jammed so that it will accelerate and the driver will hold the steering just before the top and bail out, then the car will be on its own.

Before we say what happened, we will let you guess how much distance it will cover. I hope you guessed but things didn’t go well as steering was not straight when car approached the top and it turns slightly, which meant that C Class Coupe didn’t get the launch right.

After getting airborne, C Class Coupe twisted and landed upside down. Sadly, the distance was smaller than Youtubers expected. But the car was damaged heavily and one interesting thing is that front airbags didn’t work, only side airbags deployed may be the sensors at front was not activated as it’s not a frontal impact.

After that they just abandoned the C Class and went away. But I was expecting them to start the C Class once again to see whether it has survived the impact. After landing upside, smoke was coming from engine bay so it might had some problems.