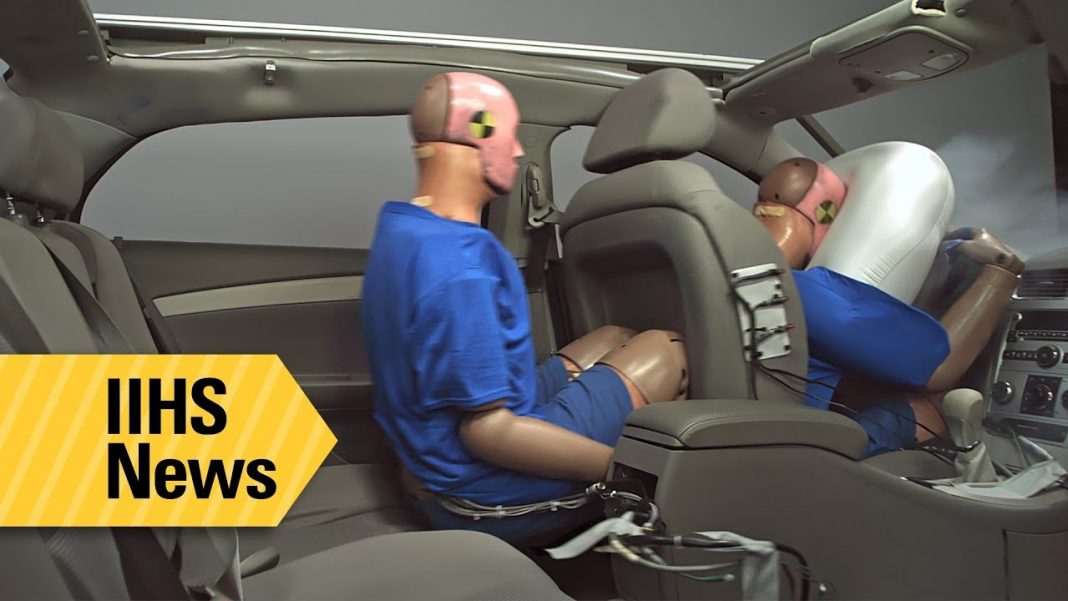 It is pivotal to buckle up the rear seat belt as in the event of frontal crash, it will prevent life threatening injuries

While buying a car, it is important to delve on the safety features as much as the price bracket you are going after. Even the basic safety equipment can sometimes make the difference between life and death. From what I have seen, the awareness of wearing seat belts has increased over the years and it is a welcoming prospect but what the occupants often forget is the significance of the seat belts at the back.

Here is a video from the highly reputed Insurance Institute for Highway Safety (IIHS) that focuses on the theme of this article. It says 90 percent of the people would not wear a safety belt in the back seat when traveling by taxi or ride-sharing service or even during short daily commutes. Furthermore, an IIHS senior research engineer, Jessica Jermakian, stated that for most adults, riding in the back seat is far safer than at the front.

But it contradicts when they are not buckled up. The survey involved adults of 18 years and above from June to August last year and concluded that out of 1,172, only 72 percent agreed they also use their seat belt at the rear which is on contrary to the 91 percent regularly buckling up in the front. Another menacing fact is the unbuckled passengers at the rear do not just risk their lives but also the ones sitting in front of them.

In the event of a crash, the rear passenger without wearing seat belt may injure or even cause fatality to the front occupant as the driver would be pushed all the way into the steering wheel or into the dashboard on the other side. This phenomenon is clearly demonstrated by the crash test dummies in the video.

At the back seat, a lap or shoulder belt is the principal means of occupant protection during a frontal crash. Our bodies will be prone to hit hard surfaces or other people at maximum speed leading to life regrettable injuries. We kindly advice whoever seeing this video would realise the importance and practice bucking up in the back seat.