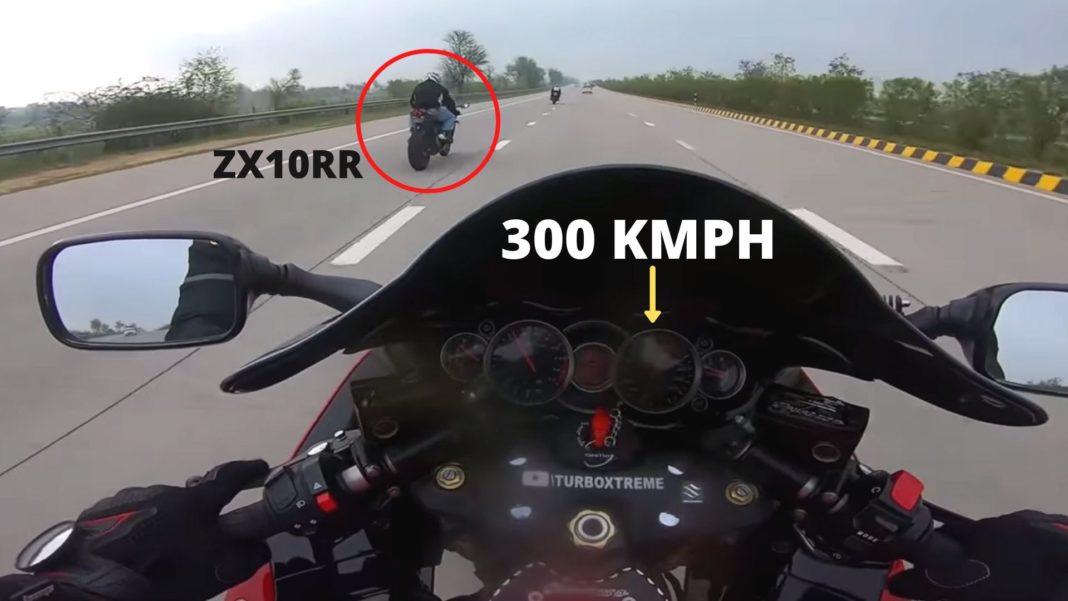 The Suzuki Hayabusa is one of the most powerful motorcycles that has been on sale in the Indian market, and its popularity saw an immense growth when the bike was featured in  the first installment of the Bollywood film ‘Dhoom’. Since then, the Hayabusa has been one of the highest-selling big bikes in the country.

Sadly, Suzuki decided against upgrading the current-gen Hayabusa to comply with the stringent Euro-5 / BS6 emission norms, and hence discontinued the iconic bike earlier this month. However, that certainly does not stop us from enjoying this video uploaded on YouTube showing a Hayabusa hitting triple digit speeds with ease.

The video has been uploaded by Turbo Xtreme, and shows five bikers who are planning a trip to Agra via the Yamuna Expressway. Do note that the said highway is one of India’s longest six-lane controlled-access expressway stretches, and auto enthusiasts have been known to take their cars and bikes to this highway to unleash their power.

The five bikes that are included in the video are Kawasaki Ninja ZX10R, Yamaha YZF R-1, Kawasaki ZX10RR, BMW S 1000RR, and of course, the Suzuki Hayabusa. The Hayabusa rider can be seen taking his bike to the 300 km/h mark a couple of times, and later slows down.

Powering the Suzuki Hayabusa is a 1340 cc liquid-cooled, in-line four-cylinder motor that belts out 195 PS of maximum power at 9500 rpm, along with 155 Nm peak torque at 7200 rpm, and comes coupled with a 6-speed manual transmission. Despite a kerb weight of 268 kg, the superbike can clock 300 km/h speed without much trouble.

Some roads and highways might tempt you to open the throttle of your car or bike, it is never safe to do it on public roads since Indian roads are extremely unpredictable and controlling any vehicle at high speeds becomes very difficult. We urge all our readers to follow all road safety rules and regulations.