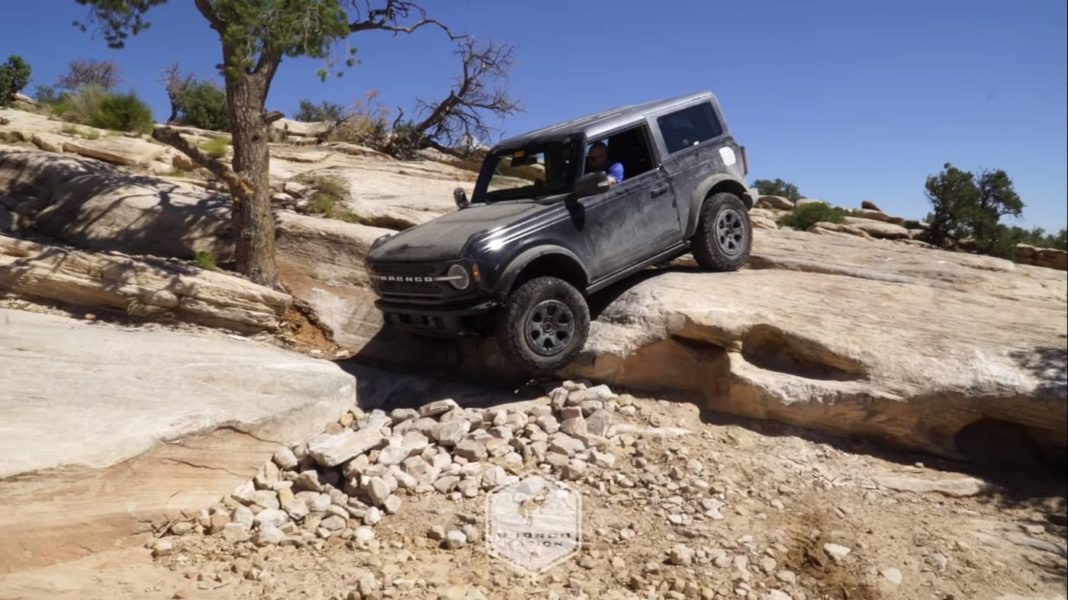 Here, we have a video showing a few test models of the Ford Bronco being driven in the rocky mountains of Utah, USA

The recently-launched Ford Bronco is perhaps the most off-road-capable vehicle ever built by the blue oval. Ford seems to be extremely proud of the vehicle, showing off its capabilities every moment it gets. The American carmaker has released a new video recently, showing a few Broncos braving through the rocks of Moab, Utah, USA.

In the video, we see some Ford Bronco prototypes (consisting of two-door and four-door models) driving over various types of risky terrains. First, we see a four-door Bronco climb up a rather steep rocky trail, which it does with remarkable ease. Next, we see a two-door model climb down a rock fold. It wasn’t an easy task, but the driver and the car worked to together to make it seem easy in the clip.

We also see a lot of other treacherous paths in the video, where the wheel articulation, the AWD system, and the torquey engine, are all put to the test. Of course, the Bronco absolutely nails all the off-road sections, regardless of the difficulty level! Needless to say, the car’s abilities are extremely impressive.

The video was posted on the ‘Bronco Nation’ YouTube channel, and for some reason, it has a loud soundtrack playing in the background. Be sure to lower the volume before playing it. We would have loved to hear the engine roar, the tyres squeal, and the suspension creak, but the video is extremely action-packed, so we’re not complaining!

It does seem like these test models were wearing the “Sasquatch Package”, and the drivers were also all experienced professionals. The four-door model did seem like a shade too large for easy manoeuvrability, but the two-door model seemed like an absolute peach, managing to climb up the steepest of rocky slopes. 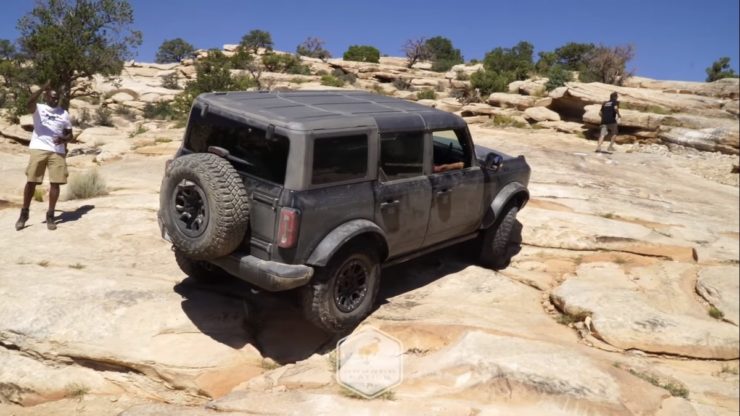 The Ford Bronco lineup consists of three models – two-door, four-door, and Sport. The first two are built on a traditional body-on-frame SUV architecture, and feature removable doors and roof. The last one, the ‘Sport’ model, is a crossover SUV that offers an impressive blend of off-road capability and on-road dynamics, while also being a practical family car.