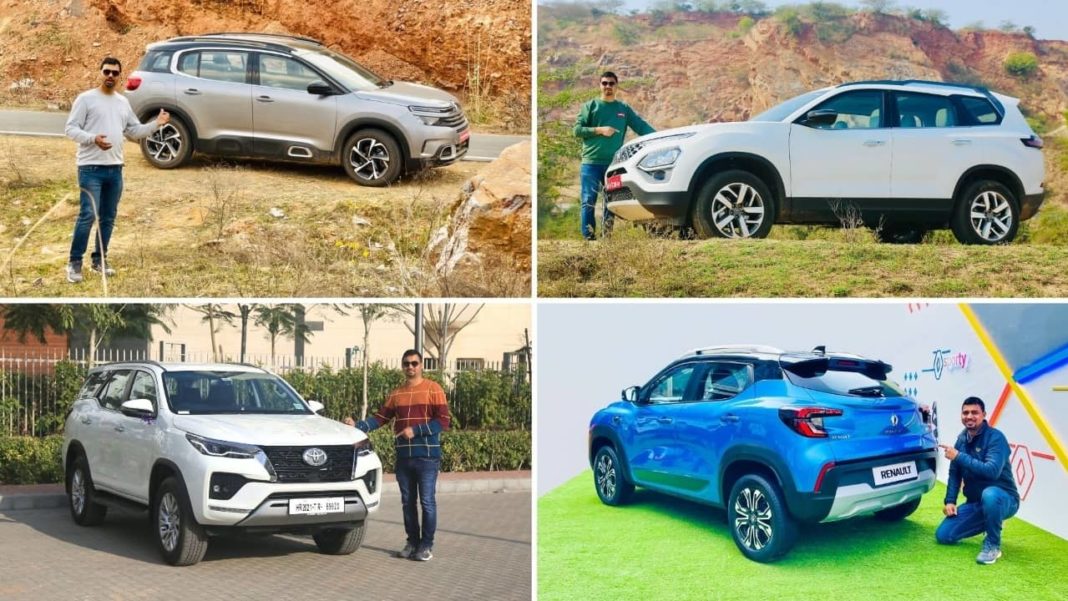 Here, we have listed the top four videos that we’ve filmed thus far in 2021, including both reviews and walkaround videos

2021 will be quite a busy year for the Indian automobile industry, with a lot of new vehicles scheduled to launch this year. A few of these vehicles have been unveiled and will launch very soon, and a few others have already arrived in our market. Of course, new launches require extensive coverage, and we’ve been busy as well!

Below are the top reviews and walkaround videos we’ve shot this year, of vehicles that have been launched or unveiled in India since the beginning of 2021.

Citroen unveiled its maiden offering for the Indian market, C5 Aircross, at the beginning of this month. The SUV is slated to launch in India in March 2021, and is expected to be priced between Rs. 28 lakh and Rs. 30 lakh.

The vehicle has an extremely quirky design, which has attracted polarising opinions from the Indian audience. Under the hood of the C5 Aircross is a 2.0-litre turbo-diesel engine, which generates 177 PS and 400 Nm of peak power and torque, respectively. There is a single transmission on offer here – an 8-speed automatic gearbox.

Tata Motors is set to launch the new-generation Safari in India on 22nd February 2021, with prices expected to range from Rs. 14.89 lakh to Rs. 21.75 lakh. The new Safari is based on the Harrier, and the two SUVs have a lot in common. The 2021 Safari draws power from a 2.0-litre turbocharged diesel engine (170 PS and 350 Nm), which can be had with either a 6-speed manual or a 6-speed automatic transmission.

Toyota launched the facelifted version of the Fortuner last month in the Indian market, priced from Rs. 29.98 lakh to Rs. 37.58 lakh. The updated model features a few minor changes to the exterior and interior design, along with a lot of new features and a new ‘Legender’ variant. The 2.7-litre petrol engine (165 PS and 245 Nm) remains the same as the older model, but the 2.8-litre turbo-diesel powerplant is now more powerful, with 203 PS and 500 Nm (420 Nm on MT) on tap.

Renault Kiger is scheduled to launch in India on 15th February 2021, and is expected to be priced from Rs. 5.5 lakh to 9.5 lakh. The SUV will be available with two engine options – 1.0L naturally aspirated petrol mill (72 PS and 96 Nm) and a 1.0L turbo-petrol motor (100 PS and 160 Nm). The Kiger is undoubtedly one of the most handsome vehicles in its segment, and it’s expected to bring a major boost to Renault’s sales upon launch.