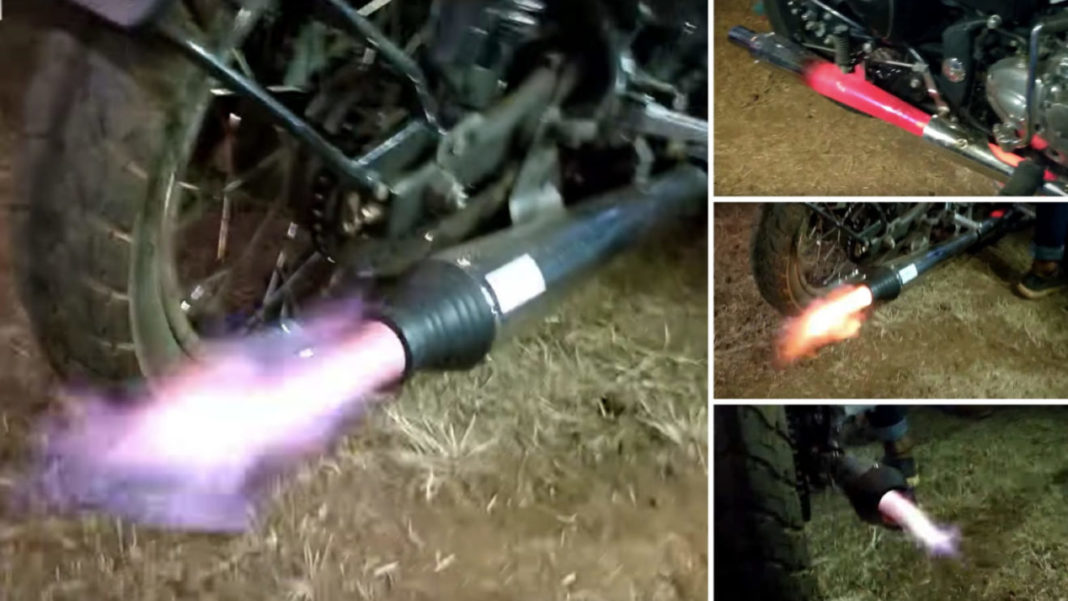 Most high-end supercars and superbikes are known to have the ability to throw flames; watch many Royal Enfield bikes doing the same

It should be noted that such exhaust fires can be hazardous. Fire coming out of the exhaust can melt a few things around including the tyre. In the past, many supercars and superbikes have been damaged due to exhaust flames.

Many enthusiasts get such aftermarket flame throwers installed in the vehicles that use a spark plug in the exhaust tip to create exhaust flames. Well, one should know that such aftermarket exhausts are highly unsafe and are also illegal.