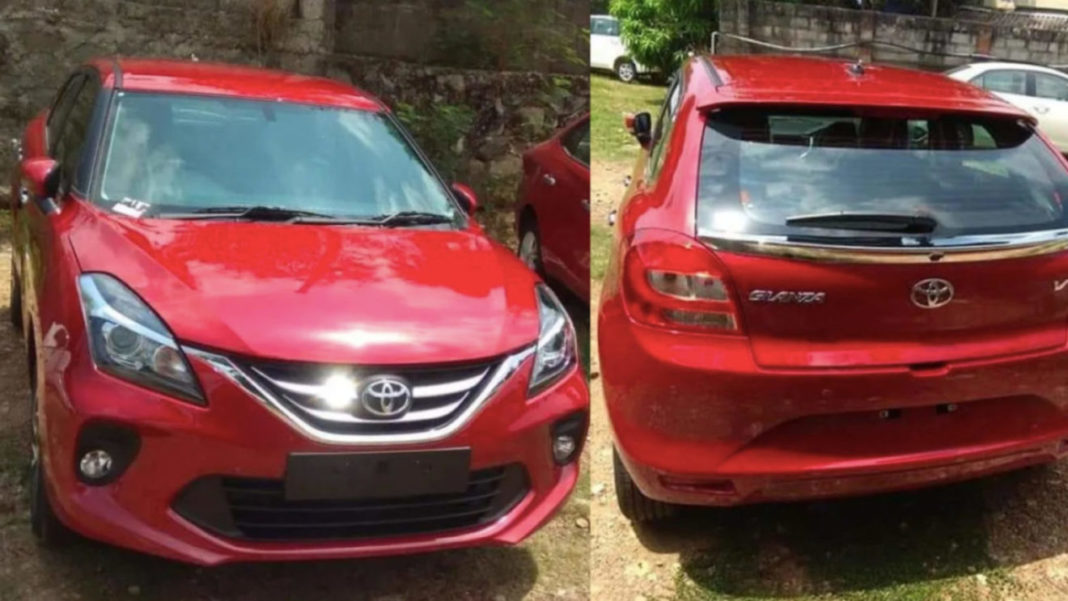 Toyota will soon launch the all-new Glanza, and the car has been spotted multiple times now. Here is the latest video of the vehicle being driven around

Toyota will launch the first product from the Toyota-Maruti Suzuki joint alliance in India in June this year. However, before that, the rebadged hatchback has been spotted multiple times in pictures in India. Here is the first-ever video of the upcoming Toyota Glanza that shows the forthcoming car being driven around in a basement parking.

A new image in the video also confirms the launch of the CVT automatic transmission variant of the vehicle. The new video shows the Toyota Glanza’s front, side and rear. The upcoming Glanza does not get any changes on the outside except for the newly designed grille and the Toyota logo that sits on top of it.

It even gets the same alloy wheels as the Maruti Suzuki Baleno, and also the interiors remain identical. Toyota has already started dispatching the cars to its dealership network across India.

Earlier, it was being speculated that the Toyota Glanza will get powered by the all-new 1.2-litre DualJet BS-VI engine that made its debut in the Baleno recently. However, the new CVT automatic transmission confirms that the car will be available only with the regular version of the 1.2-litre K12M VVT engine.

The CVT automatic transmission is only available with the 1.2-litre VVT engine of Maruti Suzuki Baleno and not the DualJet version, which confirms the engine of the upcoming hatchback too.

It returns a maximum fuel efficiency of 21.01 km/l with the 5-speed manual transmission and 19.56 km/l with the automatic CVT version in the Baleno, and the figures are expected to remain the same in the Glanza too.