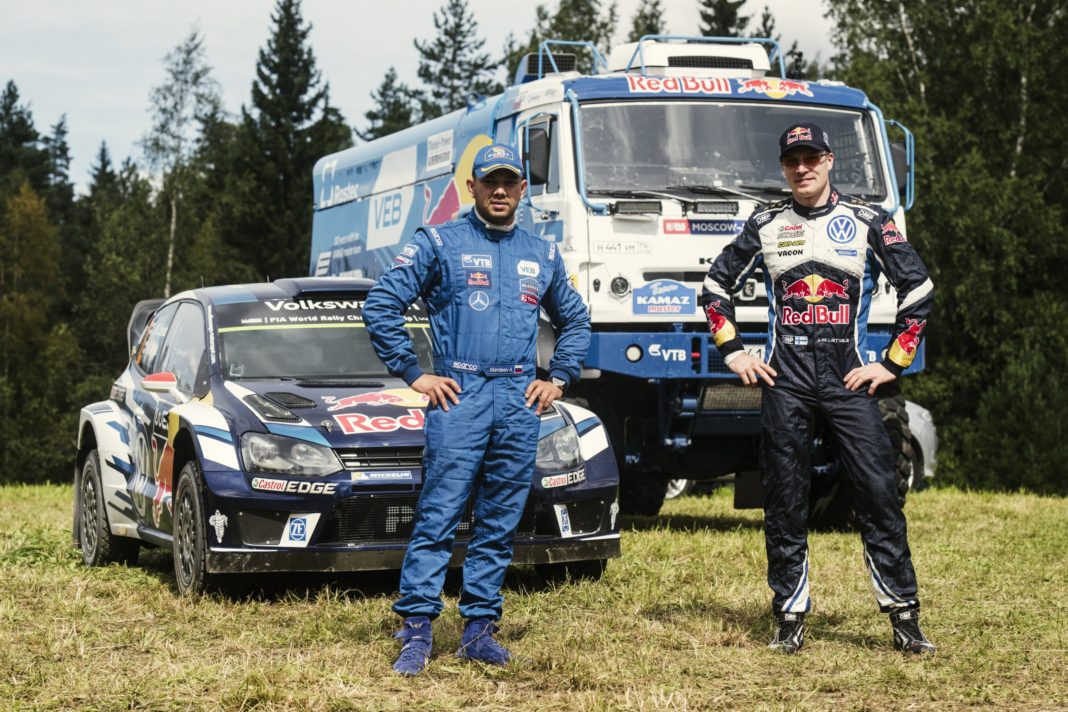 Remember the 1971 Steven Spielberg movie ‘Duel’? In that movie a psychopath truck driver was trying to kill a businessman on a deserted highway. The chase sequence was quite creepy no wonder. Even in real life too we find it a bit intimidating seeing a speeding large truck coming from behind on a highway. Red Bull seems to have made such a sequence in a sporty manner, and apparently, the concept came from the chase scene in ‘Duel’.

Red Bull has released a video, which shows a big Kamaz truck chasing a rally championship spec Volkswagen Polo R. The video was shot at Ouninpohja in Finland. The dirt track in the region is known to the World Rally Championship participants. Red Bull’s Volkswagen Polo R has become three times winner on the track.

Though the Volkswagen Polo R is well capable to outrun the truck, because of its smaller size and lighter weight. But during braking the truck is very much capable to smash into the car while on speed.

Talking about the experience Jari Matti Latvala was saying, how during acceleration the car can go quickly, and the truck needs time to keep pace. But under braking the scenario changes, and it becomes intimidating for the car driver.