Skoda Auto India recently unveiled the Slavia midsize to replace the Rapid in the domestic market and its deliveries will begin in the first quarter of the next calendar year. The pre-bookings have commenced for the five-seater and it will go up against Honda City, Hyundai Verna and Maruti Suzuki Ciaz in the midsize sedan space as a premium offering.

The Slavia is based on the MQB A0 IN platform that underpins the Skoda Kushaq and VW Taigun. The heavily localised architecture will also be utilised in the upcoming VW midsize sedan that will have plenty in common with the Skoda Slavia, in a similar fashion to the identicality between the Kushaq and Taigun under the India 2.0 project.

The forthcoming Volkswagen sedan will act as a replacement to the long-serving Vento and it could be called the Virtus as it has several commonalities with the global sedan. The latest spy shots show the sedan wearing 16-inch diamond-cut wheels – a slightly different style compared to the Taigun while the entire body is covered in heavy camouflage. 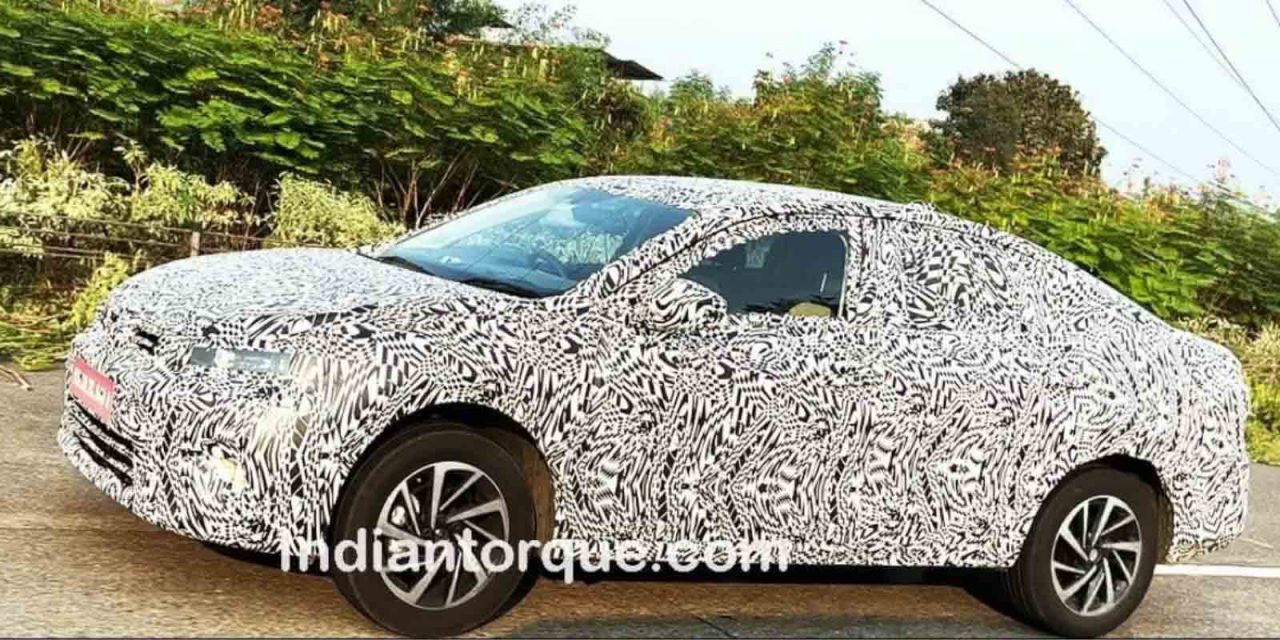 The Volkswagen sedan will have its design heavily influenced by the global VW models with a sharp yet clean appearance complemented by chrome touches and it will likely share some body panels with the Taigun to keep the production costs down. On the inside, the VW sedan and Skoda Slavia will have several commonalities as well.