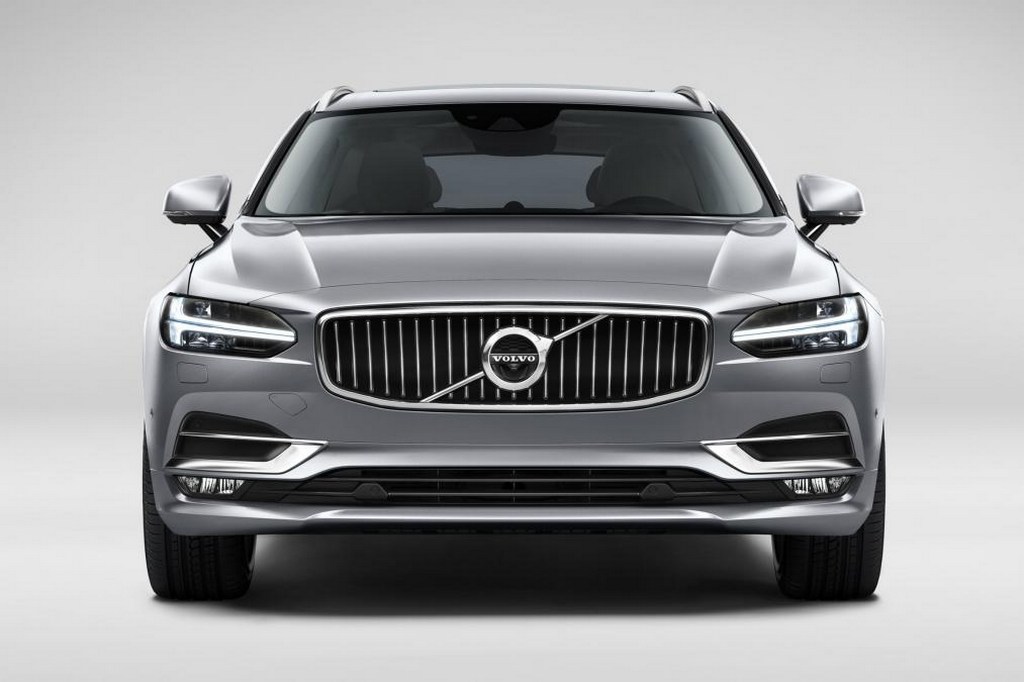 Volvo has big plans set for this year with the introduction of two top-of-the-range models, the S90 sedan and the V90 estate wagon. With the S90 already launched, the official images of the Volvo V90 has been leaked online by a Swedish website ahead of its reveal on February 18th in Stockholm and before the world premiere at the 2016 Geneva Motor Show in March.

The Swedish luxury auto maker gave us a glimpse of how the premium mid-size will look like with a scale model earlier and it holds true with the leaked pictures. Built on the SPA platform that underpins the range-topping XC90 SUV, a similar powertrain lineup and part sharing are expected to be featured in the V90. It traces back its roots back to the 2014 Geneva Motor Show when Volvo showcased the awe-inspiring shooting brake body-styled Concept Estate. The waterfall type L-shaped tail lamps and the Thor’s Hammer Daytime Running Lights are influenced by the design of that concept.

The set of leaked images reveal that it follows the footsteps of the modern Volvos in terms of body structure with shoulder lines swooping to the rear and elongated centre grille making it less boxy than the V70 it succeeds. It will be powered by a range of turbo quad-cylinder petrol and diesel engines from the Drive-E family and a six-cylinder motor scheduled for a later time. Stepping inside the cabin, the Volvo V90 will have interiors identical to the S90 and XC90 range-toppers with generous amount of load area and bootspace. Moreover, it could give birth to a Cross Country model in the future. Audi had the RS7 Sportback launched for Rs. 1.4 crore (ex-showroom) last year and immediately in the space of less than a month the RS6 Avant came into light for Rs. 1.35 crore (ex-showroom). The A6 Allroad Quattro showcased at the Auto Expo 2016 follows closely the lines of A6 Avant with significant characteristics like raised ground clearance and the standard Quattro full time all-wheel drive system which particularly suit the Indian road conditions. Hence, the chances of Volvo V90 arriving at the Indian scenes are highly likely as CBU imports. The Swedish estate goes up against next-gen Audi A6 Avant, Jaguar XF Sportbrake, Mercedes E-Class Estate and BMW 5 Series Touring in the international market.