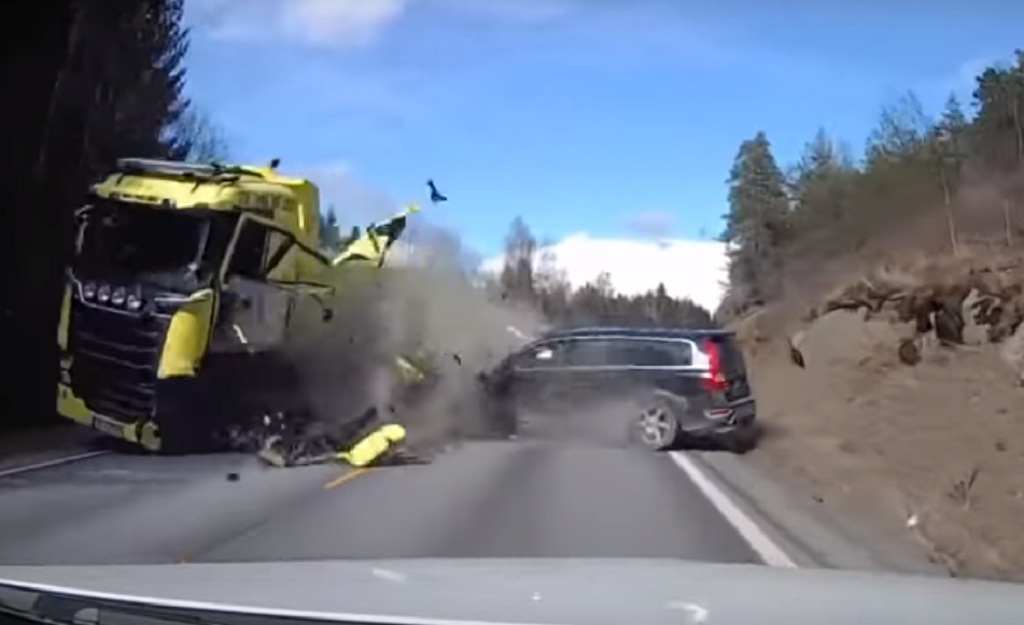 Each successful automaker has been well-known for something spectacular, something unique, and something that defines them and makes them stand above the rest. Through its history, Volvo has become a renowned manufacturer for its safety standards and innovations and in the modern era, it has kept the same reputation intact.

A horrific road accident happened in Sarpsborg, Norway back in April 2018 further reiterates the brimmed safety consciousness of Volvo vehicles. The Volvo XC70 SUV was driving along the road before the driver making an error of judgment that nearly killed him. His license was suspended for three months as it was his blatant fault.

The entire crash was recorded on a dashboard camera of the vehicle that was behind the Volvo, who braked abruptly to not hit the wrecked machine. The black Volvo XC70 was coasting along on the two lane that appeared to be a busy one.

The Volvo driver just swerved a bit on his left but it was not in a hope to overtake the car ahead as it was further away. Perhaps he was distracted by something inside his large SUV and the moment he entered the wrong lane disaster struck as the approaching semi trailer did not see him coming.

The loaded Scania truck could not react at the right moment as everything happened in a blur and met the Volvo head-on at high speed. Courtesy of the safety technologies from Volvo, the XC70’s body did manage to absorb impact and the driver immediately put his arm out for help after the massive collision.

He was unscathed in the accident that did damage considerable amount of the heavy Scania semi’s front and side portions. The Volvo XC70’s five-star safety rating did come in handy despite being thrown on the other side following the huge shunt. The front end of the SUV was completely damaged amidst the body shell not collapsing.