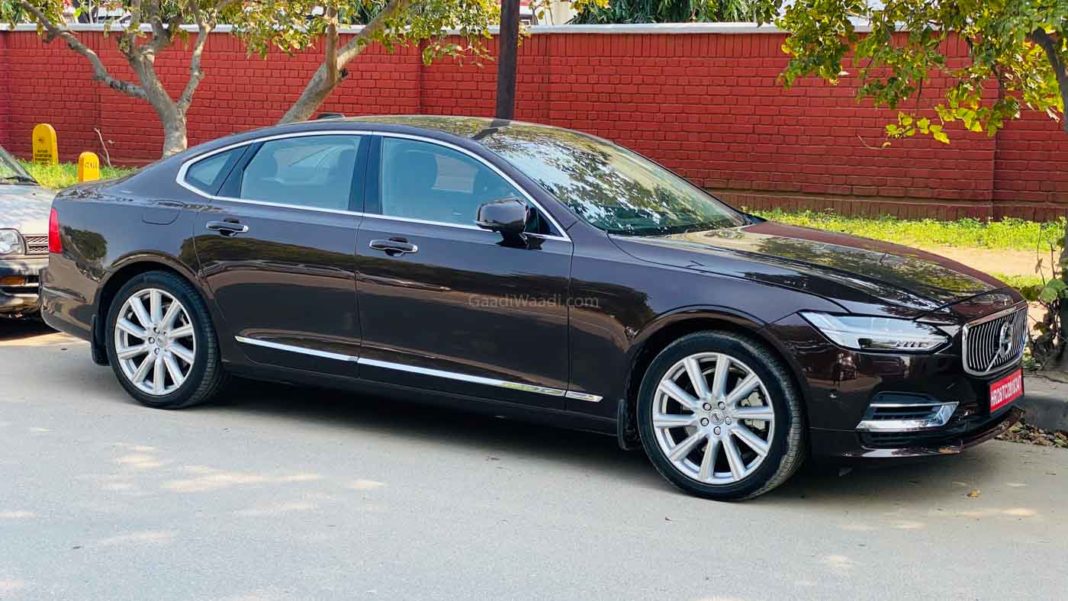 Volvo Cars’ India division gave the S90 T8 plug-in hybrid to Klas Molin, Swedish Ambassador to India, in November 2019 and the brand said it was a reflection of its Sustainability Vision of having one million electrified vehicles on roads by the middle of this decade globally. The company even expressed its intentions to go carbon neutral by 2040 previously.

While the regular S90 flagship luxury sedan is on sale in the domestic market, the hybrid version is yet to make its debut and it has been spied testing as the images we posted here reveal. As you can see from the badge on the rear, it is the T8 plug-in hybrid variant with an all-wheel-drive system. Internationally, the Volvo S90 hybrid develops 406 PS maximum power and 640 Nm of peak torque.

The 2.0-litre four-cylinder turbo inline petrol engine has been supercharged in the T8 hybrid and the electric motor adds up 88 PS. It is claimed capable of accelerating from zero to 100 kmph in just 4.8 seconds and the electric-only range stands at 34 km in the EPA cycle. The standard S90 competes against Audi A6, Mercedes-Benz E-Class and BMW 5-Series. 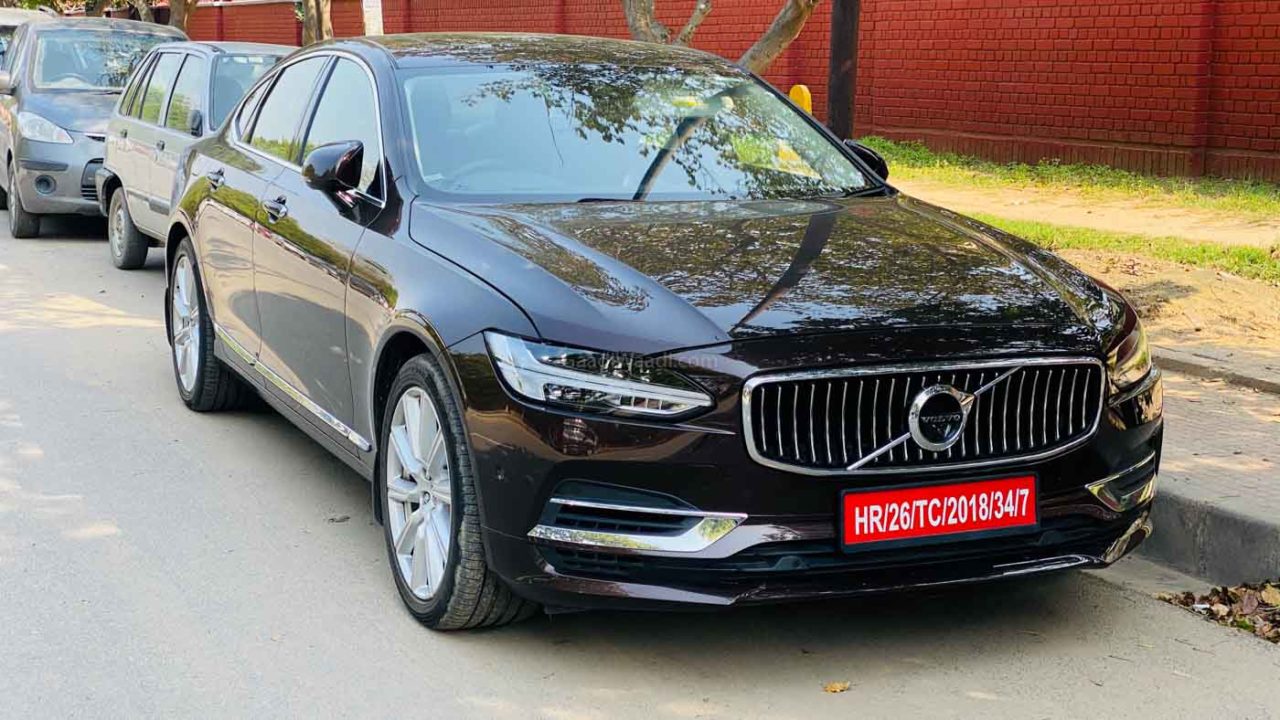 The front wheels are driven by the petrol engine through an eight-speed automatic transmission and the electric motor system, fed by Lithium-ion battery pack, drives the rear axle making the S90 T8 an all-wheel-drive sedan. A second motor is integral with the transaxle as well. An on-board charger is used to keep the battery charged when needed but we it might impact the fuel economy.

The Volvo S90 T8 plug-in hybrid won’t have any direct rival upon its arrival in India and it could be launched during the course of this year. In a typical fashion to the hybrids, it gets different driving modes such as Pure, Hybrid and Power. In the Pure mode, the luxury sedan can travel up to 34 km at speeds of up to 126 kmph. 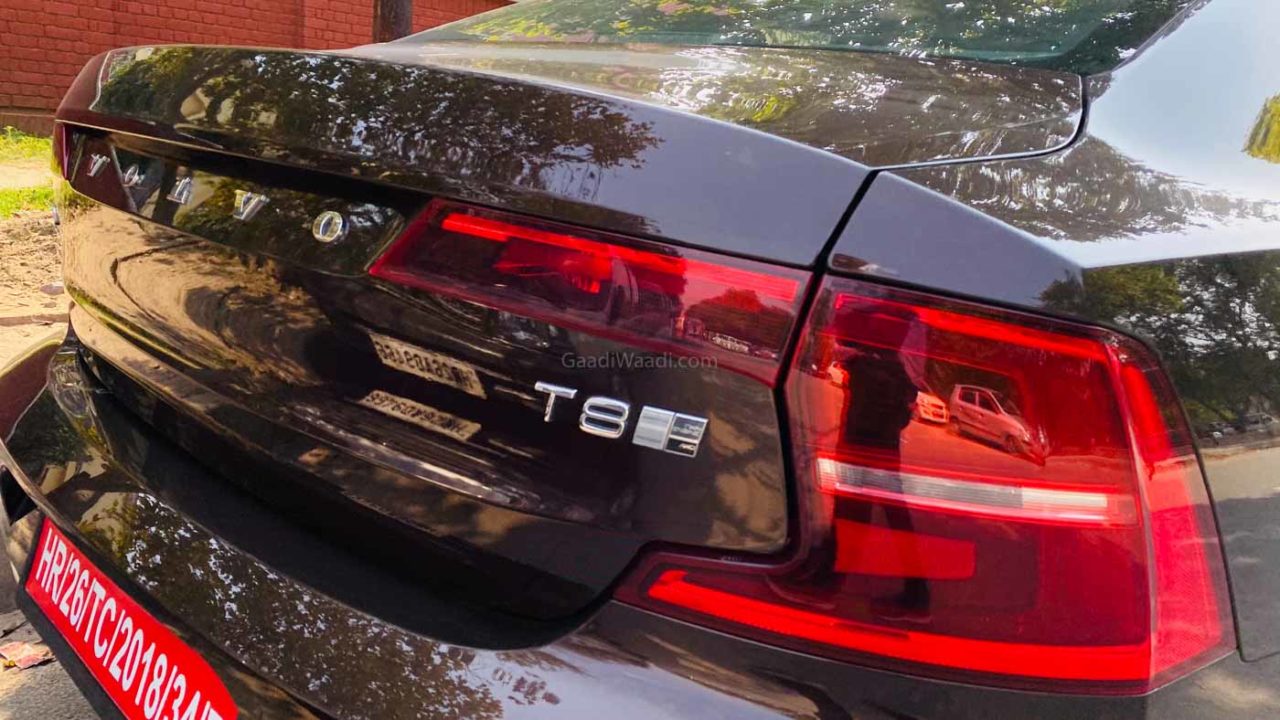 In the Power mode, the hybrid system will concentrate on extracting maximum performance. Other options include a Charge mode that runs the engine to recharge the battery pack and it can also be charged from electrical outlet when stopped. The Hold setting reserves battery’s charge to save some amount of energy for all-electric drive on a later stage.