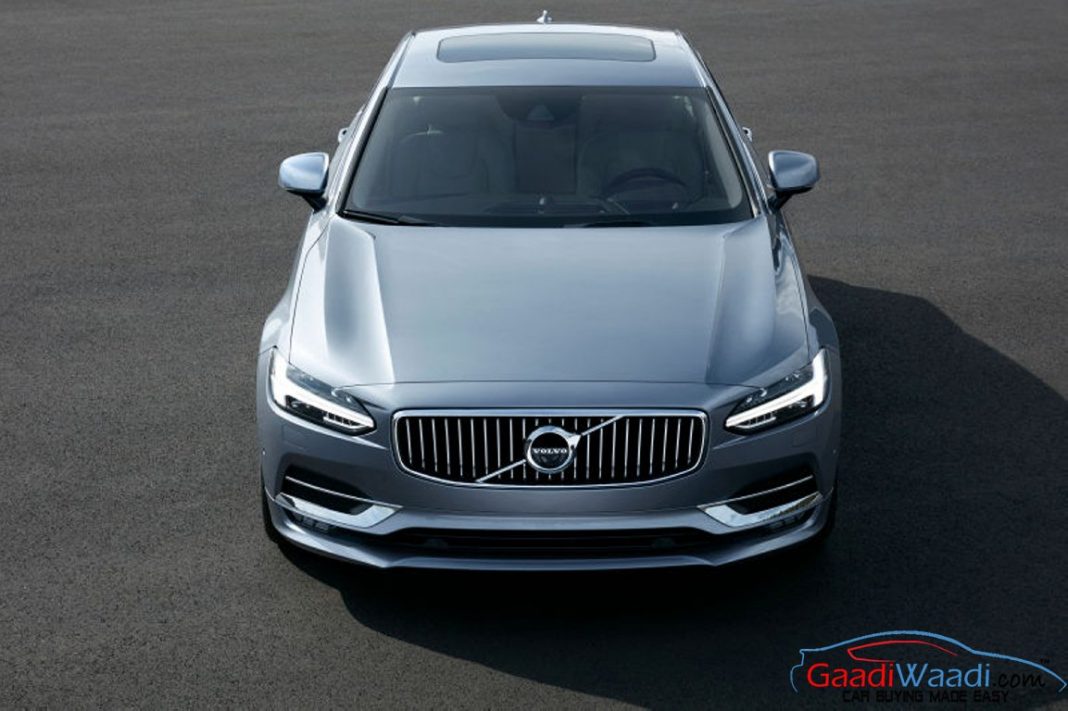 Volvo S90 is replacement for the S80 and will compete with 5-Series, E-Class and Audi A6

Volvo is all set to take its German rivals head on. After being almost neglected worldwide and not being compared to the German Trio it is time and the company has the right buzz around to take the competition head on.

Volvo still has its own set of customer and now that portfolio will surely enlarge with the stunning new XC 90 and today we have the S90 in front of us.

S90 is a stunning looking car it has cues from other cars in the segment such as the coupe window line and side profile matches it competition such as the BMW 5-series. The rear is a bit controversial as of now and tail-light in particular are being criticized. Front is typical Volvo with a large grille and it’s the company emblem on it which is 100% traditional. Thor hammer headlamps make it to the S90 which lift the car presence. Inside quality and finish levels are absolutely sublime all the way. The interior take inspiration from the XC 90 and gets all new infotainment system large touch screen. Expect best in class sound system from the Swedish brand. Since it’s a Volvo expect a safe car which will should out class the competition when it comes to technology. The Volvo S90 T8 Twin engine is powered by a plug-in hybrid that will offer 394hp from a four-cylinder turbocharged and supercharged 318hp 2-litre petrol engine. The electric motor will provide 80 BHP more. A 46hp crankshaft-mounted starter generator will also provide power to the wheels. All of these engine and electric motors are paired with a eight-speed automatic gearbox. Power will go to all four wheels via all wheel drive system. Expect India launch exactly after one year in India