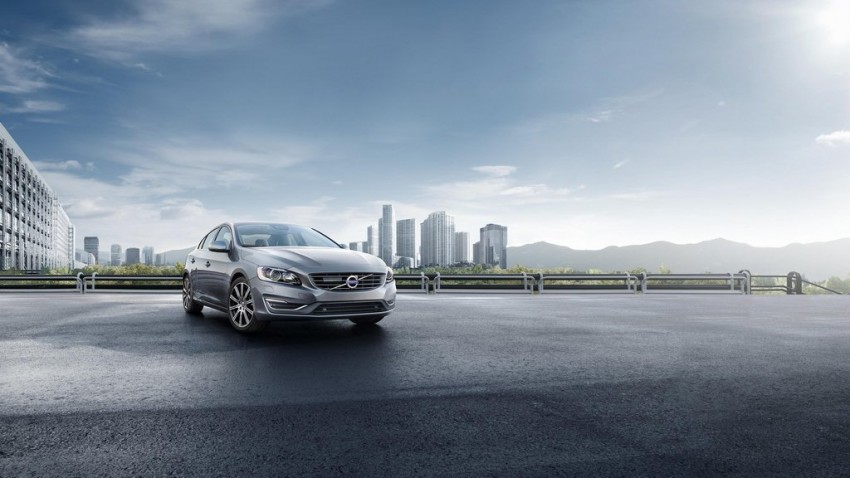 Volvo is all set to get very aggressive with their portfolio expansion plans. Volvo just launched the S60 T6 at a sensible price of Rs 42 lakh (ex-showroom, Delhi). The Volvo S60 T6 already is available in India, but that is variable in diesel. The Volvo S60 T6 is the more powerful and sportier petrol version of the normal Volvo S60 T6 available. The Volvo S60 T6 rivals the BMW 3-series and the Mercedes C-class and Audi A4. The S60 T6 did exist in India in the year 2011. The Volvo S60 T6 was discontinued due to poor sales. The S60 T6 is back to the Indian market. What’s the best part? The Volvo S60 T6 comes with a straight-six engine that developed 304bhp and 440 Nm of torque, just like the diesel engine. The Volvo S60 T6 gets a 2.0-litre four-cylinder turbocharged and supercharged direct-injection motor that now produces 304bhp, but makes slightly less torque at 400 Nm, 40 Nm less than before. Also Read: 2016 Audi A4 Unveiled Globally, Radical Inside Out!

The S60 T6 is a front-wheel drive, not a rear wheel drive car which means the fun quotient for enthusiast is slightly less, only when driving in the twisites. The transmission duties on the Volvo S60 T6 is done by an eight-speed automatic gearbox with paddle shifters slapped to the steering wheel. The S60 T6 is the range-topper in the Volvo S60 line-up. The fully-loaded trim has features on the T6 are the same that are available on the Inscription trim seen on the diesel model. Since its a Volvo car, the S60 T6 gets an endless amount of passive and active safety features to make journey unconsciously safe. Expect the car to be a fun to drive one with a lot of features and safety. Since its a saloon with four doors its a practical, striking car for everyone.