Only a few weeks ago, Skoda Auto India unveiled the Slavia midsize sedan for the domestic market and it will go on sale around March 2022 to rival Honda City, Hyundai Verna and Maruti Suzuki Ciaz. The Slavia acts as a replacement to the long-serving Rapid nameplate and in a similar fashion, the upcoming VW Virtus will stand in place of the PQ25 platform based Vento.

The Virtus has already been spotted testing a number of times on public roads and just as the similarities between VW Taigun and Skoda Kushaq, the five-seater will have several commonalities with the Skoda Slavia. It will be underpinned by the heavily localised MQB A0 IN platform developed under the India 2.0 project and it will more premium than the outgoing Vento.

The Virtus is available in many developing markets since 2018 and the facelifted version will have its global premiere hosted this March. It will indeed be the Virtus bound for India and it will reach local showrooms by the third week of May 2022. It will be launched in India first before reaching South America and will boast a host of changes inside and out. 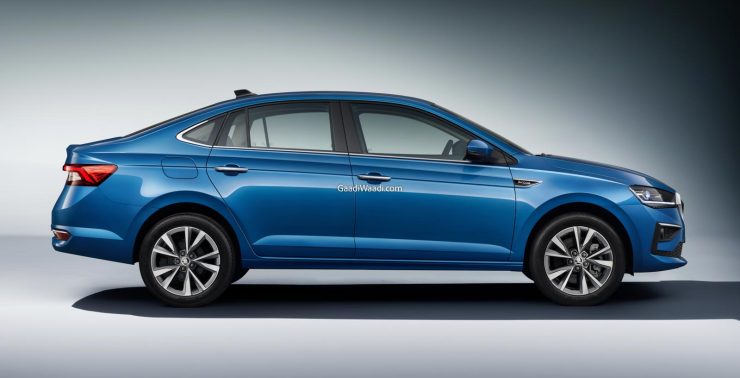 The 2022 Volkswagen Virtus facelift comes with the redesigned front grille, new headlamps, tail lamps, bumpers at the front and rear, fog lamps, alloy wheels, etc and the interior will comprise a slew of revisions including a new infotainment system and added features. Compared to the Vento, the upcoming sedan will have larger proportions enabling a roomier cabin.

The equipment list is expected to come with an all-digital instrument cluster, a 10.1-inch touchscreen infotainment system with wireless Apple CarPlay and Android Auto, etc.