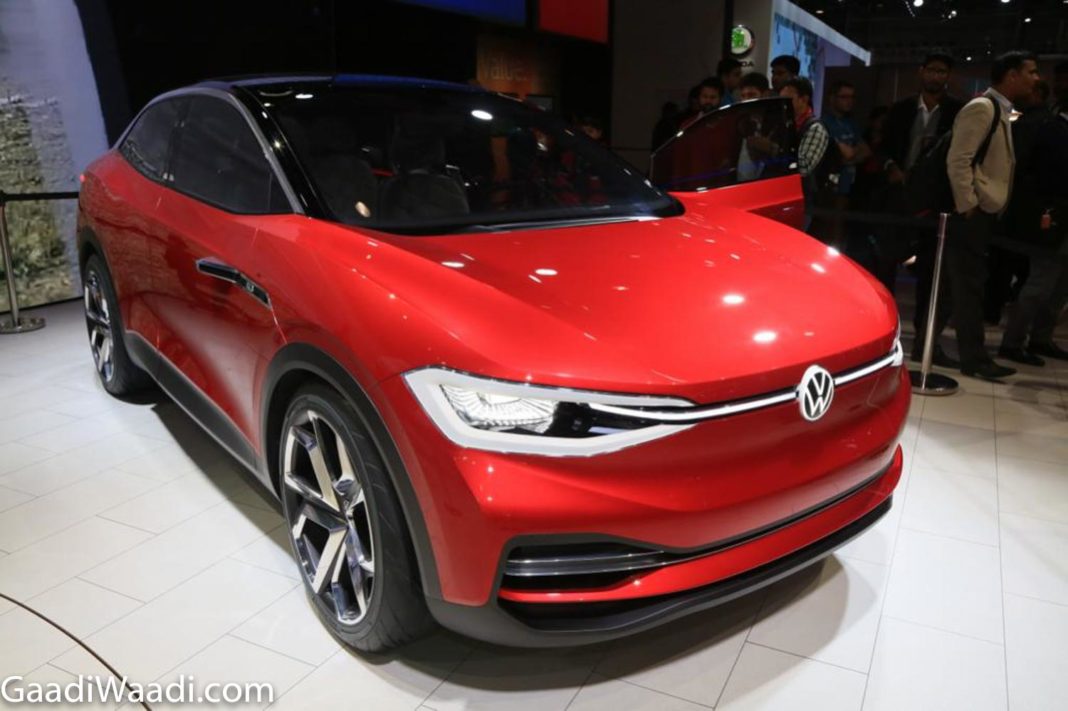 The I.D. Crozz is a part of the German manufacturers ID. series of fully-electric concept vehicles, built on the brand’s (MEB) platform

Volkswagen has showcased a fully-electric coupe SUV concept at the 2020 Auto Expo, dubbed the ID. Crozz, the production ready version of which will make its debut later this year. The car is based on VW’s MEB platform, and the German automaking giant had earlier confirmed that the production-ready version of this concept will be brought to the Indian market soon.

VW has officially showcased the ID. Crozz at the ongoing 2020 Auto Expo, and the concept car shares a lot of design cues with the manufacturer’s first electric vehicle, and currently the only car to be offered under the ID. series, the ID. 3. Up front, the car sports LED headlamps which adjoin at the center, right where the illuminating Volkswagen emblem is placed.

Being a coupe SUV, the car gets a high stance, but a sloping roofline. The ID. Crozz has been displayed covered in a red paint scheme, while its roof gets a contrasting black treatment. The car gets connected lamps, along with an illuminated logo at the rear as well. The rear sliding doors of the concept car will be replaced with conventional doors when Volkswagen showcased the production-ready version of the car. 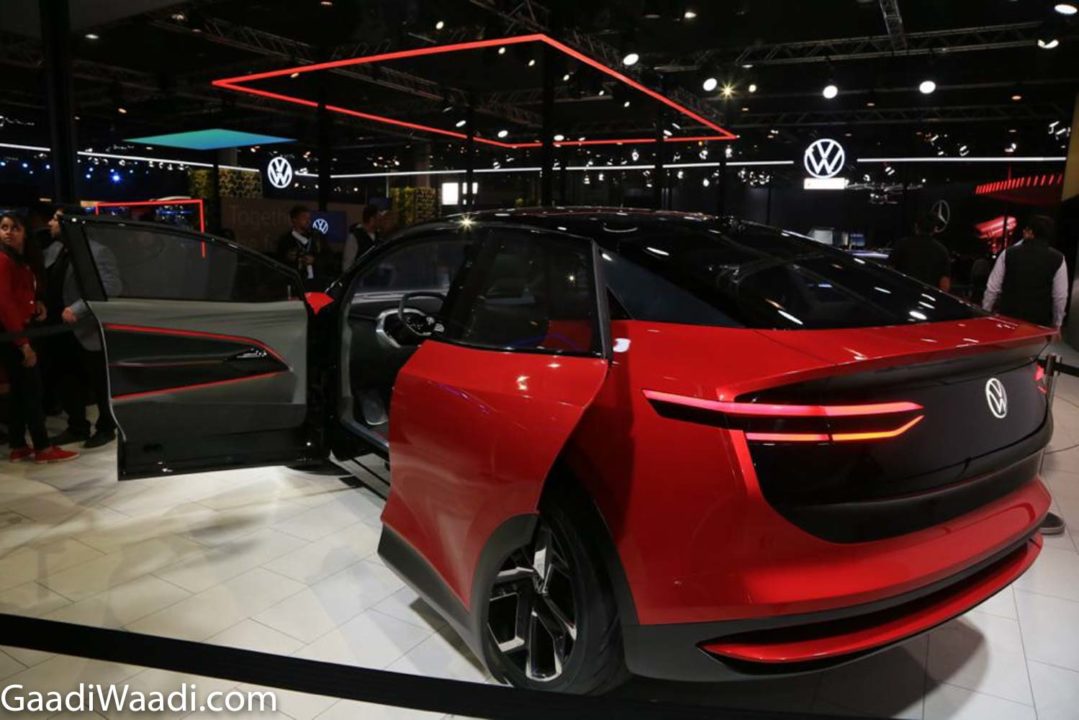 In terms of length, the ID. Crozz measures up to the size of the seven-seat VW Tiguan AllSPace. However, the concept car has been equipped with only four seats, in order to make the cabin spacious. In terms of features, the car gets a 10.2-inch infotainment system, an electronic rear-view mirror (e-Mirror), an AR Head-up Display
(AR for augmented reality) Augmented reality, heads-up display, along with a gesture controlled virtual shade for the illuminated panoramic roof.

The ID. Crozz comes packed with an 83 kWh lithium-ion battery, which is paired with two electric motors placed on both the front and rear axles. The motor at the front puts out 102 hp power and 140 Nm, while the one at the rear is good for 204 hp/310 Nm. All put together, the car will generate 306 hp of maximum power, and 450 Nm of peak torque. Volkswagen claims that the ID. Crozz will have a range of over 500 km, while the speed will be restricted to 180 km/h. 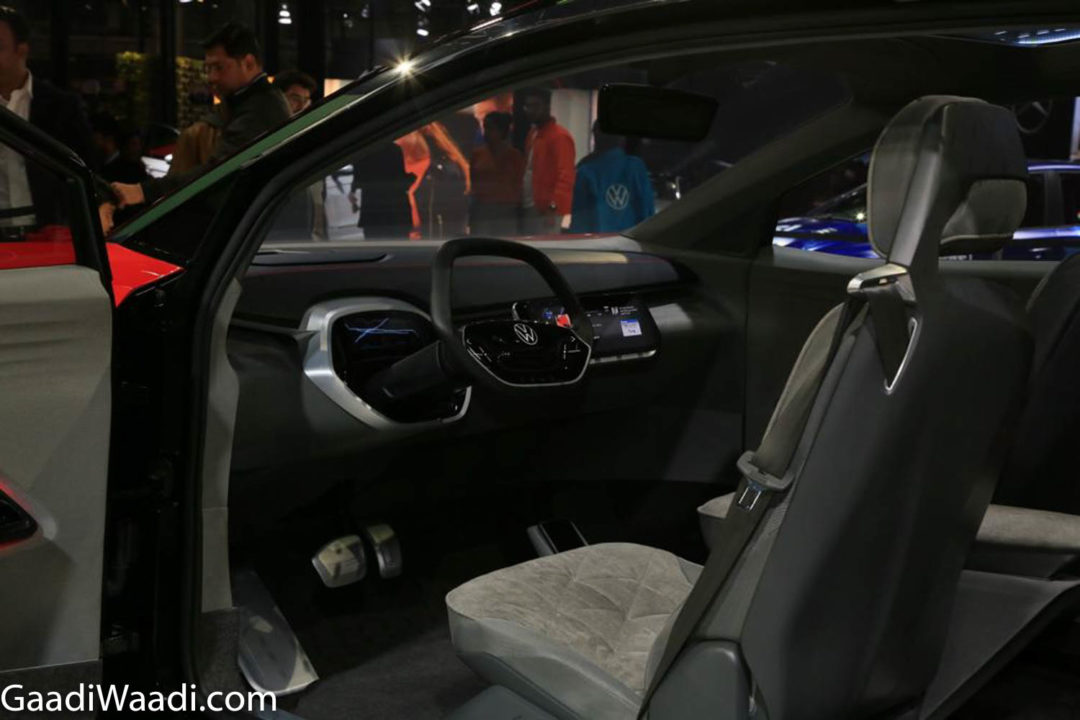