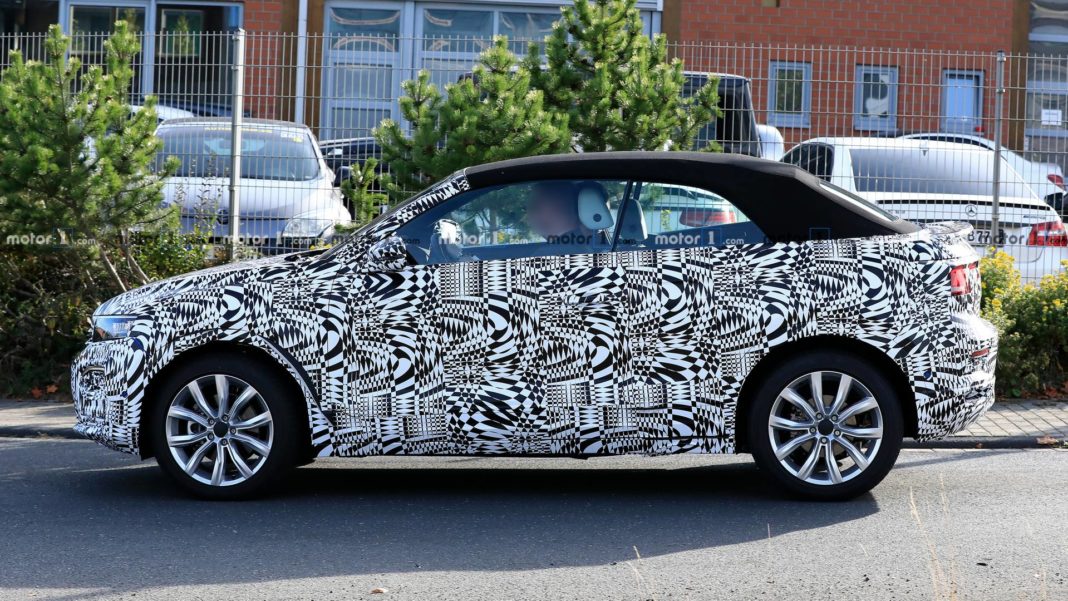 Expect the convertible variant of the VW T-Roc to join the lineup in the year 2020 and will share the same platform, drivetrains and many other interior pieces of equipment with its hardtop variant

We knew that Volkswagen was plotting to introduce a convertible variant of the T-Roc SUV but what we didn’t know that they will be introducing the SUV so early. Recently the T-Roc convertible prototype with a soft rooftop was spotted while it was being tested.

The prototype from what it looked like carried the almost production ready body under the thick layer of camouflage and to be quite honest the soft top Crossover does not look that bad either with all the changes. For all your information the hardtop variant of the VW T-Roc is already on sale in the International markets and you can expect this Convertible variant to join the lineup towards the year 2020.

The T-Roc Cabrio variant which you are seeing in these recent spy shots gets few design changes which unfortunately is not visible because of the thick layer of camouflage. However, the most noticeable change is that it will get two doors instead of four now.

To fit the two doors for easy access and the soft top at the rear of the compact Crossover VW definitely has made some serious changes to the rear profile. 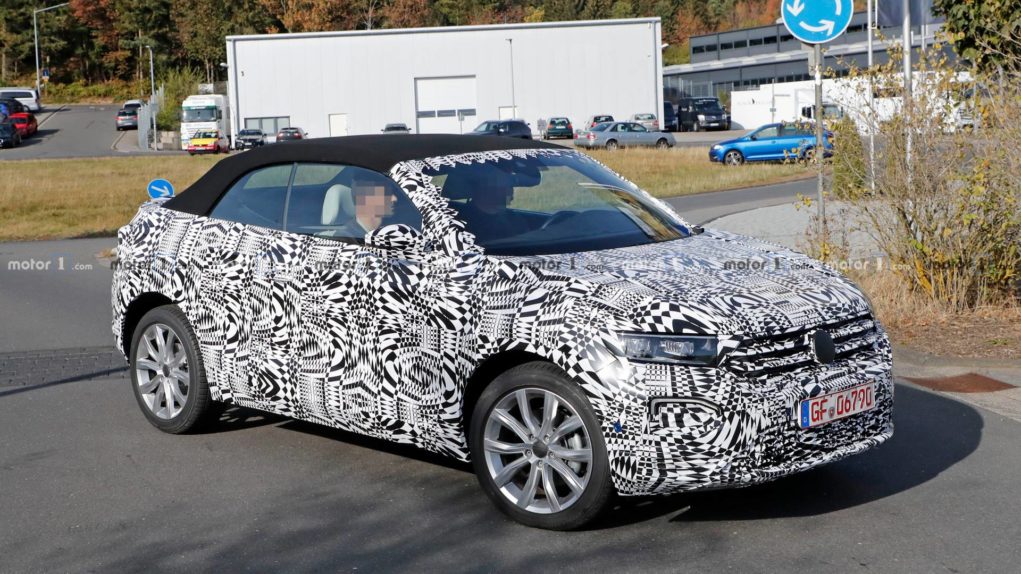 However, there won’t be any major changes made to the front profile of the compact Crossover and thus it will retain the identical looking T-Roc face and its sleek looking headlamp unit.

The sculpted bumpers with an air intake positioned towards the middle and LED daytime running lamps will also be retained from the hardtop variant. Lastly, the overall silhouette of the vehicle will remain identical to the standard T-Roc SUV.

Besides these early spy shot images, there are no technical details available about the upcoming convertible compact Crossover at this moment. However, expect the SUV to be powered by either a 1.0 Liter inline three-cylinder or a 1.5 Liter, four-cylinder unit producing a maximum power in between 113 Hp to 147 Hp respectively.

Both the engines will be available with a front wheel drive option only. If VW decides to add an all-wheel-drive variant to the lineup then it will mostly be powered by a slightly more powerful 2.0-Liter TSI four-cylinder mill good enough for producing 187 Hp of peak power or a 2.0 Liter TDI diesel unit.