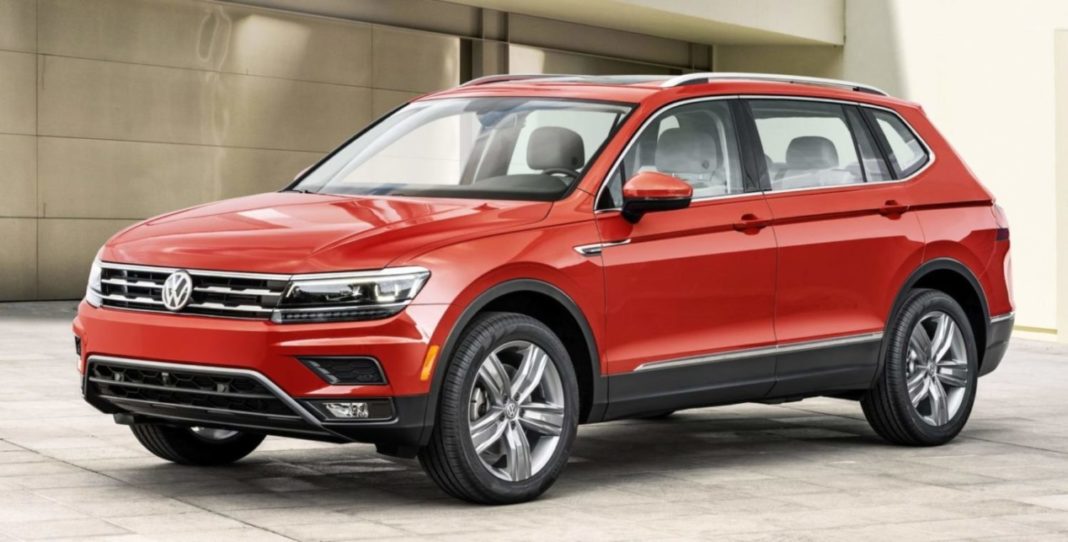 Volkswagen has officially sent out invites for the new Tiguan AllSpace’s launch, which is set to take place on 6th March

Until now, Volkswagen retails the Tiguan as a five-seat SUV only. However, almost all of its competitors offer a seven-seat layout at a similar price point, which has enabled the German carmaker to bring the long-wheelbase version of the SUV called Tiguan AllSpace to the Indian market which will be initially launched as 5 seater and likely to get 3rd row later this year.

Volkswagen officially revealed the Tiguan AllSpace in India at the 2020 Auto Expo earlier this month. Now, the automaker has sent out invites for the car’s official launch, which is set to take place on 6th of March. Upon launch, the Tiguan AllSpace will replace the regular five-seat Tiguan in Volkswagen’s Indian line-up.

Apart from the projector headlamps and the 17-inch dual-tone alloys, only the size sets the AllSpace apart from the five-seat Tiguan. The former is 215 mm longer and 2 mm taller over the latter. The Tiguan’s 2677 mm wheelbase has also been increased, by 110 mm, while the width of the car has been retained. 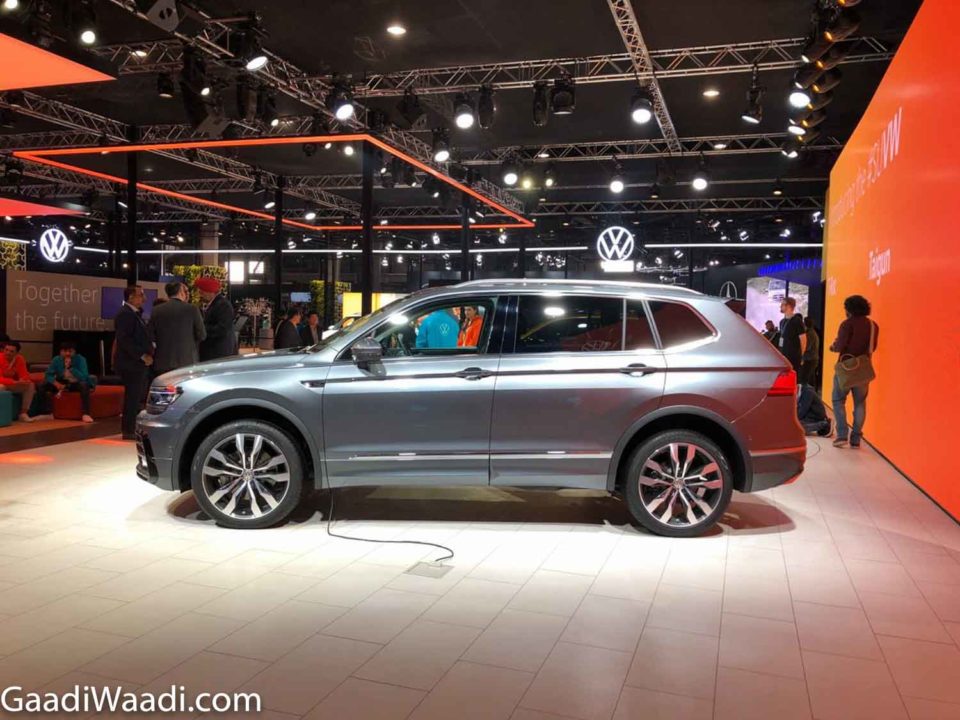 The Tiguan is currently offered with a 143 PS, 2.0-litre four-cylinder TDI diesel engine. However, the upcoming Tiguan AllSpace will get a BS6-compliant 2.0-litre TSI turbocharged petrol engine, which puts out 190 PS of max power and 320 Nm peak torque. The transmission duties will continue to be taken care of by a 7-speed DSG. Since the Tiguan AllSpace will only be offered in a single fully-loaded variant, it gets VW’s 4Motion all-wheel-drive system as standard.

In terms of features, VW will equip the Tiguan AllSpace with a panoramic sunroof, dual-zone climate control, cruise control, powered front seats, and a bigger touchscreen infotainment system as compared to the outgoing Tiguan, which will come loaded with connected car tech. 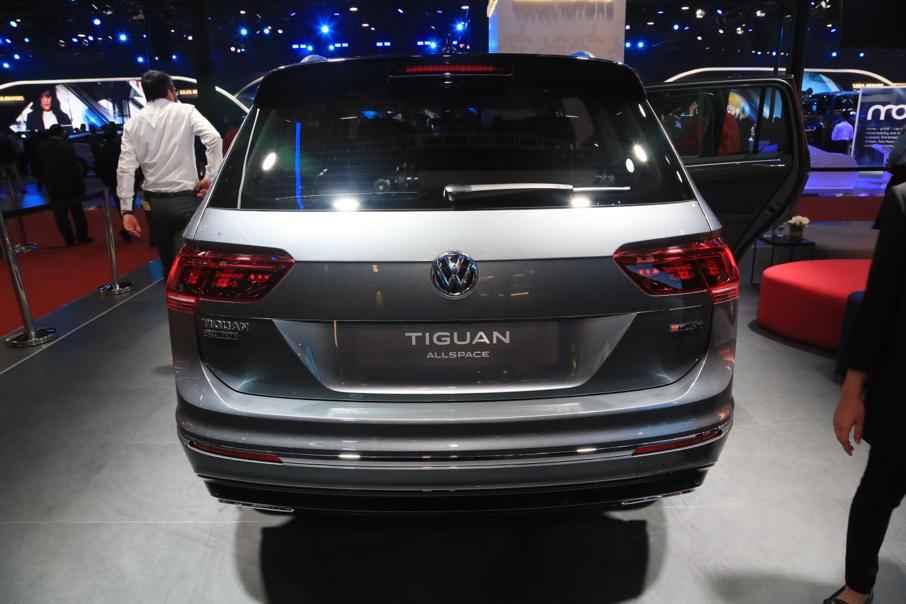 Upon launch, the Tiguan AllSpace will put up against the likes of other premium SUVs on offer in the Indian market including Skoda Kodiaq, Toyota Fortuner, Ford Endeavour and Honda CR-V. While Volkswagen currently retails the regular Tiguan in the price range of Rs 28.07 lakh to 31.46 lakh (ex-showroom), the seven-seat Tiguan AllSpace will be priced around the Rs 30 lakh to 33 lakh mark.