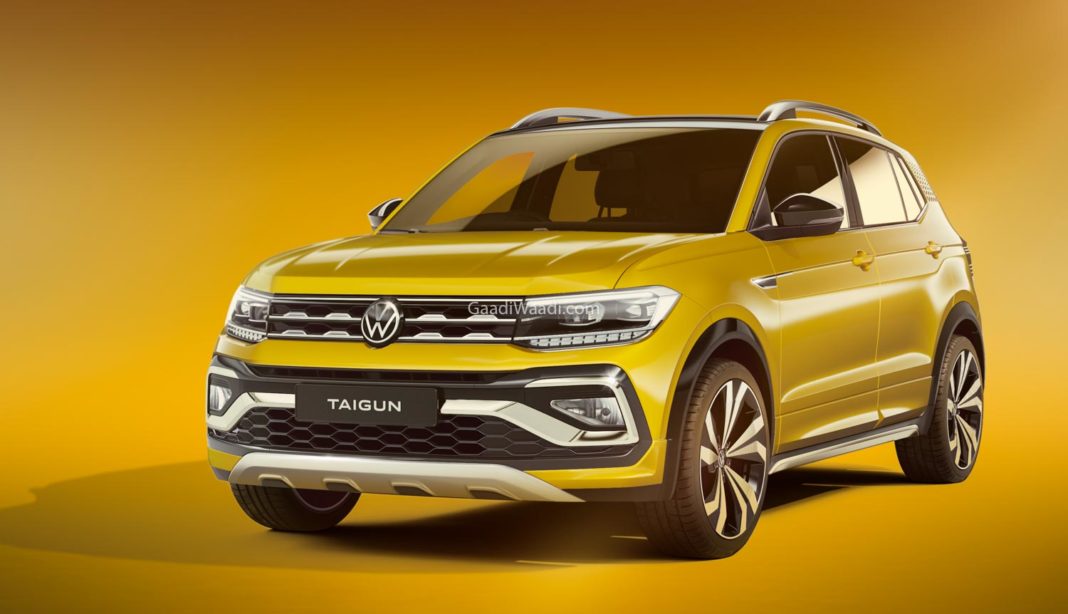 Revealed alongside the Skoda Vision IN concept, the new VW Taigun is a near-production model that is based on the highly anticipated MQB A0 IN platform

Skoda Auto Volkswagen India Pvt Ltd unveiled two models at a high voltage event in New Delhi recently. Dubbed VW Taigun, the new model is a close relative of the Skoda Vision IN concept that was also showcased at the group night. However, compared to the concept model from Skoda, the new VW SUV is a near-production model that will launch later this year.

Underpinning the VW Taigun is the brand new MQB A0 IN platform, which is nothing but an Indian-ised version of the highly successful MQB architecture. The new India-spec model will even spawn multiple versions. Details are scarce at the moment but the new model does preview what the production version would look like. From the looks of it, the designers of the new SUV have looked up to the Tiguan for visual inspiration.

Also, it may be noted that the manufacturer sells a SUV with the same name in the Brazilian market. While it was earlier rumoured that the Brazil-spec SUV would even make it to the Indian market, the model that has just been unveiled doesn’t share much with the South American model, except, perhaps, the brand name.

The Indian version has been developed from scratch and is powered by a turbocharged petrol engine that displaces 1.0-litre and produces a maximum power of 115 hp. Peak torque is rated at 200 Nm, while the transmission options include a 6-speed manual and a 7-speed DSG.

Volkswagen India has decided to stay away from diesel variants, a CNG version could make it to the market to attract those looking for ultra-low running costs. The styling highlights of the new model include LED fixtures for both headlamps and taillamps, 16-inch alloy wheels and chrome adornment on the front bumper. 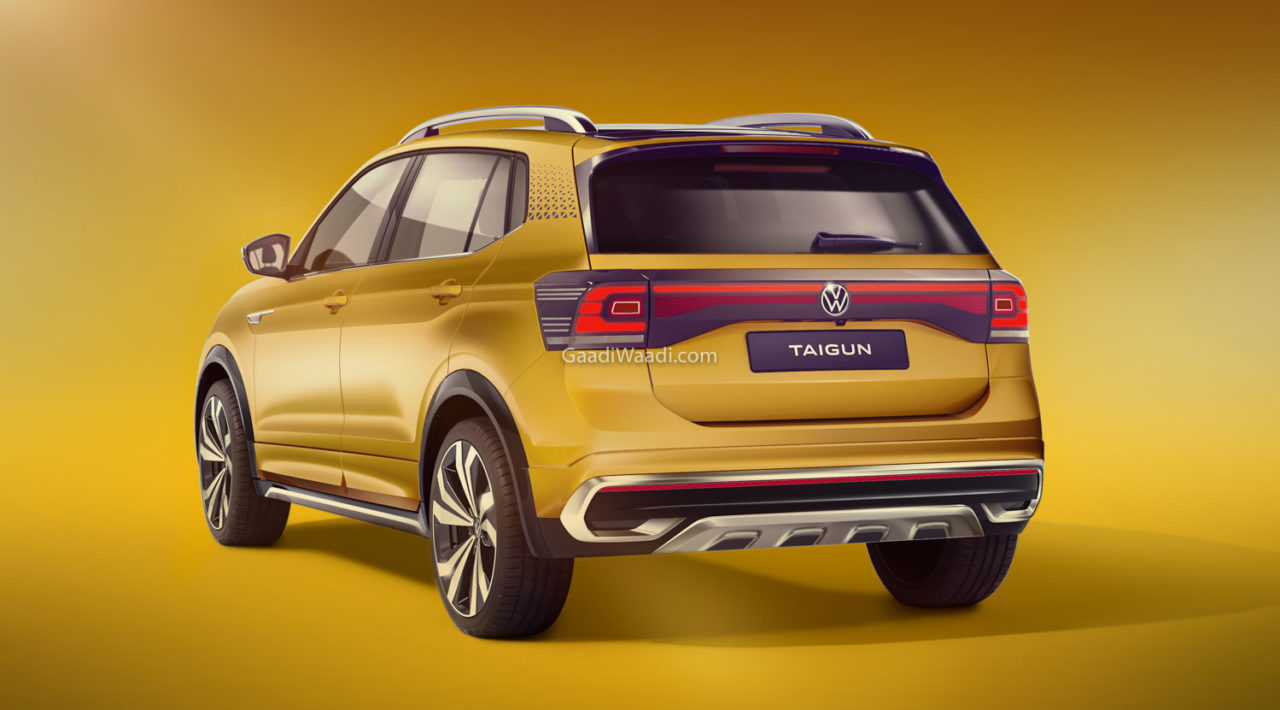 On the inside, the VW Taigun will have an upmarket ambiance with several high-end features. The equipment list of the show car includes a 9.2-inch touchscreen infotainment unit and a 10.25-inch all-digital instrument console.

Details of the pricing aren’t available at the moment but our guess is that the new model would cost roughly Rs 11 lakh for the base model, which will put it in crosshairs with the Hyundai Creta and the Kia Seltos. 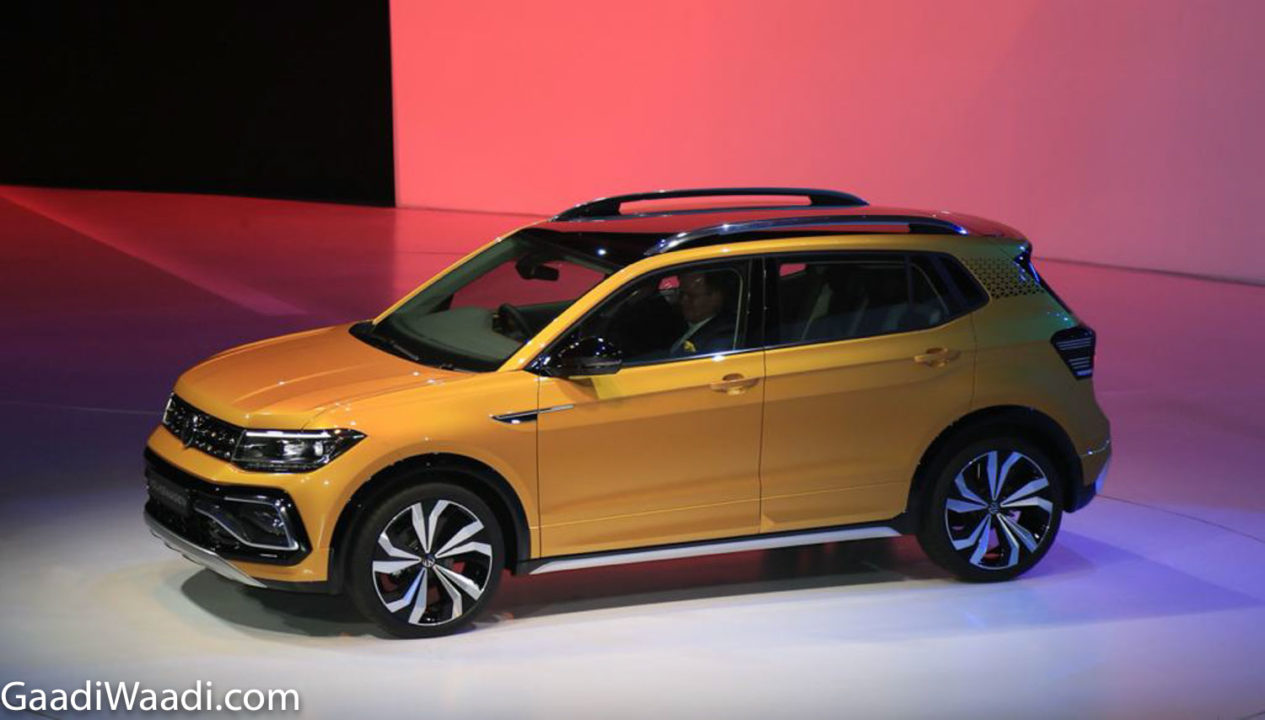 Speaking on the introduction of the new model, Jürgen Stackmann, Member of the Board of Management of the Volkswagen brand responsible for Sales, Marketing and After-Sales said, “We present the next big step for Volkswagen in India. The compact SUV is especially designed for this market keeping in mind the needs of the aspirational Indian customer. We’re confident that this product offers a perfect combination of sportiness and sophistication, making it the right choice for our valued Indian customers.“