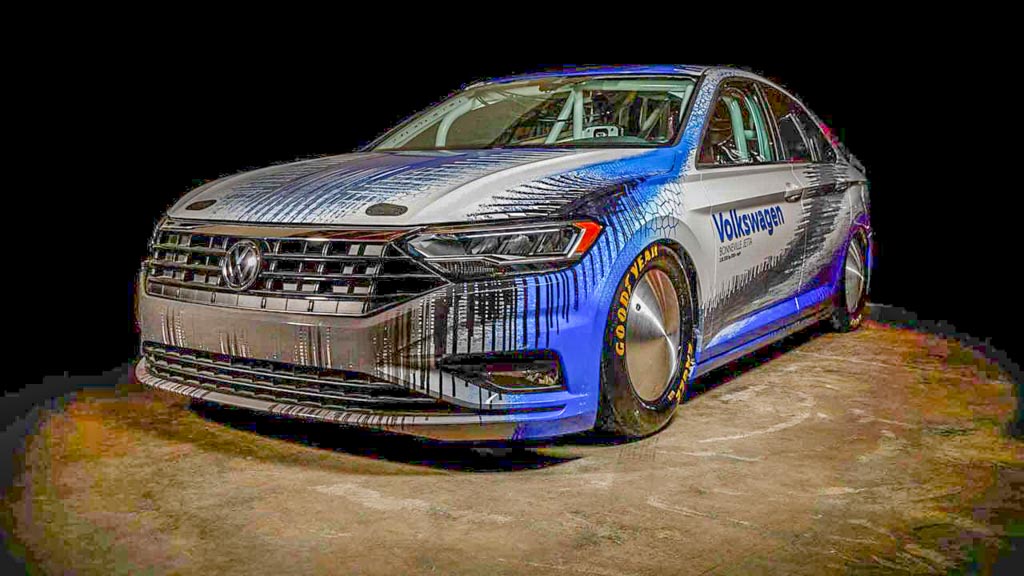 At the historic Lake Bonneville, the 500 HP VW Jetta will accelerate to a maximum speed of more than 335.5 kmph

Volkswagen is aiming to break the land speed record in the salt flats of Utah, just weeks after the successful run in the “Race To The Clouds” with its electric I.D. R Pikes Peak racer at Colorado. After the Pikes Peak Hill Climb, VW of American is preparing to break another record in the BGC/G class of the Southern California Timing Association on Lake Bonneville.

This time around a specially developed Jetta based on the latest generation model will be used. It is powered by a turbocharged four-cylinder TSI engine from the EA888 family, and is tuned to pump out a maximum power output in excess of 500 PS. The German manufacturer says a slightly detuned version of the same engine will also be used in the soon-launching new Jetta GLI.

At the historic Lake Bonneville, the heavily modified Jetta with its TSI engine will accelerate to a maximum speed of more than 335.5 kmph, in a bid to equal the current record in its class held by 543 PS Beetle LSR with 330.11 kmph top speed. Haven’t got an idea of how fast that is? For instance, the race machines on the legendary Hunaudières track tussle it out at speeds of 340 kmph in the gruelling 24 Hours of Le Mans.

The land speed record attempt is to showcase the potential of the more powerful Jetta GLI to the customers. The record-attempting car is very light in nature as the stripped out interior comprises of only driving controls, as well as racing bucket seats and a roll cage for extra protection. Volkswagen boasts that it has a low drag co-efficient of 0.27. 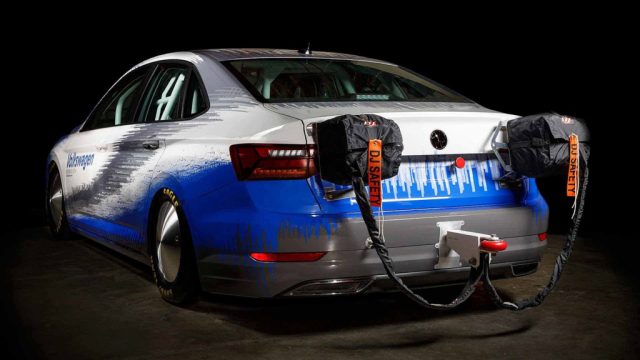 As in the I.D. R Pikes Peak that set the new record for the Pikes Peak International Hill Climb in the United States on 24 June, before shattering the record for electric vehicles in the Goodwood Hill Climb at the Goodwood Festival of Speed on 9 July, the aerodynamic factor was highly emphasised with high downward thrust on the modified Jetta.

It is developed by VW America in collaboration with Bonneville specialists at THR Manufacturing in Ventura, California with a number of technical refinements like lowered chassis, specially-made salt flats wheels and tyres, a limited slip differential for optimum grip, two brake parachutes in the rear end, and Bonneville graphics on the body. If this Jetta manages to break the record, it will be the fastest close-to-production VW ever to be put on wheels.