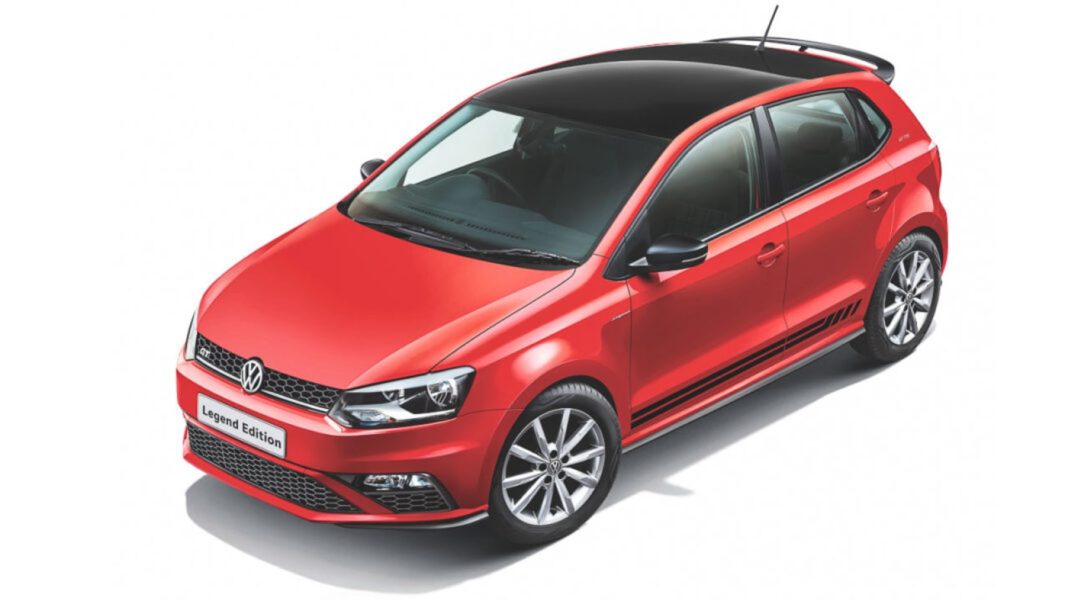 Volkswagen has launched Polo Legend Edition in India at Rs. 10.25 lakh, as the final edition of the hatchback before it gets discontinued here

Ever since Volkswagen India officially debuted the Virtus sedan to replace the ageing Vento, reports about Polo being discontinued in our market have been floating around the internet. Now, Volkswagen has introduced the ‘Legend Edition’ of Polo in India, priced at Rs. 10.25 lakh (ex-showroom, New Delhi), which marks the end of the hatchback’s run in India.

The ‘Legend Edition’ of Polo has the same design as the standard version, but with sporty graphics on the sides. The hatchback also gets black garnishes on the roof-mounted spoiler, and the roof is blacked out. Also, there’s a ‘Legend’ badge near both front fenders, to mark this as a special edition version.

Mechanically, the hatchback is the same as the GT TSI variant. VW Polo Legend Edition is available with a 1.0-litre, turbocharged, inline-3 petrol engine, with 110 PS and 175 Nm of peak power and torque on tap, respectively. It comes mated to a 6-speed torque-converter automatic transmission only.

VW Polo had entered production in India back in 2009, and it went on sale here in early 2010. The hatchback has seen a few minor aesthetic updates over the years. The design has started to show its age, especially in the cabin, but Polo still manages to look quite classy overall. However, it has seen plenty of changes under the hood since its launch.

Due to its brilliant handling and impressive performance, the hatchback is quite popular among auto enthusiasts in India. Prior to BS6 emission norms coming into effect, Volkswagen Polo had a diesel engine option on offer too. In 2013, the manufacturer had introduced a crossover version as well – Polo Cross – which had higher ground clearance and plastic cladding all around, but it didn’t remain on sale for long.