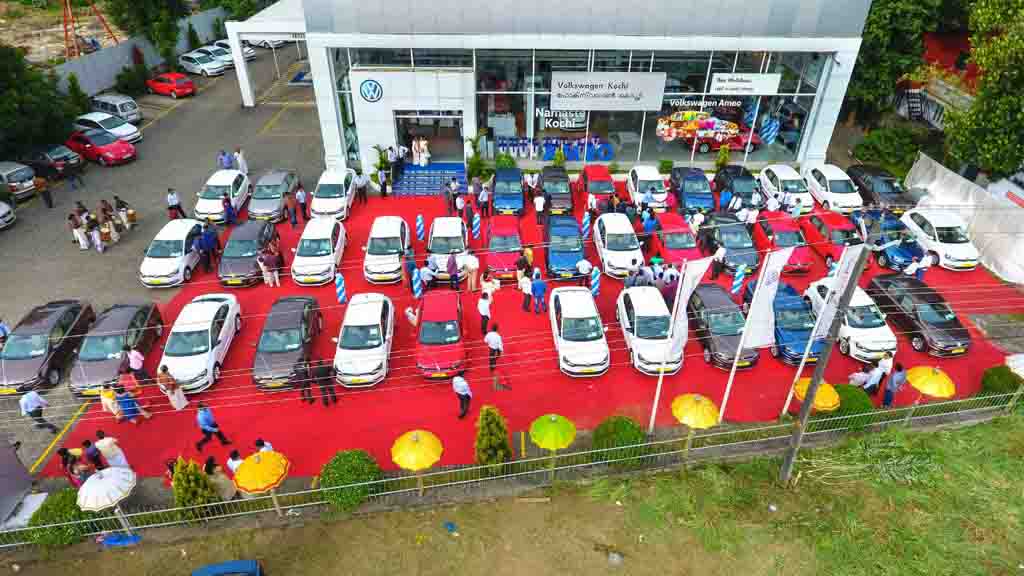 Volkswagen Kochi delivers 51 cars in one day; EVM totally rolled out 101 cars across all outlets in Kerala

EVM Volkswagen, the dealership group responsible to sell Volkswagen cars in Kerala has set a new record. The group has delivered a total of 101 cars in one single day. 51 one of them has been delivered from the Volkswagen Kochi showroom, while the rest of the showrooms delivered 50 cars. The sell has increased for the German brand on the eve of Onam.

The EVM Group has a total of 6 showrooms, across the state. These showrooms include Trivandrum, Cochin, Kottayam, Kollam, Perumbavoor, Cheranelloor. Apart from these it also has several sales outlets in Paravoor, Kayamkulam, Pathanamthitta, Alleppey, Thodupuzha, Thiruvalla. On the eve of Onam the group is also offering 10 gram gold coin to the customers on every delivery. In recent times, Volkswagen has recorded sales growth in India. In the July, 2016 the company sold a total of 4,301 units compared to 4,029 units in July, 2015. The Volkswagen Ameo brought the company quite good response. The first India specific compact sedan Ameo has fetched good sales figure in short span as well.